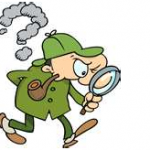 The Ambulatory M&A Advisor is proud to present a series based on the 2016 predictions in the Urgent Care market.  This anticipated information comes not from a crystal ball, but from the mouths of the CEOs and owners that see the changes in Urgent Care on a daily basis.  From M&A to operational predictions, this series will give an idea of what to expect in 2016 and the coming years.

Michael McMillan, CEO of Doctors on Duty states that even currently, there is a consolidation that is obviously going on because it is much more efficient and effective to operate multiple facilities, covering larger geographical areas.

Bill Miller, CEO of CRH Healthcare agrees that the trend of consolidation will generally continue and that it is not a surprise to anyone.

“I think the differences in 2016 are that there is going to be the rise of the middle layer.  They are not the biggest urgent care operators out there like the FastMeds and the Med Expresses, and they are not the highly fragmented bottom layer.  I am talking about the middle layer; the ten to fifty center operators around the country,” Miller says.

“They are certainly making tracks on consolidating their regions, and they will never catch the FastMed and the Med Expresses, but they are certainly becoming a bigger force in the M&A world where they can actually compete for these acquisitions, and they start owning different regions of the urgent care world.  Part of my background on that observation is the ASC business, where 7 to 9 years ago, we saw that middle layer rise in a similar fashion and grow.  I think that is what is going to happen here in urgent care.”

Christopher Rehm, CEO of After Hours Urgent Care in Denver, CO predicts that the market will see as much of the consolidation going North and South on the vertical lines with hospitals and other physician groups working their way into the urgent care space, versus urgent care centers aggregating and trying to take advantage of economies of scale.

“The bottom line is, we are going to be pressed in urgent care to not only create more service lines and optimize the revenue from the encounters that come in the door, but really I think over the next couple of years it is going to be a question of what kind of value can you contribute along the food chain and to the greater population health management protocol,” Rehm says.

“I think that is why you will see that vertical movement to the large hospital, ACOs, as they realize that they can’t necessarily focus on providing the level of services provided in urgent care.  I think you will see that they will count on the improvement of urgent care organizations to provide that service; whether it be in a joint venture, outsourced basis or some sort of management type arrangement.”

When examining the current trend of hospital health systems entering into joint ventures with urgent cares, McMillan says the interest in urgent care is truly there in hospitals.

McMillan says this is due to urgent care’s offer of a lower cost alternative to the emergency rooms and other hospital based services that tend to be more costly.

“These mergers serve as an opportunity for the hospitals to branch off and get involved in something that sees patients in a lower cost setting, but still has some strategic importance in the health system.

In our organization, we see 110,000 patients a year, mostly in the Monterey Bay, California region.  It’s high volume, and high volume generates referrals and diagnostic testing, and ancillary services that hospital-affiliated specialists would love to get.  One way that a hospital can help ensure that they get those referrals is just to make sure that they own and control those urgent cares,” McMillan says.

Miller says where urgent cares end up or how they end up being consolidated is up in the air because they are going to end up in all different places.

“It will be that the middle layer becomes an attractive target for the larger players that no longer want to do the 1 and 2 center acquisitions, but are looking at 20 center acquisitions. It is much easier for these to have a meaningful impact on their business as they continue to grow,” Miller says.

“It remains to be seen whether hospitals want to be owners, partners, or just loosely affiliated.  They are all very different.  I think if you looked at private equity owned urgent care operators, you would see that they operate and have goals that are similar when you cut across that ownership base.  Hospitals, on the other hand, all have different motivations and different ways to approach the opportunity.  I think individual hospitals are harder to tell exactly which way they are going to play urgent care.”

“I think the opportunity is still there,” Rehm says of private equity involvement.

“Interestingly enough, we have seen a decrease in the actual number of facilities over the course of the last few years.  Part of that is due to consolidation, part of that is due to separating the weeds with the smaller players.  The technology has become a great leveraging point, and the consumerism is here to stay as these organizations try to look for urgent cares and once again, look for that approach in creating more value in the broader food chain.  They are going to find a lot of new revenue streams, and I think the up side will still be there.  I think in order for some of the small to midsize players to play in that space, they are going to need capital, and I think that is going to keep the window open for private equity.”

McMillan says that he even sees movement happening in the operational sector of urgent care.

“I am actually seeing what I think is a fairly significant change in urgent cares.  It used to be that urgent care just saw episodic injuries or illnesses.  The patient walked in, you stitched them up because they cut their finger with a knife carving turkey.  You would have told the patient to go see their primary care physician for a follow up.  You were constantly referring the patient back.  I think the definition of urgent care is much more blurred now, and I think that there are three significant aspects of urgent care,” McMillan says.

As far as reimbursements and recent changes to the budget for healthcare in Congress, McMillan says that there was a period of enhanced reimbursement to physicians under the ACA who were willing to see Medicaid patients.

“The reimbursement in 2015 was not as good as it was in 2012, 2013,and 2014, but it’s still comparatively good for primary and urgent care.  My personal feeling is that hospital systems, clinics, and networks of urgent care have to become better at seeing and managing this patient population because it is so large.  We have to get more efficient at providing care; possibly by using more mid-levels like nurse practitioners and physician assistants, use more telemedicine, have nurses working on the phone with patients, and then use more population management where you are focusing more attention on the sickest patients in a population to keep the overall cost down.”

Is this issue likely to slow down M&A? McMillan says he is not entirely sure.

“Hospitals are highly interested in urgent cares as an opportunity to control the patients  and their referrals.  Hospitals are nervous about competing hospitals or provider systems getting a foot hold in these urgent care networks that might be in their service areas.  I think that will continue to drive the interest in urgent care.”