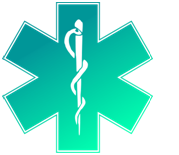 Since their implementation into the healthcare world in 2012, Accountable Care Organizations (ACOs) have become prominent figures in the healthcare business.  With promises of shared savings and more, it’s no wonder that providers and urgent care owners are working their way towards the model.  However, time changes all things and no model remains the same forever.  The Ambulatory M&A Advisor digs deeper into the ACO model of 2016 and answers the questions of what the model represents in 2016 and where it is going in the months leading up to an election year that has potential change looming on the horizon.

Jennifer Hansen, partner at Hooper, Lundy and Bookman says that with ACOs in 2016 there are several regulatory Issues involved with ACOs and the physicians that join them.

“One of the issues that I have focused on is the credentialing and peer review aspect of ACOs.  That pertains to confidentiality issues that can potentially face providers.  In addition to the Health Care Quality Improvement Act and the Patient Safety & Quality Improvement Act, different states have different confidentiality laws protecting peer review information.  Setting your ACO up so that providers can take advantage of those  confidentiality provisions to protect peer review documents from potential malpractice lawsuits while still allowing for the free exchange of information to improve quality of care is important,” Hansen says.

Hansen reinforces that an ACO’s purpose is to work together and coordinate care while agreeing to be accountable for quality and cost, and share in the savings, and potentially the losses associated with the care for assigned beneficiaries.

“There are different quality performance standards for ACOs that are measured for patient/care giver experience, care coordination/patient safety, preventative health, and at-risk populations.  Traditionally, hospitals have medical staffs that deal with confidentiality and peer review; but when you start bringing in the urgent care physicians and PCPs there are not as many quality metrics as you have with physicians who typically work in hospitals.  That’s one of the challenges…figuring out where you are getting the quality metrics for urgent care providers, and how you are protecting that information from potential malpractice suits by patients who may try to access any of that information,” she says.

Setting ACOs up so that they are compliant with federal and state laws that ensure maximum confidentiality but still allow the providers to engage in productive quality review is important, according to Hansen.

Mike Segal, partner and chair of the healthcare practice for Broad and Cassel says there has been an impact since the first Medicare shared savings program ACO went live in 2012.  Since then, Segal says there are several others of similar types, and there are a lot of commercial ACOs etc.

“I would say most of them have not made money for the people who created them.  Some of them have, and have made a lot of money.  A lot of it depends on what part of the country you are in where you do it.  For example, if you look somewhere were Medicare rates are lower, it is much  harder to achieve savings,” Segal says.

“I think that to the extent that people have been successful doing it, they have lowered costs, and they have provided care quality that is good enough to allow them to get funds.  It’s hard to argue that that hasn’t helped lower the cost of healthcare, and provide good quality.  It has clearly not achieved all of the progress that the government intended it to do, but it does take a long time for these things to be relieved of all of the kinks.”

“They can improve patient outcomes, cost efficiency, decreasing ER waits, allow patients better access and better satisfaction.  There are also market advantages that take place, as opposed to consolidating or merging, which allows providers to keep some individual autonomy while still obtaining the opportunity to work with other providers and have a referral source,” Hansen says.

“Obviously, physician hospital alignment would be another advantage.  Then, coming with the advantages, you have potential regulatory pitfalls which include fraud and abuse, HIPAA, privacy and security, dealing with IT and infrastructure as well as dealing with confidentiality issues.”

Julian “Bo” Bobbitt, head of the healthcare law practice at Smith Anderson Law Firm says that with newer federal legislation that may eclipse the ACA in importance, the healthcare system is now moving to pay for value and savings instead of fee for service.  Bobbitt says this is more focused on healthcare for communities and not individual sick care and could prove to be a further entry point for urgent care.

“Where that makes a tremendous opportunity for urgent care is that over 40 percent of patients in emergency rooms don’t have emergencies.  They default to that because they may not have a PCP, some people just can’t get to the doctors in rural areas, and sometimes there is just not an alternative.

“As an example, I was in Pinehurst, North Carolina.  I was talking to an ACO of physicians.  They were asking me how ACOs could improve healthcare quality, while at the same time lower healthcare costs.  I said that if they had urgent care after hours availability, it would translate into better patient satisfaction, better quality of care, more engagement for the health maintenance with a PCP, and would significantly reduce healthcare costs for that patient population.”

Another benefit that Bobbitt says ACOs give to urgent care is that urgent care would be courted because it may or may not be able to charge as much as alternatives for that care.  There are going to be times when they are going to be seen as high value models with their practices of higher value and lower costs.  If they can deliver healthcare with better access, less overall expenses, they will actually be courted by the new system and have a significant contribution to make in ACOs.

“The negatives I see are that frankly, being unprepared is not an option.  It’s not making an intentional knowledgeable decision about moving to value; it’s ignoring it as something that is transformative and somewhat stressful,” Bobbitt says.

“Federal legislation is massive and this is not some regulation that might be repealed.  It is happening; and you are looking at company cuts in existing reimbursement if you don’t move intelligently into a value model.”

The Future of ACOs

As far as the future of ACOs, Hansen believes that they will continue to remain strong despite any further regulations that may pass.

“I don’t know that the election is going to change the future of ACOs.  I think clinical integration is a part of our future whether it be ACOs or other options,” Hansen says.

As far as changes go in the future of ACOs, Bobbitt says there is a rapid growth cycle of ACOs now, and what’s happening is that people are forming ACOs but not properly constructing them.

“It’s still in its infancy with how to display measurements and metrics to accurately show your performance, and how to negotiate and get your merit based slice of that shared savings pie.  That takes a while,” he says.