ACOs and Other Partnership Benefits in 2017 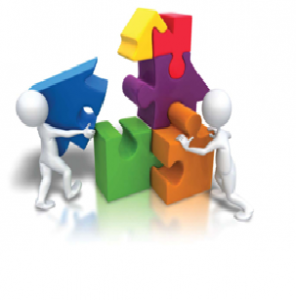 Healthcare partnership models are a topic that seems to be getting larger and larger since the passing of the Affordable Care Act several years ago.  With a new President in the White House, there have been moves to make changes to healthcare and several questions hang in the balance.  However, professionals say that one thing that will not soon change are partnership models like Accountable Care Organizations and Clinically Integrated Networks.  The Ambulatory M&A Advisor examines various models and explain the benefits they provide to the industry as a whole in 2017.

Adam Rogers, partner with DLA Piper says that in the legal areas of these models, each one has its own unique items.

“On a management only model where the management company is not a joint venture, in the hospital to operator context (as opposed to one structured as such for corporate practice or other purposes), that would usually come into play when it is more of an infrastructure or administrative back office need for the operator that doesn’t necessarily have the staffing or the expertise to run things on its own, or if the parties are trying to feel each other and the arrangement out before deciding whether to make a greater commitment.  It would then contract with a health system that would help them to do that,” Rogers says.

According to Rogers, in his experience, models that focus on the minority interest investment are seen more on the health plan side than the health system side.

“Really that is more about providers and payors becoming more aligned in terms of tying reimbursement to quality and cost and as providers transition with more risked based payment models.  We have seen an uptick in that activity that is more focused on the integration of quality and cost containment for the health plan such as the health plan utilizing the UCC to help direct its patients to a lower cost provider and will sometimes even use its influence on the UCC provider to beta test certain preventative or other programs for its managed population,” Rogers says.

Michael F. Schaff, Shareholder with Wilentz, Goldman and Spitzer specializes in discussing the ACO model in the healthcare industry.

“A lot of people get confused with the term ACO.  Technically, an ACO is an Accountable Care Organization formed for the purpose of participating in the Medicare Shared Savings Program. When an organization wishes to participate in private payer relations it would be called a Clinically Integrated Network (CIN).ACOs and CINs assist providers across the continuum of care to help deliver and address the triple aim, coordinated high quality care, control costs and improve quality and access,” Schaff says.

According to Schaff, ACOs are very helpful is controlling costs of chronic illnesses.

“The government came out with ACOs and basically  said ‘If you participate in this, and you could coordinate your care and to the extent that you save money, you could participate in shared savings, in essence  a kicker at the end of the year for a portion of what you save.’”

Peter Pavarini, Partner at Squire Patton Boggs LLP, and former President of The American Health Lawyers Association says that the timing of this topic is very interesting.

“Obviously, we are in the first few days of the Trump administration with the potential for a repeal of the law that created ACOs.  However, I believe the key takeaway is, regardless of the federal law, I think ACOs are here to stay.  I don’t think you need federal legislation to have them continue because they have been embraced by commercial payors now, not just Medicare.  Most of the major payors and health plans have some versions of ACOs in their offerings,” Pavarini says.

“I think what has happened since the law was initially passed is that the industry has embraced this as the direction that healthcare needs to go.  We need to build new models based on care coordination where providers, through EMRs and agreed protocols manage population health a lot better than they have before ACOs.  The jury is still out on how effective they are.  I think the Medicare data would say that most have not shown significant improvement in the efficiency of the model.  There have been some savings, but not a staggering amount, however, it is still early.”

In any event, Pavarini says there is a belief that the principles behind accountable care are sound, and even with a repeal of the ACA, I don’t see it going away.

As far as benefits and risk, Schaff says the participants in ACOs and CINs experience the benefit of being able to utilize proven and effective clinical protocols on  patient care, which should help in leading to better clinical results for patients.  Many ACOs and CINs  have spent significant money on  IT and infrastructure to assist in the coordination of patient  care.

Many CINs use  a medical home to improve care.  Medical Homes have many benefits for patients, including assisting patients in following doctor instructions, since many patients do is not take care of themselves even after the doctor provides instructions. For example, a care coordinator may  call the patient to follow up to  make sure they are taking medication timely and make sure that they  follow their  doctor’s orders.

Schaff says that a negative aspect in participating in an ACO or CIN is that everything depends on who your partners are and whether or not your partners are doing their job right.  Another potential negative is that over time, ACOs may become risk based which could result in reduced fees to the participants is the ACO is  not doing things right, which will end up hitting the provider  in their wallet.

Pavarini says the biggest risk of ACOs is that providers have to work with others.

“There is the issue of conceding some degree of autonomy to the ACO and its committee structure if you were used to practicing in a certain way.  For example, let’s take a surgery center.  You had a way doing a certain procedure, and suddenly the ACO adopts a standard that is different from yours.  To remain in that ACO you are generally going to have to follow that prescription.  This is not without exception, there is always latitude given that the physician making the decision is going to have a certain degree of freedom, but the rewards may not be there if you are not compliant,” he says.

Pavarini says there shouldn’t be much financial risk, but there could be.

“If you are in one of the models that has upside and downside, you could actually lose money.  Probably the biggest issue is the cost of being good at ACO types of healthcare delivery.  You have to have the IT infrastructure; despite everybody moving into a digital health age, some are more advanced than others.  It may involve an investment that some just can’t make as quickly as they need to. The risk is that you may make a significant capital investment and not see a return on it in years,” Pavarini says.

“The last risk factor is that this is very evolutionary.  We don’t really know where this is all going to be in a few years.  Uncertainty is a risk in making any business decision.  All of the things that are expected of you in an ACO are at a cost, and for some the cost may be significant.  Some of the groups that we work with have taken many physicians out of clinical practice and they are now administrators, still being paid well.”

“I think the whole movement is towards a patient-centered retail medicine focus.  One thing that came out of Obamacare is that patients now have more skin in the game with higher deductibles, and as a result are shopping more prudently.  If they think they can have that procedure done more cost effectively aside from the neighborhood hospital, they will seek out the alternative.  The flow has moved away from the big box hospitals to lots of different outpatient settings.  As a result, all of the cards are pointing to a greater expansion of this trend headed by major health systems both nationally and regionally,” Pavarini says.

“To make Partnership work, two words come to mind quickly, communication and transparency.  At the end of the day, if you are able to communicate with your partner it will lead to success.  It’s like a marriage, lack of communication causes problems.  Even if it is not what the other party wants to hear, at least you can understand where the party is coming from so you can solve the problem before they develop into larger problems,” Schaff says.

Pavarini says that most clients are looking for some business advice, and if they are not, they should be.

“You start with what the objective is and what they are trying to achieve with this partnership.  If your objective is not the same as the would-be partner, it is not going to work no matter how great the contract is.  You have to have a common set of goals.  I think you have to agree to an open channel of communication. All of it comes down to how good the information flow is between the parties and how they can make joint decisions quickly and effectively,” he says.