Where is healthcare going? Perhaps the same place you are!

As reported by CNBC, Las Vegas’ McCarran International Airport recently cut the ribbon on an urgent care center located inside one of its terminals. McCarran Medical Clinic and Pharmacy comes complete with a full-service pharmacy, an on-staff physician and a physician’s assistant, according to the report.

However, McCarran isn’t the first airport to see the value in having urgent care on campus. Rather, there are at least five airports within the US that boast their own medical facilities on site. 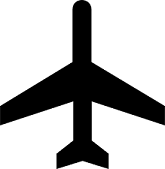 Catching illnesses in transit is not a new concept for frequent flyers. With such cases as allergic reactions, dehydration or even heart attacks affecting travelers, having an urgent care center at the airport might seem like a no-brainer.

“If a passenger is coming from another country, even, we can see them almost immediately and give them medicine all before their next flight,” said Dr. Neil Sol, Medical Director at SFO Medical Center (a department of St. Mary’s Medical Center in San Francisco, a part of Dignity Health). “There are no delays. We help people make connections, and we help solve their problems when they get off airplanes.”

For Dr. John Zautcke, Medical Director at O’Hare Medical Clinic (a satellite center of the University of Illinois Hospital), the size of many of the nation’s largest airports is a factor in favor of urgent care on campus.

“O’Hare is so large that it has its own zip code,” he said. “Airports are almost like little cities in and of themselves. There are a lot of people travelling through airports, and there’s typically nothing in an airport in terms of medical care. People who need care often have to leave the airport and risk missing their flights. We felt there was a need there.”

That need goes further than urgent care, however. The clinics in both SFO and O’Hare operate as occupational health centers for airport employees as well as for businesses and corporations in the surrounding areas.

“Airports are extremely labor intensive,” he said. “Every piece of luggage requires hands. TSA and baggage handlers are in awkward positions picking up awkwardly shaped luggage. One of the reasons we’ve been successful is because here people don’t have to send injured workers miles away for care; they are taken care of locally. That’s been a wonderful source of income for us.”

The uniqueness of such a concept as an urgent care center in an airport begs the questions of profitability. In Dr. Lebow’s experience, offering a wide range of services is helpful to the success of the center.

“I think it’s a hard business model unless the center can do other services other than just being traditional urgent care,” he said. “Some of the additional services might be travel vaccines or workers’ comp.”

Another service that is particular to the airport setting would be travel medicine.

“Travel medicine is a very unique aspect of medicine,” Dr. Sol said. “People come in and if they’re travelling anywhere in the world, we know what diseases are endemic based on a CDC report we get out of Atlanta on a minute by minute basis. We carry every vaccination for anyone to travel to a certain country.”

Due to a unique location, Dr. Lebow’s center also caters to the needs of the community. While the medical centers at SFO and O’Hare are located inside airport terminals, Reliant Immediate Care Medical Group operates out of its own building located on LAX real estate and has been doing so since 1984.

“We have two faces: one that services the employees within the airport and the other faces outwards toward the community,” he said. “During the day, we treat more airport employees and passengers. Then, in the evening around 7 or 8 o’clock, we become more and more of a community urgent care center. Our solution has always been to get as close to the airport as possible and try to make it on a combination of both airport and community work.”

Dr. Sol explains that the clinic in SFO is a vendor of the airport which has been around for about 38 years. This provides advantages for the airport as well.

“The airport pays our hospital a fee for us to be here,” he explains. “One of the benefits that they get out of it is their employees are cared for at no expense. It’s like any corporation that provides care for their employees; it’s going to cost a certain dollar amount. The airport decided they were going to put that towards having us here.”

The money brought in by the center technically, then, belongs to the airport, which in turn pays the center any difference to break even. The difference between the urgent care center and the other airport vendors is that the goal for the center isn’t necessarily to make a profit.

“We are there by the good grace of the airport to provide care for the employees and to the entire airport community, and then also to the corporations in close proximity to the airport,” Dr. Sol said. “We collect money from everybody but the airport. They pay us a fee that covers our expenses if we have a short fall.”

Dr. Zautcke notes that in order to bring more patients in, you have to find ways of letting them know where the clinic is.

“Signage is all important,” he said. “Obviously, passengers aren’t going to know where a clinic is right away. Getting the word out to passengers and employees is paramount. If they know we are there, passengers will utilize the service, especially now in the days when you have to get to the airport two hours early. It’s all about letting people know you’re there.”

Surviving in an Airport Setting

Despite all the positives in having an airport take on an urgent care center, the practice is not exactly commonplace. This is due in part to the fact that the business model itself can be complicated and it may not provide for very much profitability if not executed properly.

“It’s tough to make ends meet,” Dr. Zautcke said. “We must see a certain number of patients each day to break even.”

However, Dr. Zautcke feels that if an airport is willing to make the right accommodations and the overall climate is permissive, then we could be seeing more urgent care centers in airports.

“I think a lot of airports perceive that if someone gets sick on campus then it’s just as easy to ambulance them off to a local hospital or a local multi-specialty group that’s in close proximity to the airport,” explains Dr. Sol. “In our experience, the SFO airport has a strategic goal of being considered one of the best airports in the US, if not the world, and they swear by the fact that you must have a clinic. In the case that a disaster could occur at the airport, our clinic plays a role, and it’s a very critical role.”

There are many factors that go into whether or not an urgent care center will survive in the airport setting.

“The future of airports and a medical facility in a terminal will depend on the foot traffic that goes by, a good location, and other revenue streams,” Dr. Lebow said. “Some may be able to do it just based on the employees of the airport. If you position yourself correctly you should be ok.”

It is not quite easy to receive funds through other external resources, generally to deal with health care needs. Very popular penicillin antibiotics that fights bacteria. These drugs does not treat a viral infection like a common cold. Kamagra is a cost effective remedy for helping men to sustain an hard-on. What about online cialis and cialis online? When you order medications like Kamagra you have to know about how to buy cialis safely. Other matter we are going to is undefined. Like many other medicines, Kamagra is also confidential accordingly of it’s active ingredient. Keep reading for a list of medicines that may cause health problems and what you can do to prevent probable side effects. The most common potentially serious side effects of such medications like Kamagra is back pain. This is not a complete list of feasible side effects and others may occur. Internet is a unimprovable way to find a physician in your area who treats this kind of dysfunction.