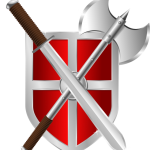 If you’re an owner, operator or practicing physician at an outpatient care center, you should be aware of the different kinds of protection you can have for your assets. If you’re faced with litigation, or creditors come after you, you won’t have as much to worry about if you know that your assets are safely secured in a trust.

Asset protection trusts can be structured a couple of different ways.

“With plain, vanilla, irrevocable, third party trusts, the person who creates the trust cannot also be a beneficiary of the trust,” Wayne Patton, asset protection attorney at the Law Office of Wayne Patton, says. “You could set up a trust for your children, or a spouse, and make them beneficiaries, and those assets can be used by your children, or spouse, and they’re probably pretty safe from your creditors, as well as any of the beneficiary’s creditors. But you, as the creator of the trust, don’t have the ability to use those assets.”

“You create third party trusts for someone else’s benefit – you create and fund the trust, but you are not a beneficiary of the trust,” Gideon Rothschild, partner at Moses and Singer, says. “As long as the person funding the trust is not also a beneficiary, that trust is protected from any of the beneficiary’s creditors, as long as the trustee is not required to distribute the funds.”

Ike Devji, asset protection attorney at Pro Asset Protection, says that it is incredibly important to understand the discretionary provision for distributing assets in a third party trust.

A second type of trust is the domestic asset protection trust (DAPT), also known as a self-settled trust.

“The settler or the guarantor (the person who forms the trust) is also allowed to be a beneficiary of the trust, and receive asset protection,” Patton says. “A third party trustee would have to administer the trust, but theoretically, the assets inside the trust are protected from creditors.”

Currently, only 15 US states recognize and provide protection for the assets inside a trust where the creator is also a beneficiary. These states include: Nevada, South Dakota, Tennessee, Ohio, Delaware, Missouri, Alaska, Wyoming, Rhode Island, New Hampshire, Hawaii, Utah, Virginia, Oklahoma and Mississippi.

“The public policy all along has been no protection for assets in self-settled trusts, but these 15 states have changed the rules,” Patton says. “But here’s the problem: DAPTs don’t work if your state won’t recognize it, and it won’t work if you have assets outside of the DAPT state.

“If you’re a physician or owner/operator that lives and practices in one of those 15 states, and you create a DAPT before any problems arise, then you should be 100% protected, and there is no reason to go offshore,” Rothschild says. “However, if you live in Texas, for example, there’s no reason for a Texas court to acknowledge a Nevada DAPT. They’re not going to recognize that trust as a valid trust, and they’re going to allow a creditor to reach those assets.”

Devji says this is where the full faith and credit clause comes into place.

“The clause says that a judgment from the court of any state in the US is good and enforceable in any other court in any other state; that judgment is given full faith and credit, and it is enforceable,” Devji explains. “The problem with DAPTs is that they are subject to the full faith and credit clause. If you are a practicing physician in Arizona that sets up a Nevada DAPT, and then gets sued by a patient in Wisconsin, then you are asking the Wisconsin judge to ignore their own verdict and judgment against a defender in favor of the laws of a state in which they do not sit, and the defendant does not sit or live either. A judge will be less inclined to follow through with that.”

“If the assets are physically offshore, then the creditors are not able to get to them,” Rothschild says. “The foreign jurisdiction has no obligation to the US courts.”

“My preference is to rely on the offshore jurisdiction because it takes the discretion in deciding to either honor the protective value of the DAPT away from the US court system, and puts it in the jurisdiction of a foreign court, with foreign laws that you have intentionally handpicked because it provides you the most security,” Devji says. “It’s also stronger than a domestic trust because you pick the jurisdiction that says if you validly create a trust here, no foreign (in this case, the US) judgment is good against it, meaning the US can’t come in and take your assets.”

Devji says there is a midpoint between a domestic and a foreign trust called the bridge trust.

“I call bridge trusts portable asset protection trusts; they have provisions built into it that will allow it to move to an offshore jurisdiction upon the happening of a certain event like a potentially catastrophic lawsuit,” Patton says. “And you can put portability provisions into any trust. If you have practices in multiple states, you definitely need to have portability provisions in your trust that allow it to move offshore, if you’re not offshore from day one.”

In addition, with bridge trusts, Patton says that if there is a threat of litigation or someone coming after your assets, liquid assets, like cash, can be up-streamed out of businesses and sent to an offshore bank account, out of the reach of the US courts.

“Operating businesses can be leveraged,” Patton says. “An offshore bank account can give a loan against an existing business and against real estate in the US, and once assets are encumbered by debt like that, they become very unattractive to creditors. Business operators still operate their business, and make a living, but it’s not worth anything to an outside creditor.”

However, Patton says it’s especially important to make sure that your bridge trust has anti-contempt of court language in it.

Patton also says that if you want your assets to be in foreign jurisdiction, you have to actually move the trust offshore.

“You have to take an action step to take the trust offshore if you’re sued,” Patton says. “However, if you create a foreign trust from day one, you don’t have to do anything else. Let the lawsuits come if they do.”

Patton says there is one other type of asset protection trust: a special power of appointment trust.

“It is a completely domestic trust that says the trust creator reserves a special power of appointment that they can name any beneficiary at any time,” Patton says. “If you own a business, and you create a trust, you can name your spouse and children as beneficiaries, and leave yourself out. But, you can always give your spouse ‘x’ number of dollars, and they can just deposit that money into your joint bank account.”

Patton says that having a special power of appointment Is important, because it’s not considered an asset in the bankruptcy code.

“Even if you were to declare a bankruptcy, you wouldn’t have to include the trust’s assets as part of your estates,” Patton explains. “This is actually a pretty effective way to create asset protection, but it’s not as good as an offshore or bridge trust.”

While asset protection trusts are a great method to protecting your hard-earned assets, Devji says they have to be formed correctly.

“You hear people getting in trouble all of the time for having an offshore bank account, but the problem is, they simply didn’t fill out the tax report,” Devji says. “If you fill out those forms, there is no problem. For those who are afraid of an offshore trust getting audited, it is tax neutral and legal. It is recorded, but it won’t save you any money on taxes.”

Devji also says that a myth of asset protection that doctors usually believe is the idea that these things are a secret, and should be kept secret.

“That is absolutely wrong – there is no such thing as secrecy,” Devji says. “There is such a thing as privacy, but the minute you are sued and served with a discovery, you are going to have to list every corporation and partnership that you are a member of, and any trust that you are a creator, trustee or beneficiary of.”

“Whether the trust is domestic or foreign doesn’t change how it’s structured,” Rothschild says. “They’re structure for the person who’s funding them, and if they’re respected depends on where that person lives. They should be effective though, as long as you create the trust before any problems happen.”

“If your trust has the appropriate portability language and anti-contempt of court language, even if it has no protection under US law, it can have a lot of protection if it has the ability to move offshore under certain circumstances,” Patton says. “You’re putting a strategy in place to make it nearly impossible, if not completely impossible, for creditors to get their hands on your assets.”

It is not quite easy to receive funds through other external resources, generally to deal with health care needs. Very pops penicillin antibiotics that fights bacteria. These drugs does not treat a viral infection like a common cold. Kamagra is a cost effective remedy for helping men to sustain an erection. What about online cialis and cialis online? When you order medications like Kamagra you have to know about how to buy cialis safely. Other matter we are going to is undefined. Like many other medicines, Kamagra is also classified ergo of it’s active ingredient. Keep reading for a list of medicines that may cause health problems and what you can do to prevent probable side effects. The most common potentially serious side effects of such medications like Kamagra is back ache. This is not a complete list of feasible side effects and others may occur. Internet is a perfect way to find a physician in your area who treats this kind of dysfunction.