Behavioral Health Investments on the Rise 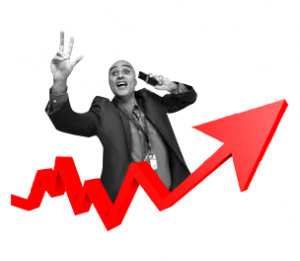 Private Equity Groups have had their eye on the behavioral health sector over the last few years and the number of investments in the area continue to rise.  Although there is investment in the area, professionals do say that there continue to be stigmas and misrepresentations surrounding such an important area of healthcare.

Why Investing in Behavioral Health is Fruitful

William Bithoney, MD, FAAP, Managing Director, Chief Physician Executive with BDO Center for Healthcare Excellence and Innovation says that when examining the issue he thinks that one has to look at the reimbursement contracts that the behavioral health entity has.  There could be a lot of variability in how much people are reimbursed for the same services.  You want to look at the case mix as well.  The mix of diagnoses that an entity has can result in great variations in reimbursement.

“Behavioral health is a huge area; there is in-patient, residential, partial hospitalization, outpatient therapy, abstinence based substance abuse therapy, medication assisted substance abuse therapy and much more.  There is a huge variability in both reimbursement and future clinical need based on this.  Also investors may want to focus on purchasing programs that use evidence based medicine, proven therapies, and avoid programs that use strange, unusual or unproven therapies,” Bithoney says.

“For example, we looked at a program whose clinicians believed that if you put rocks in a patient’s pockets and had them walk uphill the patients would sweat out their addiction.  There is no evidence that that works so insurers don’t want to pay for programs like that.  They only want to pay for programs that have literature proven, peer reviewed and thus evidenced based, therapies.”

“In our society you are starting to see a much greater acceptance of the kinds of issues that fall within behavioral health like psychiatric issues, addiction.  These are beginning to be understood and seen like any other disease and the stigma around it has been dramatically diminished,” Andersen says.

Andersen uses addiction as an example and says the rate of addiction is very high and increasing.  Effectively right now, the demand for services outstrips the supply, but there is funding to provide that supply.  That is a great equation for private equity, because they know that there is going to be continued growth in the sector of almost any company that they invest in.

“Are they on Medicaid, on Medicare?  Are they uninsured?  Are they completely self-pay? However there has been a sea change in reimbursement since Congress passed the Mental Health Parity and Addiction Equity Act in 2010. (MHPAEA)

This law mandates that insurers must treat all behavioral health issues with the same level of responsiveness as they treat medical issues.  In the past you saw people with mental health disorders who would be denied hospitalization by their insurers repeatedly.  On the other hand, when a physician would suggest admission for Diabetes they would be admitted straight away,” Bithoney says.

“Unfortunately initial compliance with the law was not as positive as expected.  That resulted in the passage of 2  subsequent laws which  put penalties for noncompliance into the MHPAEA Act.  As of 2015, the Attorney General in NY had sued five different insurers and collected several millions of dollars because they did not comply with the MHPAEA Act.  This has led to insurers paying much more frequently and appropriately for behavioral health and addiction care.

This sea change in reimbursement is not dependent on the ACA (Obamacare), but is dependent on a law that is already in place.  Therefore, the potential repeal of the ACA will not affect this and Congress would have to repeal that law or the Supreme Court would have to declare it as unconstitutional in order for this reimbursement improvement to be struck down.  Both of those possibilities are unlikely. ”

Misconceptions in the Field

“I think first off all, there is still the view that these are not diseases like other medical diseases and that the treatments that are available are not as effective as treatments for other medical conditions.  The response to that is that in many cases the treatments are as effective as other treatments but the research is clear that they have biological aspects to them.  I would say that is the number one misconception,” Mark Covall, President, CEO of National Association of Psychiatric Health Systems says.

Covall adds that the other perception is there are times when an adverse event occurs in a facility and the media blows it up much bigger than it really was related to the incident itself.  There is always a risk with any type of treatment for any type of medical disorder.  In the case of behavioral health, one of the worst adverse events is suicide or problems in the facility with the respect to patients who are very acutely ill and may act out.  Those are the kind of events that occur very seldom and what happens is that because behavioral health is still stigmatized as not on the same level as other medical illnesses, the media and policy makers see the industry as a fundamental flaw.  Investors then get nervous about adverse events and the impact it would have on the business.

Andersen admits that there are some elements of behavioral health that he thinks are very problematic.  For example, when private equity invests in companies there are two things that they try to avoid.

“One of them is out-of-network reimbursement; you see a lot of companies that have very big margins where most if not all of their patients are being reimbursed by insurance companies on an out-of-network basis.  For some reason, insurance companies in these situations very often reimburse very big numbers.  That can’t continue and at some point they have got to wake up and stop doing that.  If you see a company that has got incredibly high margins and all out-of –network reimbursement, you have to figure that at some point that is going to change.  It is a big red flag,” Andersen says.

“The other is lab services.  In addiction, you want to test that people are staying off drugs.  Some of the lab testing reimbursements are exceptionally high, and those are going to come down.  If the company is gaining a lot of profitability from the lab segment, that is another red flag because it is not likely to continue.”

A Look at the Current Market

Bithoney says the market has been quite vibrant and dynamic for both substance abuse programs and all behavioral health programs.  That is due to a combination of factors.

“For example, no national behavioral health entity owns more than one percent of the behavioral health market.  It is a market that is ripe for consolidation and roll-ups.  These roll-ups can result in improved clinical and financial performance. They provide clinical practice guidelines that clinicians follow to give the most efficient, effective, research based care that is highly reimbursable.  Such consolidations can also result in improved, standardized billing strategies resulting in higher collection rates,” Bithoney says.

Covall says that overall, the trend is really no different than a few years ago; it has been a very steady up-tick.  There has been more consolidation that has occurred in the private psychiatric hospital part of the business.  There is more attention now being given by private investors in the addiction treatment sector as well.

On the psychiatric hospital side, Covall says the market is more consolidated with two publicly traded companies.  There are privately held companies as well; so there may seem like a bit of a pause on the private equity area with psychiatric hospitals but I think that is still an area that has potential as well.

Bithoney says that as interest rates go up, the growth rate of the M&A market may change, but right now the combination of a fragmented market and historically low interest rates is still important in behavioral health.

“I’m not exactly sure what will happen in 2017 as interest rates go up.  Behavioral health is a market that has now gotten a marked increase in legitimacy since the passage of the MHPAEA.  In the past, reimbursements were low, slow and nonexistent.  Now, insurers are essentially being forced to the plate to pay for behavioral health services,” he says.

“Private equity investors might look at employing specialty companies to assist them with the valuation of behavioral health entities. We can evaluate whether the potential behavioral health acquisition target is doing evidence based medicine and whether their contracts are good and will continue to produce good reimbursement in the future. Past performance is no guarantee of future performance.  Reimbursement rates will likely increase for the best programs and shrink for behavioral health programs that cannot demonstrate excellent outcomes.”