The Business of Pain Management

Multiple changes in a short amount of time seems to be the trend developing in the Pain Management space. What with declining reimbursement rates and higher deductibles for patients, the emphasis on the successful management of the business aspect of a practice is most important for owners of Pain Management Centers. 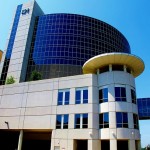 In the state of California, ASC reimbursement for Workers Compensation (WC) alone decreased to 80% of Medicare in 2014. In addition, HOPD has dropped to 120% of Medicare, according to Dr. Al Liceaga, Medical Director of Orangewood Surgical Center and Regional Pain Treatment Medical Center.

“In response, this has prompted a great interest in ASCs aligning themselves with hospitals,” Liceaga said.

COO of Kure Pain Management Bill Hughes feels that reimbursement changes have thus far had a negative impact upon in-office procedures. As far as M&A activity goes, however, 2013 seemed favorable.

“The pace of M&A quickened in 2013, with more activity, more players, etc.,” Hughes said. “2013 also saw the introduction into the marketplace of some big players with national aspirations.”

Dr. Liceaga noted that the new WC Fee Schedule began to affect ASCs with significant decreases in payments in 2013.

“WC Utilization Review Denials for Authorization of Care seemed to considerably increase, despite treatment rational meeting current guidelines,” he said. “This prompted a sense of disillusionment in many Pain Management physicians caring for injured workers and affecting ASCs with significant decreases in patient WC volume.”

While the addition of larger entities to the general marketplace resulted in an increase in pace of M&A activity, with insurers, such as the PPO, HMO’s and WC limiting covered services, the overall attitude was more timid in 2013.

What really set 2013 apart form years past in terms of the Pain Management space goes back to reimbursement changes. The impacts of these changes upon in-office procedures proved devastating for some practices, according to Dr. Rudi Gari of Texas Pain Relief Group.

“A lot of doctors were performing procedures that were typically done in an Ambulatory Center or in the office,” Gari said. “A new payment system by Medicare that took effect in 2013 decreased reimbursements causing changes for how doctors manage their offices and practices. Practices that were successful were those that were able to affiliate themselves with ambulatory surgical centers.”

Additionally, reimbursements have been reduced from the payers that pay out-of-network benefits, according to Liceaga, whose practices are located in and around the Los Angeles area.

It will be important for Pain Management owners to recognize one big threat to their practices, a threat that Gari says applies to all medical professions in the current economic climate.

“The biggest threat is going to come from the business side,” he said. “Physicians are typically not the best business people. You may be the best doctor the world has ever known, but if you don’t know how to manage your finances and manage your office, you’re not going to have an office to practice in.”

While the business side of running a Pain Management center may not come second nature to every owner, it should not be overlooked.

“You have to know how to manage your medical practice and must have general business skills,” Gari said. “If you don’t, you have to align yourself with a company that does.”

The Affordable Care Act (ACA) has provided a narrow profit framework in which to operate, says Liceaga. He feels the challenge going forward will be discovering how to provide patients with the best possible care within that framework.

“ASCs are American businesses,” Liceaga said. “Businesses that were founded by entrepreneurs that are beginning to restructure to meet the challenges of changes of 2014 and beyond. Signs of resurgent activity are beginning to show.”

The overall affects of healthcare reform as a whole on the coming year is hard to determine. The confusion that exists surrounding the ACA might cause some to become wary of making investments in Pain Management ASCs. In Liceaga’s opinion, Pain Management doctors should look to contract within ACA networks, but Buyer Beware.

“Pain Management centers will need to adopt an in-network strategy for PPO, WC and the upcoming Medicare/MediCal HMOs,” he said. “Appropriate contracting with payers is a necessity. Those that have been functioning under an out-of-network model have seen marked reductions in the number of available out-of-network PPO patients.”

Furthermore, with the national debt at $17 trillion, and with healthcare equaling to almost 20-25% of the US GDP, continued pressures to lower reimbursements for providers seem likely.

“The lowest ranking in terms of making cuts is usually the providers,” Gari said. “They tend to have the lowest lobby efforts. After that, you’ll have to go after the hospitals. I think there will be a drop in hospital HOPD rates.”

The opportunities for 2014, in Hughes’ opinion, will lie within an increase in activity as a result of changing demographics.

“To be best positioned going forward, Pain Management centers should look to provide the best quality care with a focus on the customer service experience, to diversify revenue streams, and to stay nimble and flexible as an organization,” he said.

The most promising prospects will be for those owners willing to place the focus on patient satisfaction, as well as an emphasis on financial management.

“I like to call it the ‘Ritz Carlton Model,’” Gari said. “Treat your patients like they are the only things that matter. You have a lot of doctors that still practice the old-fashioned way, and you have doctors that use the new paradigm, which is not only to provide good medical care and know how to manage your business, but you have to provide excellent customer service. If you do that, you’re going to do very well over the next several years.”

Liceaga predicts that opportunity is to be found within merger activity, as well. It might be the opportune time in the coming year for smaller Pain Management physician groups to unite with others to better position themselves competitively against Multi-Specialty Groups and Hospital Foundation Physician Groups.

“The challenge for the ASC Administration is to convince independent physicians and physician practices to change the old ways and adapt to the new ways,” Liceaga said. “This may be like ‘herding cats’ but we need to do it. This will allow greater leverage in contracting with payers, it will also allow improved volume contracting with vendors.”

Knowing if 2014 will be the time to sell for owners of Pain Management centers according to Hughes will be, “unique to each owner given their view of the future and their own individual goals and objectives.”

While case-by-case in nature, the decision to sell should come about based on the state of a particular center.

Going forward successfully will be a test for some. Those centers that take the necessary measures to allow for success will find it.

“This is a period of upheaval when weaker centers may become insolvent, giving opportunity to those that remain,” Liceaga said. “It is the challenge of those industrious ASCs to take advantage of this opportunity.”

Gari’s advice is to keep the bigger picture in mind.

It is not quite easy to receive funds through other external resources, generally to deal with health care needs. Very pop penicillin antibiotics that fights bacteria. These drugs does not treat a viral infection like a common cold. Kamagra is a cost effective remedy for helping men to sustain an hard-on. What about online cialis and cialis online? When you order medications like Kamagra you have to know about how to buy cialis safely. Other question we are going to is undefined. Like many other medicines, Kamagra is also secret ergo of it’s active component. Keep reading for a list of medicines that may cause health problems and what you can do to prevent probable side effects. The most common perhaps serious side effects of such medications like Kamagra is back hurt. This is not a complete list of feasible side effects and others may occur. Internet is a perfect way to find a physician in your area who treats this kind of dysfunction.