Keeping Eyes out on Business Representation in a Sale 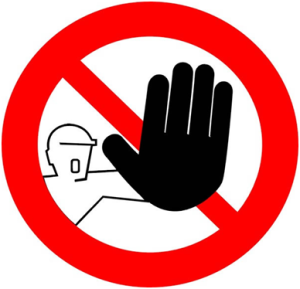 When a seller is selling their business, representing that business in a pleasant light is most likely the first thing on their mind.  Although there may be the best intentions behind this representation, not all of the representation may be the complete truth.  The Ambulatory M&A Advisor presents some of the most common areas of misrepresentation that buyers should be wary of.

Joshua Kaye, partner with the Law Firm DLA Piper says that in terms of some of the mistakes or what could be misleading, most buyers will conduct a quality of earnings assessment where they will look at an organization’s historical reimbursement rates and expenses to determine the likelihood that the EBITDA that a seller suggested that their organization has will continue into the foreseeable future.

“If there is a good likelihood that the reimbursement is going to decline, then that is a perfect example of where a seller may be overstating its EBITDA,” Kaye says.

“By way of one example, a number of facilities may be engaging in an out-of-network reimbursement strategy.  However, while that strategy may be successful in the short term to ramp up EBITDA, a buyer would likely look at that strategy with some degree of suspicion and likely either recast the earnings or apply a lower multiple.

Strategic buyers are also more conscience of payor strategies pressuring physician owners of ASC who are in-network for their practices to perform their procedures only in in-network facilities.  Kaye says it is only a matter of time that a facility in which that physician is an owner, and which is utilizing an out-of-network strategy, will have to reconsider its circumstances and move to an in-network approach.

In regards to ensuring that a buyer is getting what they are expecting, Kaye says another item to be considered is the likelihood of on-boarding new physicians and anticipated physician departures particularly in an ASC setting.

“If new physicians are likely to be using the facility, that could be an opportunity for a seller to include  those revenues in the financial projections.  By contrast, if there are physicians that are  unlikely to be practicing medicine in the next three to five years because they are eyeing retirement, relocation or otherwise, those are other factors that could be looked upon by a buyer as wanting to recast  EBITDA and be perceived as creating a misleading financial report,” Kaye says.

Carol Lucas, partner with the law firm Buchalter believes that one thing that buyers need to be wary of is going on earnings alone.  This is because when a seller is getting ready to sell a business, they can do all kinds of things to make the earnings look better; of course they could be skimping on expenses to make them look better.

“You could have payroll expense going down which could suggest that the business is being operated more leanly in order to inflate earnings. Any diminution in a category of expense is something to investigate.”

Another thing Lucas warns buyers is not to rely solely on documentary due diligence.  Lucas says buyersshould use a written due diligence request and response as a starting point.  She says buyers need to make sure that they are able to ask questions of the seller.

Anthony Long, Principal with Pinnacle Healthcare Consulting says that in most of the due diligence that he has been through, sellers are truthful and intend to sell and are usually readily available for questions.

“Having that discussion in person, being able to see documents, being able to walk through that diligence in person is what we have found beneficial.  It gives you a chance to actually ask those questions as you are going through the diligence as opposed to reviewing it remotely and forgetting about it or having to really dig into a subject that could have easily been explained by a two minute conversation,” Long says.

“If we have seen a center suddenly get carved out of an agreement or get brought on to a payor, I think that is pretty significant and could allow for some adjustments in value and overall expectations related to performance,” Long says.

“The other things to look for are any law suits, negative outcomes, any malpractice claims.  Those are all items that certainly become important.

Also, being clear about ownership and who the partners actually are is important; who is going to come through at the end of the day and be committed and why.  We usually ask for motivation, is it a financial situation or is it a big change in business that we need to account for?”

Lucas says some important questions could be related to spending habits.

“Why did you spend X amount on rent, insurance, equipment, or employees between “2010 and 2015”.  This is helpful to try and see whether there is a bonafide business explanation for what you are seeing in the numbers or whether it looks like someone is trying to hype their EBITDA in connection with trying to sell for the best possible price,” Lucas says.

Other Areas of Concern

Lucas says when performing due diligence, buyers need to make sure that the seller’s affairs are actually in good order.

“It would always be a red flag, for example, if you are presented with a bunch of contracts that are not all signed or they expired and had not been renewed.  That just creates a concern and you should address that concern as a discussion with the seller.  It creates the concern that they are not necessarily paying attention to the details,” Lucas says.

Long  says the biggest things to look for trend.

“Usually pulling five years or performance data (everything from volumes, to financials, to overall outcomes) and looking for big peaks of valleys in performance is what we look for.

So if we see a big shift in volume or suddenly there is an enhanced EBITDA performance outcome, certainly, that is something that we look for to try to rectify.  I think largely those get called out as you go through the diligence process,” Long says.

“I think if there are huge spikes or shifts in overall financial performance, it is a question of has there been added providers, have there been changes in expenses, has an expense received a shift in a different year, either pre-paid or paid after a term.  I think any of those items serve as red flags, but another thing to look for is overall membership.  If we are looking at an ASC that has a large contingent that leaves, or suddenly a new specialty comes on and they are doing a lot of procedures; those are the kind of things that we look for as far as shifts in performance.”

Lucas says the buyer also has the responsibility of bringing to bear their own knowledge of the environment of what the business operates.

“Everyone in the surgery center world knows that the out of network model is under pressure.  So, is your target in network or  out of network?  Do they have plans to evolve from out of network to in network?  Would going in network dramatically affect the operating results?  You have to ask questions like that and bring your knowledge of the context of whatever you are seeing,” Lucas says.