Preparing for the Sale as a Buyer 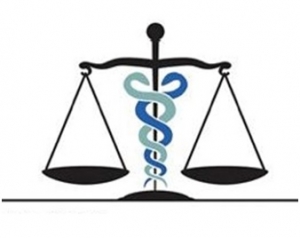 In a buyer’s market it is imperative for a buyer to understand what they are getting into and what needs to be done in order to successfully acquire a healthcare business in a transaction.  The Ambulatory M&A Advisor discusses the points of the advantages of planning ahead, what to look for in due diligence, and legal considerations on the buy side of a deal.

Dennis Hursh, founder of the law firm Hursh & Hursh says that he believes when a buyer thinks out their strategy and plans ahead, it gives them a lot more time to do due diligence.  Also, it gives the buyer a little more time to really see if the potential sale is a fit.

“The fact that some place may be profitable, doesn’t necessarily mean it is going to be a great acquisition for you.  Maybe it is profitable because they just beat up their staff, have tremendous turnover and just accept that as a cost of doing business.  There are a whole lot of things that you can’t get a great sense for unless you really spend some time with the owners and do some walking around the entity to see what is happening,” Hursh says.

What To Look For

“We like to cluster clinics together in the same general geography,” Jeff Gerlach, Senior Vice President of Business Development and Strategic Growth for NextCare, says. “If we want to enter a new market, we want to do so by acquiring several clinics at one time.”

Gerlach says that typically, a buyer would look at single center acquisitions in states that they are already operating and would look at a cluster of around four or five clinics if deciding to expand geographically.

Gerlach says that buyers should also look for growth opportunities, as well as stability.  If the business is declining, Gerlach says a buyer needs to look into the “whys” of the decline.

Hursh says when performing diligence on a company to determine a decline or stability in business, a lot of it is just basic good business.

“I have seen ASCs, for instance, that have five-year-old accounts receivable on the books.  You look at it and notice that their AR seems kind of high; you go in and find out that they have been in business for five years and their first patient didn’t pay and they are still showing that as AR.  Make sure that the numbers are legitimate.

I have seen instances where people are sloppy on their regulatory compliance.  Right now I am dealing with an ASC that is redeeming physicians that don’t meet the safe harbor.  Their ownership requirement is the fraud and abuse safe harbor and they are throwing these docs out.  That’s fine, but we are looking at some of these docs and they haven’t operated in four years. Now somebody has discovered that they really shouldn’t be an owner,” Hursh says.

“The fact that it doesn’t fall under a safe harbor, doesn’t mean it is illegal, but you do wonder if they have an operating agreement that forces them to comply with specific requirements to be an owner, and in fact they are not following it.”

Hursh says that accounting and regulatory compliance are the two things that scare him the most on the buy side.

“Honestly it is shocking to me that there are entities out there that aren’t doing it.  I don’t think they are necessarily breaking the law, but as a buyer I tend to be very cautious and I like to see safe harbor compliance. I particularly hate to see instances where the operating agreement indicates that the owners are all going to operate within the safe harbor, then you find out there are one or several that have not complied in several years.  That sends up a red flag, and you know when you find one red flag, you are going to start digging harder,” Hursh says.

Preparing for the Buy

Hursh says when preparing for the initial buy the first thing a buyer should be doing is looking at their own cash flow.  There are entities out there not doing very well who decide to take over somebody that is and that is a recipe for disaster.  Buyers need to make sure that their business is profitable and run well before they go out and look at somebody else’s.

“You tend to get sloppy in due diligence in that case – finding things that you overlook because you are trying to fix your business by buying another one and that is never a good idea,” Hursh says.

Rhonda Teitelbaum, solo practitioner specializing in healthcare transaction and regulatory issues says that some of the best questions to ask a seller when preparing for a sale tends to depend on the nature of the acquisition.

“For instance, with respect to acquisition of a physician practice it matters whether the buyer is buying the entire practice, or is buying an interest in the practice where  other physicians are staying in place.  The due diligence will be similar, but you likely will have less ability to negotiate terms in the latter case, particularly if the practice has previously established the deal terms when the previous owners were admitted,” Teitelbaum says.

“That said, first and foremost I would ask about the financial performance of the entity, and seek documentation of that.  Taking a hard look at the financials of the business to determine if it is really going to produce what you are expecting to justify the purchase price is critical early on.  The further you go down a path of purchase, including incurring financial and legal expenses, the less likely you are to walk away, so it is important to know early on whether the economics of the deal make sense.”

“In my experience, goodwill numbers have declined considerably in the medical industry in recent years, and in some contexts such as hospital acquisitions, goodwill is nonexistent.  So, a good place to start is to determine whether the seller and buyer’s expectations are in reasonable harmony; otherwise you are probably wasting your time, and possibly your money,” she says.

“I always want to know what skeletons are in the closet.  When you are buying a health care enterprise of some kind there is the risk of third party payment liability, particularly regarding government payors.  The exposure can be open ended.  So, you should consider from the get-go whether you are buying ownership interests in the business entity (stock, partnership or membership interests) or buying the assets of the business.  There is far less likelihood that you will be liable for the prior acts of the business in an asset sale than if you buy ownership interests,” Teitelbaum says.

“If it is essential to take over the provider agreements (i.e. have those agreements “assigned”) in order to provide business continuity, that is also important to know early on so you can build protections against liability into the agreement of sale.”