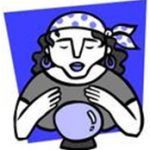 Earlier this week, The Ambulatory M&A Advisor released Part 1 of an article series on CEO 2016 predictions for the urgent care market.  Well, the second piece has arrived and takes an even closer look at M&A topics like consolidation and private equity investment in the market.

Shaun Ginter, CEO of CareWell Urgent Care believes that urgent care M&A activity into 2016, is going to continue at its current pace and could possibly increase.

“I think the maturity of the urgent care market, and the growth of some of the larger operators in this space, will drive a natural increase in M&A activities,” Ginter says.

Like other participants in this series, Ginter says there is still a place for private equity investors, despite saturation in the market.

Blayne Rush, President, Owner of Ambulatory Alliances LLC brings up other challenges that urgent care faces in 2016; this time with a deeper scope on the merger and acquisition aspect of these challenges.

Rush says that one of the biggest challenges in the market, even currently, is that there is no real national buyer.

Rush explains that the challenge lies within the fragmented market of urgent care.  Rush says that buyers are going to be seeking out multiple centers when on the hunt.

“What is interesting about the urgent care market is that the top 20 companies as far as number of centers only control about 1500 clinics and the vast majority of the owners own 3 or less clinics. There is not a true National player; there are players that are multistate, own in one state and regional but none that cover the entire US.
This is especially problematic for both buyers and sellers. A physician could have two centers that by all financial and operational measures is very attractive”

Rush explains that with multiple centers, you, as a seller, have a platform and a chance at being picked up by a solid private equity group.

“If you only have three centers, somebody else has three, somebody else has three and so on….and you brought those together, then now you are able to take your business to the next tier.  I believe in 2016, we are going to see more and more of these consolidations amongst the smaller players go on.  This will help them to better be able to position themselves to sell, or for an acquisition.  This is also true with say multiple 5 or 10 clinic business; they can merge and go to market. You would increase the buyer pool and multiples that you sell for”.

Todd Latz, CEO of GoHealth Urgent Care agrees that the market will continue to see consolidation in 2016.  However, he adds that this will not come without challenges.

“Although there will be acceleration in terms of consolidation and larger deals, I think we will continue to see a number of smaller deals given the complexity of larger deals.  They are more costly from a diligence, legal and resource investment perspective.  You need sophisticated deal and integration teams in order to consummate and then operate critically important, platform acquisitions.  I think a challenge is going to be that those larger deals are harder to do, versus smaller, one off tuck-in transactions,” Latz says.

Latz goes on to say that one big trend that will continue to be seen is health systems recognizing their need to be meaningful players in the urgent care space.

“I think it will be seen on two fronts.  The first will be health systems directly acquiring urgent care networks.  You will see more of them buying small to medium sized groups of urgent cares and recently we have seen the for-profit health systems doing that,” Latz says.

“Many not-for-profit health systems have approached urgent care through larger joint venturing, partnering, and then relying on the expertise of an independent urgent care manager, operator and co-owner creating value by combining the best of both worlds.”

Rush says that another thing that will be seen in 2016, is different models in the sense that most of the buyers now are not in a position to turn around centers.

“One of the things they are not set up to do, is come in, see a center that has good bones, good location, but the operator just isn’t quite experienced, or they have terrible contracts.  There is opportunity there with a list of things that need to be fixed.  Those guys just aren’t in a position to do that.  We will see more companies where there will be executives, leaders, or development people that leave these bigger companies and start smaller companies that focus on turn arounds and say they want a minority ownership in centers or businesses.”

Rush says in these examples, the buyer wants the original owner to continue to own the biggest chunk of the business, but they will come in and own a certain amount.  Rush says this will grant the original owners expertise, access to capital, access to intellectual capital, human capital and more in order to improve the operations of the center.

“I think we are going to start seeing a trend of those businesses and those types of companies coming into the market.  We have seen it happen in other outpatient type platforms in the past, like with Ambulatory Surgery Centers.  It’s time, and we are going to see it in this space,” Rush says.

What would a transaction be without a valuation process?  Latz explains that even valuations are an area to keep an eye on in 2016.

“On the buy side, I think Quality of Earnings is extremely important when considered from the seller’s perspective.  It is important in terms of getting a deal done quickly, and taking advantage of what is a very active market today.  What we are seeing in the market is that there are a number of  small to mid-size urgent care companies that are  exploring potential transactions,” Latz says, adding that some of what is out there on the market is so proforma’d so as not to be recognizable.

“They have made so many adjustments to create earnings that they can apply a multiple to, that they have really stretched beyond the limits of what is reasonable.  That’s going to continue to be more and more difficult. Sellers who have clean financials, solid earnings and a stable track record are going to get deals done more quickly and they are going to get them done at greater valuations.  Buyers are most interested in existing platforms with clean financials that have real growth prospects,” Latz says.