Tips for Owners on Drafting a Clear ASC Operating Agreement 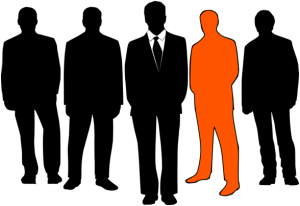 Creating a concise Operating Agreement is key to building a stable platform to build one’s healthcare business upon.  The Ambulatory M&A Advisor examines the Operating Agreement, its importance in a transaction or start up, and what usually goes into these documents.

Michael F. Schaff, business law attorney with Wilentz  says that when organizing an Operating Agreement, the first thing that needs to be accomplished is an understanding of who the players are in the deal.

“Your focus may be different if only physicians are involved, as compared to a management company, or a hospital or other parties.  You will also need to understand the business motivations of all of the parties.  Depending on those business motivations, your approach may change.  For example, you need to find out what the real goals of the promoters are.  If solely physicians, are their goals to build the center to be able to serve their patients well, and at the same time generate income from that?  Or is their goal to build the center with an eye towards building up its volume and  selling the center in the next few years to a management company or local hospital?” Schaff says.

In all cases, Schaff says the first thing owners need to do is create financial projections associated with the proposed surgery center.  Schaff says they need to understand the cost and how those costs are going to be funded.

“In many instances, you have to find the right location, the ability to build on the property,  and get all regulatory approval.  In some states there might be some large hurdles that need to be overcome in building a new ASC.  For example, in New Jersey, there is a moratorium on building a new surgery center, unless it is partnering with a hospital that owns at least ten percent,” he says.

In addition to licensure issues, other regulatory approvals may be needed, like complying with local zoning laws, which could restrict the ability to build a surgery center on the site and require a certain number of parking spots, which may not be available on the site you are looking at.

“You will need to address what happens if there is additional capital needed?  Can you borrow money?  What is the process? Who makes those decisions?  What vote is required? Are the owners required to come up with the money or sign personal guarantees? Can those personal guarantees be joint or several?What happens to ownership if a party doesn’t come up with their share of the funds or doesn’t sign a guarantee?” Schaff says.

Schaff explains that Operating Agreements are typically very comprehensive and address many issues.  Basic issues contained in the Operating Agreement,  include issues like: how to organize the company (i.e. name, term, registered agent, purpose etc..),  how are capital contributions and personal guarantees addressed, basic issues associated with membership (like who is qualified to be a member, members meetings, voting, restricted covenants), as well as many other issues.

Gary Herschman, healthcare and life sciences attorney with Epstein Becker Green says that in an Operating Agreement he recommends that it always includes a provision that allows amendments to the Operating Agreement upon a certain percentage vote of the membership interests (e.g. a majority, two-thirds, or 75%).

“Otherwise amendments could require a unanimous vote, in which case one member could “veto” or “blackball” amendments that a substantial majority of owners think are necessary to improve expand or improve the center’s operations, revenues, or otherwise,” Herschman says.

Continuing with the management topic, Schaff says there is typically a section dealing with management, including:  Is there a board of managers? how many are there? how do you determine who is on the board?  how is voting  accomplished?.

“One thing that may get lost in the process and may not be focused on is related party transactions.  Sometimes the people who promote the ASC may enter into long-term arrangements with related parties on terms that might not be very favorable to the ASC (but favorable to the promoter).  These types of long term agreements include management agreements, long term real estate leases, loans and equipment leases.An investor in an ASC needs to do appropriate due diligence, ask questions, and find out what related party transactions exist and whether they are at fair market value rates and terms.  Operating Agreements  also address  tax, financial and distribution issues.  For example: how are income and  loss allocated? how much in reserves are needed?” Schaff says.

“LLCs are typically taxed as partnerships This means that income flows through from the entity to the owners proportionately based on their ownership.  For example, if there is one million dollars of income and you own ten percent, you are going to be taxed at $100,000, whether or not that money is distributed to you. You should be aware that you might need to pay taxes on the money not distributed, which creates phantom income.  In these cases it is best to include in the Operating Agreement a provision that requires the ASC  to distribute out enough so that the owners will have enough to pay their taxes on the phantom income.”

Laurajane Kastner, healthcare M&A attorney with Epstein Becker Green says that in modern Operating Agreements non-competes are a provision that is usually included.

“An obvious concern is that you don’t want a surgeon to have a vested interest in an ASC that is two miles down the road.  That leads to the problem of physicians with competing interests and would impact the ASC that is being developed and hold back on the potential volume of its business. Generally, we always put non-competes in our Operating Agreements.  Usually it is a 5-10 mile radius in New Jersey; typically it also extends after the physician has left the ASC to protect the physicians that remain from a physician who is jumping ship to go to a center elsewhere.  Generally, these extend one or two years post-departure,” Kastner says.

Schaff says that when regarding non-competes, they are an essential because both physicians and management companies will want to make sure that the physician owners do not have any interest in a competitor.  Physicians may be concerned that a management company partner not manage a competing center which might have an impact on how they manage their Center.

Regarding buyout terms, Schaff says they may differ depending on who the owners of the ASC are.

“For example, if there is a management company involved, buy outs tend to be higher and structured based on a multiple of earnings.  If the ASC is solely owned by physicians, the buy-out amount is typically less since their goal is generally not  to burden the other physicians with a large payout if they decide to leave,” Schaff says.

Kastner explains that generally, Operating Agreements allow redemption or a purchase by another physician.

“In my experience I have had ASCs that do it both ways- if there are physicians interested in joining or interested in increasing their percentage of ownership, they might choose to make an outright purchase.  Whereas in other cases, there may be a redemption at FMV by the ASC.  We also sometimes include a “bad boy” clause that is triggered when the departure of the physician is “for cause” or other specific enumerated instances.  In those instances, there might be a reduction in the price paid by the company for the redemption,” Kastner says.

Herschman says that sometimes Operating Agreements provide for redemption at “fair market value” – but many ASCs prefer including a “purchase price formula” that equates to what the parties think is fair, so as to avoid having to engage a valuation firm each time there is a buyout (and avoid the parties disputing who to engage, and whether the valuation its accurate, etc.).

“Common formulas include a certain multiple of the ASC’s EBITDA over the last 12 months, or just their “capital account” (or a multiple thereof).   If, however, the owner is being terminated “for cause” — such as loss of medical license, conviction of a felony, exclusion from Medicare, breach of the agreement, etc. — it is not uncommon to see the purchase price reduced by 50% or more.  Also, if the owner violates the Operating Agreement’s non-competition clause, we have seen Operating Agreement provisions requiring buyouts for $1.00, or another more nominal amount,” he says.