A Look at the Current Lending Market 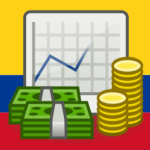 Markets are ever-changing entities that face challenges and successes over the years that they fluctuate.  Whether it be the real estate or financial markets, the roller coaster activities that occur in them have an effect on the healthcare industry.

Healthcare Lenders speak with The Ambulatory M&A Advisor and discuss the current lending market and the status of the debt and credit markets.  They examine how the past has impacted the present market and where they see the market going within the next few years.

Gary West, Senior Vice President, Healthcare Lender, Morrill & James Bank explains that in 2008, everybody took a deep breath.  According to West, it was one of those times when you look back and say, “We did survive 2008-2010.”

“Those were two really bad years that affected the market in general.  I think healthcare in particular, did much better than the rest of the market even in the downturn.  In the South West, I saw continued activity; maybe not on the scale of what I was doing in 2006 and 2007, but I still saw pretty good activity.  One thing that has happened during the course of the last six or seven years, is the change in the credit markets given what happened with the AIG debacle in the financial market,” West says.

Sharmila Solanki, Senior Vice President, Healthcare Manager at Prosperity Bank, says compared to the lending environment in 2008, particularly for regulated institutions, there are stricter parameters.   Today there is leverage lending guidance for commercial banks that is jointly enforced by the Federal Reserve, Office of the Comptroller of the Currency and Federal Deposit Insurance Corp.

“I believe due to these guidelines there is greater discipline and leverage is not reaching the levels of 2008.  That being said, it is still a very frothy, aggressive debt market.  It is a great time to be a borrower as there is more than ample liquidity in the market today,” Solanki says.

“For example a few hot sectors include behavior health, dermatology and dental practice management.  These are highly fragmented businesses whereby efficiencies can be gained by leveraging a professionalized platform.  We see lower leverage multiples in areas such as DME due to competitive bidding or where there is significant reimbursement risk,” she says.

West explains that over regulation makes it more difficult for borrowers to borrow money, especially from the regulated financial institutions.

“Essentially, the part that I don’t like about what happened in the last six to seven years has been that the credit market took a big hit from the aspect of just getting the loans done on the banking side.  It would take me maybe six to eight weeks to get a loan done from start to finish.  Now, that process is quite a bit more elongated depending on when the customer gets me their financial information or the proforma for the new facility.  It has elongated the process, and therefore a lot of borrowers are somewhat discontent with the primary banks, and even some of the community banks,” He says, adding that this is a direct result of the financial crisis of 2008 to 2010.

West says that one of the main regulations that is causing issues with lending is the Frank Dodd Act of 2010.

“It was scary for us when that bill was passed, because it was written by quite a few people that had never owned or run a business.  They did not understand how businesses really worked; it was purely written from the aspect of the financial institutions, and much of the act was written to protect the large, money centered banks.  The smaller community banks were hit harder in many aspects.  There was no consideration given to way the laws were written and the consequences of some of the laws.  Based upon conversations with several attorneys that I have worked with over the last five to six years, there are a lot of contradictions in the Frank Dodd Act that really can affect clients.  Especially when you have physician owned practices and physician owned hospitals.  It just sent everybody into contortions,” West says.

West says that this was when banks saw a significant reduction in deal flow and the emergence of Private Equity Financing.

“I think that the whole process really caused everybody to take a deep breath.  Of course, what’s happening that nobody is really thinking about is, you’re having a lot of money coming from the investment side (Private Equity), and those investors want their money put to work and invested.  It’s sitting there and everybody is expecting a big return,” West says.

West explains that this big return is not happening because the banks and the financial markets are not loaning the money.  The funds are growing bigger and bigger with marginal returns.  West says this creates more pressure, especially on the secondary market, for the Private Equity deals and financing to get their loans done so that they more of a competitor to the banks than they have ever been in the past.

Consider the future of the market; West says that looking at it from the physician and the physician practice point of view, those groups are playing it a little bit safer especially with ICD-10, which went into effect Oct. 1, 2015.

According to West, the physicians that want to own surgery centers or acute care hospitals seem to be a lot more savvy about how to do business and are more confident when they build a surgery center they will see a return on their investment over a period of time because in the market that they have chosen, the reimbursements are still going to help them successfully repay their debt.

“We think the healthcare market is a strong segment and there are many lending opportunities. At Frost , we will continue to get to know prospective borrowers and work to understand their needs and the changing dynamics of the healthcare market. Some opportunities are better suited for venture capital funding and others are a good for the bank. Borrowers should take the time to look for the best financial partner with a solid reputation and proven expertise to understand the challenges in the healthcare industry,”  Candace Rooney, vice president of Commercial Lending at Frost Bank says.

Solanki explains that based on the current status of the lending market, determining how much to loan to each borrower in the healthcare field involves examining several aspects of the prospective borrower.

“Some of the areas of consideration we look at include the management team and their track record.  If a company is private equity backed, the sponsor’s track record and their experience within the healthcare industry is taken into consideration.  Healthcare is unique compared to other industries due to the third party reimbursement component.  If a transaction has not worked out as anticipated.  Did the sponsor work through the turnaround, or did they hand over the keys?”  Solanki says.

Solanki adds other important aspects lenders look at include the overall leverage and capital structure of the transaction.

“That is very important because we want someone else to have skin in the game.  So the level of equity in the transaction is important.  Other underwriting areas of focus include history of earning, sustainability of cash-flows, along with its market position,” Solanki says.

Rooney adds that the determined amount to lend is not only based on the strength of the borrower, risk, collateral, and the type of project.

“We look to see that they have demonstrated cash flow with the ability to service the proposed as well as the existing  debt. We want to be sure the loans help the client to achieve their strategic objectives.  This can be achieved through conventional commercial loans, SBA loans, or special professional investor programs,” she says.

Solanki says lenders also in many instances require third party reports as part of the underwriting process.  For example, in an acquisition scenario a quality of earnings report assist in verifying the sustainability and accuracy of historical earnings as well as the achievability of future projections of the target company.

“In addition, there are consulting companies that specialize in third party reimbursement for Medicare and Medicaid by industry and region.  They help provide clarity as to the reimbursement outlook.  This is helpful to a lender because there is always the stroke of the pen risk in regard to changes in reimbursement.  Reimbursement cuts ultimately reduce EBITDA and invariably result in unanticipated increased leverage,” she says.

Another aspect of borrowing that Solanki discusses is recapitalizations.

“With ample liquidity and a strong desire to put money to work, buyers and lenders are deploying capital at robust multiples for buyout and recapitalization transactions.  Leveraged dividends and recapitalizations remain a meaningful liquidity alternative to a sale for many closely-held, well-performing companies,” Solanki says.

Not all lenders provide dividend recaps, it is based on the credit culture of the institution on a case by case basis, she says.