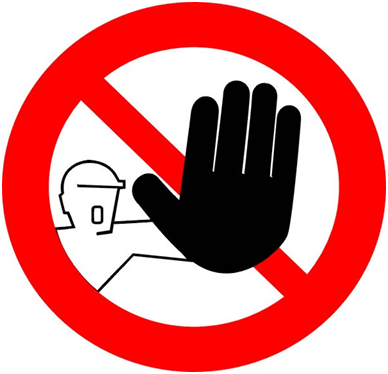 Picture a situation where you are sitting down at a restaurant and ready to invest your time and money in the “perfect burger” on the menu.  As you are perusing the menu, and asking the server questions about the burger, you overhear another customer complain that the burger was a bit dried out and far from “perfect”.  This will set off a red flag and could scare you off from the purchase.  Although this example is a wildly simplified version of a buyer and seller situation where red flags arise, it represents how detrimental a red flag can be to a health care business transaction.  The Ambulatory M&A Advisor recently spoke with health care lawyers from across the nation in order to discuss some of the current red flags they have seen, and how much they could harm your transaction.

Todd Kelly, partner at Jones Day explains that culture eats cash.  This means that the parties, particularly the buyer, needs to feel good about the culture of the target and that it can integrate the target’s operations if that is what it intends to do.

“In the absence of a cultural fit,  it will be difficult to achieve a good ultimate business outcome and operation,” Kelly says.

“Getting back to the capability, that is when the human resources come in.  In a provider deal, you must have physicians and professional staff that you think are capable of accomplishing your purposes.  You have to know the professional staff and have confidence in it. If you haven’t done the due diligence on the staff, or if you have gotten a bad feeling about it; that is part of culture eating cash, and that is going to be a red flag,” Kelly says.

Authorization refers to the authorization of governmental authorities, permitting the organization to conduct its intended business.

“If there are defects, deficiencies or gaps in licenses and permits, then that is going to adversely impact, at least, your ramp up period, and maybe the ultimate success of your business,” he says.

As far as compensation, Kelly explains that clearly, a provider needs to get paid for its services.  He says if the selling business has  issues with governmental or managed care payors, then these issues will adversely impact the deal, and could well be a deal-killer.

Alexander Davie, attorney at Riggs Davie PLC says that buyers have got to look at the contracts they are getting into in a deal; adding that a bad contract is a major red flag.

“A bad contract can either be a key contract that has provisions that are just unacceptable to the buyer; or they could be contracts that are key to the business but cannot be assigned. The worst kind of contract from an assignment perspective is a contract that says you may not assign the contract and any sale of stock in the company is considered an assignment and a violation of the agreement.  Those are not necessarily deal killers, but it means that you then have to go to that contract party, and you have to get them to agree to assign the agreement,” Davie says.

Another red flag that Davie brings up is the idea of conflicting investors and their liability to the transaction.

“Healthcare entities are very regulated.  If there is someone who shouldn’t own part of a company, because, for instance their ownership would constitute a violation of the Stark Law, then that ownership itself presents a regulatory issue.  That has to be dealt with.  If they can’t be dealt with then you will have to abandon the transaction,” Davie says.

Carol Lucas, Head of the Healthcare Practice at Buchalter Nemer When you start to consider a transaction and you get a large, sophisticated buyer, all of a sudden the Anti-kickback and Stark Laws loom much larger, and there is less tolerance for deviation.

“For example, if you have some investors that are not individual surgeons, but maybe a multi-specialty group practice and there are referral source physicians there who are not surgeons…all of a sudden, that could be very important to the buyer,” Lucas says.

Davie adds that other things to look out for are investors that are not accredited investors.

“You have got to see if the company has liabilities from these investors where the investors can sue to get their money back,” he says.

Kelly says that another red flag lies on the legal side of the deal.  He says if there is a history of claims, or if there is a current governmental inquiry, or exchange of unfortunate letters with a commercial business partner, the buyer is going to want to take a step back and perform some further diligence.

Kelly adds that something that is also seen as a red flag is “forum shopping.”  That is when a trail or history of advisors have been consulted and discarded along the way.  It is possible that a practitioner could run into a transaction where there is a history of advisors who haven’t furnished the right answer and therefore both parties have moved along.

“I would say that that situation deserves another look, if for no other reason, there may be a bad paper trail, some communications evidencing potentially, an improper or illegal purpose that may taint the transaction,” Kelly adds on relationships.

Davie adds that other legal issues can bring up red flags in a transaction, especially when it comes to stock and/or asset purchases.

“What you are really trying to do is get them to discharge the issue before closing, or indemnify the buyer after closing, and making sure that the seller has the financial means to actually indemnify the buyer.  That can be done by looking at the financial ability of the seller and making sure there are sufficient assets; or by holding back part of the purchase price in escrow and not releasing it until the issue is dealt with.”

Lucas adds that aside from regulatory red flags, there are also red flags that can pop up when  a business is simply unorganized.

“I think what I have unfortunately seen is casual or messy record keeping.  Not only corporate record keeping, but also financials, or things that are inconsistent.  What I see buyers really get spooked at is a company that is so unable to produce credible looking records that you begin to think that even if their earnings are exactly as they say they have been, you start to think that it is all a result of luck rather than any kind of skill,” Lucas says.   Lucas says this representation of the business creates the inability in a buyer to foster a feeling of confidence; and a lot of times, it’s not any more than an issue that could easily be solved with better communication and organization.