Parties involved in transactions may think it’s a great idea to have one lawyer represent both parties – they can save both time and money. However, deal counsel and joint representation in ambulatory care transactions comes with several ethical, and practical, problems. 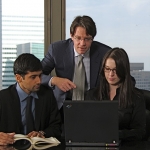 “There are circumstances where you’ll have a single lawyer who has been hired by the parties for a joint venture or other transaction to document the deal they think they’ve made; the parties think they’ve reached an agreement, they know what they want to do and all they need is a lawyer to draw up the papers and make sure that everything works,” Bill Horton, partner in the Healthcare Practice Group at Jones Walker LLP, says. “They think, why not save some money and hire the best lawyer we can find to do that and simply act as deal or draft counsel, but this creates several problems for both the lawyer and  the clients.”

“There are circumstances where people have chosen deal counsel, but it’s dangerous from an ethical and malpractice perspective,” Lisa D. Taylor, partner at Inglesino, Webster, Wyciskala & Taylor, says. “It’s a dangerous situation to be in. It still happens, but there are several potentially problematic issues for all parties involved.”

Horton says that one of the biggest challenges the parties face is that they think they’ve thought of everything, when they really haven’t.

“They’re thinking about the good stuff that will happen when the deal is over, but they’re not thinking through all of the practical problems that can arise when they reach a certain stage and disagree on how to move forward,” Horton says. “Who makes the final decisions, and what protection will the minority party have?”

Horton says that a healthcare transaction lawyer anticipates what can go wrong and tries to prepare both parties for that ahead of time. When disagreements happen, there’s a mechanism for dealing with them that’s already provided in the agreements.

“If you’ve got a single lawyer ‘representing the deal though,’ how disputes are resolved becomes a major problem,” Horton says. “Those decisions will always cut in favor of one party or another. It’s very difficult to adequately advise both parties on what happens when their interests are no longer aligned.”

Andrew Demetriou, partner at Lamb & Kawakami LLP, says that another problem can occur if the lawyer has a historical relationship with either party – there’s a question of the lawyer’s loyalty to the new client, and the pre-existing one.

“One party may have brought their lawyer into the deal, but even though they intend to operate down the middle, are they truly able to do that?” Demetriou asks. “Will they shed their obligation of loyalty to their original client?”

If the parties involved in the transaction have different issues that are important to them, Demetriou says this can cause even more problems.

“Joint representation is very challenging, and lawyers are under some pretty tight constraints in their ability to take on representation of multiple parties with conflicting interests,” Demetriou says. “The lawyer has to make full disclosure of the implications and conflicts, and get informed consent in writing from the clients to make sure that they know what they’re consenting to. The lawyer also has to figure out where attorney-client privilege will reside and where he owes duties of confidentiality.”

Taylor says that parties will generally opt for deal counsel and joint representation in ambulatory care transactions because there’s a perception that having one lawyer can save a lot of money.

Technically, joint representation can save you money, but you will have to sacrifice confidentiality.

“Normally, there is confidentiality between a lawyer and their client,” Taylor says. “As long as it doesn’t fall into certain exceptions like fraud/abuse or crime, your communications with your lawyer is supposed to be kept confidential.”

However, when both parties have the same lawyer, confidentiality no longer exists.

Horton says that when a lawyer agrees to represent two parties in a transaction, the lawyer will try to deal with these issues upfront in the engagement letter, and have the clients agree to waive those kinds of protections. But at some point, it is very likely that a conflict will arise that cannot be waived under applicable professional responsibility rules.

“When the ethical duties to one client prevent a lawyer from fulfilling his or her duties to another client, that lawyer likely need to withdraw from the deal,” Horton says. “However, this now interrupts what the clients are trying to do, leaving them in a bind because they may have to start over from scratch with different lawyers, and the initial lawyer could get into disciplinary trouble with his or her state bar and/or be sued by one or both clients for malpractice. None of those things are good results.”

In addition to confidentiality conflicts, Demetriou says if the parties opt for a more experienced lawyer to jointly represent them, they could run into another problem.

“The more experienced lawyers that have been around for awhile often have a certain mindset of how a deal should be structured,” Demetriou says. “There will be certain provisions that they will want to see, whether they relate to fraud and abuse considerations or amending the agreements in some ways.”

Demetriou says that some things are not big ticket issues for the parties, but they will reflect the lawyer’s own bias when drafting documents. Problems can arise if the lawyer goes ahead and incorporates certain provisions that he or she likes that turn out to operate to the disadvantage of one party or another.

“A lawyer may think that arbitration for disputes is a good idea, and – without a lot of input from the parties – insert a standard arbitration provision in the agreement,” Demetriou says. “But if one of the parties is in favor of having a dispute resolved in court, or they don’t like the model that the lawyer set up, then you have the problem of: who was the lawyer really representing? Were they really looking after everyone’s best interests?”

While deal counsel and joint representation in ambulatory care transactions may seem like a great idea on paper, they’re actually loaded with many different problems.

“The assumption here is when you’ve got a friendly deal, and the two parties who have put the arrangement together think they don’t need a lot of ‘lawyer help’ on this because they’ve already agreed on everything,” Horton says. “But that’s a really dangerous assumption to make.”

Horton says that it’s rare to have two parties that have thought through all of the potential problems that could arise.

“What happens if we don’t get along someday, or one of us has a financial situation that has changed?” Horton asks. “There is the temptation to say, we’re smart people, so let’s just save money, hire one lawyer and be done with it, but that’s almost always a mistake. You will not have thought of everything, and if you have one lawyer or one firm representing both of you, the lawyer will always be constrained as to what they can do with you because of his or her duties to the other party.

Deal counsel and joint representation may look like an attractive deal at first, but Horton says it’s not worth it.

“It’s almost always a mistake to try to save time and money by combining the legal representation for both parties,” Horton says. “There are too many things that can go wrong that will ultimately be detrimental to both the clients and the lawyer.”

It is not quite easy to receive funds through other external resources, generally to deal with health care needs. Very popular penicillin antibiotics that fights bacteria. These drugs does not treat a viral contagion like a common cold. Kamagra is a cost efficient remedy for helping men to sustain an erection. What about online cialis and cialis online? When you order medications like Kamagra you have to know about how to buy cialis safely. Other question we are going to is undefined. Like many other medicines, Kamagra is also secret according of it’s active element. Keep reading for a list of medicines that may cause soundness problems and what you can do to prevent probable side effects. The most common possibly serious side effects of such medications like Kamagra is back pain. This is not a complete list of feasible side effects and others may occur. Internet is a perfect way to find a physician in your area who treats this kind of dysfunction.