Using New Debt to Increase the Value of Your Business 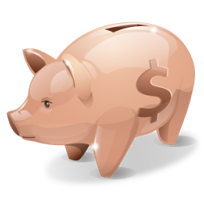 Usually when a healthcare business focuses on increasing the value of its business, the idea revolves around improving the speed of patient care, improving contracts, and paying close attention to the cost of supplies and other tools of the trade.  One way of increasing value that may not sound groundbreaking on the surface is increasing the debt of the company.  The Ambulatory M&A Advisor goes though the ways that debt can increase the value of a healthcare business, some of the risks involved, and what the market looks like today for physicians looking to increase value in this way.

Todd Zigrang, President of Health Capital Consultants says healthcare entities use debt financing as a way to meet their immediate objectives as well as pursue some extended goals.

“The value is driven by the stream of the expected benefits flowing to the equity holder of that enterprise.  The initial theory holds that for each firm there exists an optimal capital structure which is the mix of debt and equity, that maximizes the value of the firm.  This benefit arises mainly from the tax yield benefits of debt combined with the typically lower cost of debt as compared to equity financing options.  Equity shareholders typically require a much higher rate of return because of the risk of that investment,” Zigrang says.

“If a company that we are appraising is below their theoretical optimal debt utilization level, there could be increased value derived from increasing the amount of debt in their capital structure.”

Daniel Frier, founding partner of the Healthcare Law Firm of Frier-Levitt says debt increases inject funding into the practice, and helps the practice expand.  It also benefits the business because it helps to expand the company’s reach within the community, increasing exposure and value.

Zigrang says that not all projects are a success for companies, so increasing debt could end up harming the business in the long-run.

“Some companies take on debt for expansion, but they don’t always have the resulting intent of success.  The debt is taken out at a level that puts the company at risk for bankruptcy, then the value of the company would be discounted to reflect that increasing probability of incurring the bankruptcy costs,” Zigrang says.

How Would a Potential Buyer View the Debt?

“With these types of projects, if you’ve seen one you have seen one.  Individual investment projects need to be valuated on many different factors including the expected rate of return.  That takes into account of whether debt can be seen as good for the expected cost of capital for the project.

These are generally considered acceptable investments and can increase the value of the firm.  However, the debt financing, due to its primacy over equity, or if it is over utilized, could lead to increased risk of bankruptcy, leaving equity holders with little to no value,” Zigrang says.

He adds that the whole issue of impressing buyers is a balancing act that has to be done with the cost and benefits that impact the investment of the expansion project.

Alex Kajan, Director of Business Valuation with Pinnacle Healthcare Consulting says when valuing a business, he will typically assume the buyer will rely upon a level of debt consistent with market norms.

“Six to eight years ago, debt would average approximately 25% of the capital structure of a typical company in the healthcare industry.  As interest rates have remained low, this has increased to around 40%.  So, under the assumption that the buyer will take advantage of the low interest rate environment, the weighted average cost of capital, which considers an entity’s cost of debt and equity financing, will decline, thus increasing the value,” Kajan says.

“A potential buyer isn’t going to be concerned with market rates, but rather the actual rates available to the buyer.  They will then run their pro-forma financial analysis and determine what the business is worth to them, also taking into account any other synergies they can capture which further increases the value to that buyer.  It is important to understand that when transacting at fair market value, many of the synergies specific to the buyer will not be captured unless every other buyer could achieve similar results.  Also, many buyers will not pay for value they are bringing to the table.”

Zigrang says that after a sale, debt is usually not transferred to the new owner, but the consequences really depend on the transaction.   He says there  are typically two types of transactions.  One being an asset transaction where the buyer acquires the assets of a company free and clear of all debts and the seller is responsible for paying off the debt.

“This is much like when you sell a house.  You sell your house to someone for 300,000 dollars.  That is the value, but if you still have a 150,000 dollar mortgage, you are responsible as the seller to pay off any remaining debt,” Zigrang says.

He adds that sometimes there is a stock equity sale, which means a buyer also acquires the assets and the debt. In return, they are paying an equity level of much lower interest per unit than they would an asset sale.

The Current Cost of Capital

Zigrang says buying into a business might be different than other situations because of the time horizon of investment.

“Certainly, there is traditional commercial debt, which is determined by the subject entity, cost of debt, the interest rate on the outstanding debt within the company. There is also market derived expected cost of debt.  One market based method of estimating cost of debt is to collect the current yield rates for publicly traded fixed income securities such as corporate bonds that have similar risk profiles to the company in which you are acquiring,” Zigrang says.

Currently, Zigrang says the cost of debt for such high yield bonds is around 6 to 6 ½ percent.

“Typically cost of equity is higher than cost of debt.  There are three commonly used methodologies to determine that cost of equity.  There is a build up method, capital asset pricing method, and arbitrage pricing theory.  Really, what depends on this is the riskiness of investment.  The higher risk involved in the speculative investment of the company, the more return you want. The higher cost of equity of the result,” he says.

Kajan says capital markets have become much more liquid over the past few years and with he Federal Reserve holding the Federal Funds Rates near zero, rates on debt financing remain very low.

“The interest rate on that debt is going to be contingent on whether you are looking at construction financing or term financing for equipment or an acquisition  Also, for an ASC, it will fluctuate based on the center’s case mix, operating history and a variety of other factors.  Current rates generally range from 4-8% for debt, Mezzanine financing, which is subordinated to debt, but a step ahead of equity, will cost around 13-20%, while equity is around 20%,” Kajan says.