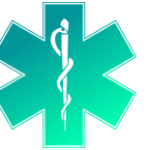 With the average insurance deductible in the higher range, patients are now turning to “the old ways” used to obtain medical care.  Direct Primary Care (DPC) and Concierge Medicine are models that have been around over the last decade, and after the passing of the Affordable Care Act, have gained a rise in popularity amongst both physicians and patients.

Albert Fuchs, MD, owner of Albert Fuchs MD explains that at its core, DPC is actually the old way, and the way it works is that people simply pay their doctor as a member of the practice.

“Sometime in the 1960s when Medicare came around, it became commonplace for people to use insurance to provide for routine and preventive needs, which was actually novel.  But before then people would pay for their doctor, just like they paid for their accountant, plumber, lawyer, or anybody else.  DPC in general just means a direct financial relationship between the patient and the doctor,” Fuchs says.

Jonathan Osborne, DO, owner of Prestige Urgent Care has been using direct primary care for just over a year and a half and was previously in a standard fee for service, bill insurance environment.

Osborne says that the switch to DPC has had a clear effect on the way his business is run.

Osborne adds that another difference with some practices utilizing DPC is that they can also perform up to 80 percent of services that an Emergency Room would perform.

Osborne says that a look at the healthier, younger, upper middle age population, 92 percent of those patients who go to the ER go home.  There is only an 8 percent admission rate in the basic 5-year-old to 55-year-old age bracket.  These types of DPC practices are keeping this patient bracket out of the ER and saving money, Osborne says.

Both Fuchs and Osborne say  the direct pay method has been wonderful for both patient and physician.

“It means spending the time to do good primary care medicine and having a smaller patient panel so that I can spend more time with each of them.”

According to Julie Robinson, Vice President of Operations at Cypress Concierge Medicine, a smaller patient panel is quite typical for DPC and Concierge medicine; though both prices and panel sizes vary widely in the market place.

Robinson says that the reduction of patients is one of the main challenges facing physicians and patients during a transition to both the DPC and Concierge Medicine model.

“When a physician goes down to three hundred patients, that means the other 2600 have to go find another provider.  So, it basically displaces the patient.  That’s a big challenge for the physicians,” Robinson says.

“To feel like you are displacing a patient can be a challenge, and that is one of the hurdles that physicians have to really tackle when they make this decision. The problem also is that these physicians are so burnt out and are spending an average of 8 minutes per person, per visit.  They want to spend more time.  They don’t want to keep practicing reactive medicine, they want to start practicing more proactive, preventive medicine.”

Although physicians see fewer patients in these models, there is still room for growth.

According to Osborne, the biggest part of the model is getting into the large employer space.

“These larger entities who are self-insured, have a lot to gain financially from being partnered with an entity like this, and also an ability to reduce their employees premiums but still give them access to something high quality,” Osborne says.

“We don’t replace insurance, but we don’t bill it for any of our services in our facility,” Osborne says.

“In addition to our membership care, we do allow people to walk in and be seen on what would be a cash basis, whether they are paying with a health savings account, card, or check.  They pay at the time of service; we don’t bill their insurance, so we are essentially out of network.”

Osborne says that due to high-deductible insurance plans, it is possible to see about 8-10 patients a day on a non-member basis.

“The American public is becoming more educated.  If you really are a 2,500 deductible or higher, for urgent care visits, you are essentially a cash payer,” he says.

Osborne adds that services beyond urgent care like the desire for a primary care physician, ordering labs, refilling medicines, and referrals are when a patient would have to join the practice.

“If you’re a member, you gain access to primary care, urgent care, well-women care, injury care and all of those things,” Osborne says.

Fuchs adds that his patients have all sorts of insurance.

“What I’m offering isn’t a substitute for insurance because they still want insurance to pay for tests, or specialists, or hospitalizations,” Fuchs says.

“They pay me directly.  I don’t get a dollar from any third party payer.”

Within concierge medicine, Robinson says the model works alongside a patient’s insurance.

“So, a physician continues to accept insurance, and then when you come in and you are a member, you have paid an annual membership fee which affords you certain non-covered services,” Robinson says.

“The patient will still continue to keep their insurance and pay their co-pay when they come in for their visit so it works side by side,” Robinson says.

Fuchs says that in his opinion there really is no difference between DPC and Concierge Medicine.

“These are not technical terms, so it’s not like explaining the difference between an axle  and carburetor.  They are just thrown around to describe novel practice models.   I don’t know that there is a difference.  Concierge sounds fancier, which I why I have always objected to it,” Fuchs says.

“I think patients eventually are going to settle on a term that sticks, and I think once it becomes well known enough, it will just be called medicine, and the alternative will be called insurance medicine.  When you go to your lawyer, it’s not a concierge, boutique or direct care lawyer, you are just paying your lawyer.”