The year 2013 was a very active one for ambulatory care mergers and acquisitions, and industry stakeholders expect that trend to continue through 2014. In this article, health care attorneys and a consultant provide insight on due diligence issues in ambulatory care center transactions.

Why has ambulatory care M & A activity continued to occur at a rapid pace in recent months? Health care attorneys cite several factors. “There has been a significant amount of venture capital coming into (the sector), a lot more activity and more players interested,” Michael Schaff, attorney and chair of the Corporate & Health Care Departments at New Jersey-based law firm of Wilentz, Goldman & Spitzer.

Initially payer-driven, this trend has been going on for decades, but has accelerated with the gradual roll-out of the Affordable Care Act.  “The ACA represents an effort to move to a more well-coordinated system of care, with more reimbursement paid on the basis of management and outcome of an episode of care, as opposed to the traditional model of paying providers on a procedure-by-procedure basis,” Bill Horton, an Alabama-based partner and health care attorney with the Jones Walker law firm.

“Players in the industry, particularly hospitals, are looking for places to fill in gaps in the continuum of care they offer. We’re seeing a greater interest in walk-in clinics and urgent care center because that is a way to potentially capture patients on the front end, as opposed to post-acute care settings.” 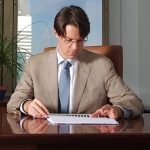 Roger Strode, a partner and health care attorney with the Chicago office of Foley & Lardner, LLP,  says another reason for increased M & A activity has been more alliances between hospitals and ambulatory surgery centers/ASC companies, “who are realizing that if they can bring in a hospital partner, they can get a ‘lift’ on their managed care contracts. Hospitals can usually deliver better reimbursement rates than stand-alone ambulatory surgery centers or ASC companies with only one or two centers in the market.”

He also sees more partnerships between imaging center companies and hospitals. “Hospitals do inpatient imaging well, but they are not as skilled at managing outpatient imaging; technology changes so fast, billing is complicated and difficult, and someone has to manage the radiologists. So they partner with companies who do those things well, to ‘offload’ some of the (financial and operational) risk.

“As the health care market begins to rationalize itself –moving toward lower costs and greater efficiency – there is a lot of opportunity for different kinds of relationships,” Strode says.

Ambulatory surgery center and urgent care center transactions tend to be relatively complex deals involving disparate stakeholders, each with needs and objectives that may or may not be compatible. Ambulatory care mergers and acquisitions are also impacted by shifting market dynamics, federal and state regulations, and the accrediting organizations who oversee their professional functions.

In any surgery center transaction, the need for thorough due diligence applies to both buyers and sellers, Schaff says. “Due diligence is a two-way street. Sellers typically retain  up to 49% ownership in a center, and since the buyer typically want the doctors to continue to feel vested in the center. So, it’s a lot like getting married;  you need to know who your partners are.”

Schaff’s advice for potential sellers: “Before you negotiate a price, do appropriate due diligence on yourself so you are prepared for what the buyers will ask and you know where your ‘skeletons’ may be. Sometimes smaller companies don’t have the internal resources to dot every ‘i’ or cross every ‘T’ . There are many potential traps for the unwary, and surprises pop up in the middle of the process” which can result in a buyer reducing his offered price

For physician sellers, it’s also important to understand how you are reimbursed and how that will drive valuations, Strode points out. “Doctors sometimes think they can be paid for the fact that if a hospital buys their center they can then be reimbursed at a higher rate. But that is not the case”

If physician sellers are going to continue referring patients to the facility, they may want that ongoing volume of business to be reflected in the purchase price. However, the anti-kickback statute and the Stark Law may “make it difficult or impossible to take that value into account in the way physicians might expect,” Horton says.

For buyers who are evaluating the economic pros and cons of an ASC or walk-in center acquisition, Schaff says, it’s important to verify any financial information the seller provides, rather than taking it at face value.

“Get your financial people involved – accountants or consultants – to find out if what they are telling you is accurate.” Schaff advises asking to see tax returns and fee schedules.

In some cases, the bookkeeping practices and economics of a purely physician-owned center may differ from what would be the norm for non-physician owned centers, and may not fully reflect marketplace realities, Horton points out. “You might have some of the physicians’ personal or practice expenses being run through the facility (budget). Compensation arrangements with clinic staff may be above or below competitive market rates. So, physician-sellers may find that a purchaser is going to make adjustments in the economics of the business – perhaps add back in some things the physicians have not accounted for in the same way a buyer might.” As a result, the physician-owner may find that the business is not as profitable and not worth as much as he or she believed, Horton says.

In a rapidly evolving health care marketplace, it’s imperative to consider revenue projections and how those may be impacted by changes in the marketplace, according to Schaff. “It’s important to understand the environment around you, and look at best and worse-case (revenue) scenarios.” Business due diligence should also include interviewing the clinic administrator and other key employees and producers.

Another consideration for both buyers and sellers is the federal and state laws that impact these transactions, says Kevin Ryan, an attorney and member at Epstein Becker & Green, P.C., in Chicago. Those include the Stark Law and other limitations on physician self-referrals, and anti-kickback laws at both the state and federal levels. In some areas, state licensing bodies may require the purchaser of an ambulatory surgery center or other ambulatory facility to make certain disclosures.

Due diligence should also including reviewing  any and all claims history, whether there have been any lawsuits or license suspensions either for the corporation or for any of its employees or officers, Ryan says.  Also ask to see any audits or surveys by licensing agencies, or audits by third party payers. Another issue is that physicians who are selling ambulatory surgery centers or urgent care centers may not have addressed the issue of  malpractice insurance going forward – “will ‘tail’ coverage be required and who will pay for that?”

Conducting clinical due diligence is another important step – ensuring that the ambulatory surgery center or urgent care center in question is, and has been, in compliance with all federal and state regulations, and the standards of relevant accrediting bodies such as the Joint Commission,  AAAHC, and AAAASF. Marcy Sasso, a New Jersey-based consultant to ambulatory surgery centers, advises prospective buyers to ask the seller for the results of their two most-recent inspections by state regulators and relevant accrediting bodies. “If there are any compliance and regulatory issues you are not aware of, that can lead to problems” for the buyer, she points out.

“The majority of due diligence revolves around the financial aspects of the center –  volume, insurance plans, number of Personal Injury Protection cases, etc.,” Sasso says. “Most people who are taking over a facility assume that they can fix any other issues if the purchase price is on target for their expectations. While this is so very important, finding out about the center’s ‘state of compliance’ is just as important.”

For surgical centers and urgent care center buyers, it’s also important to verify any necessary provider licensing or certification, Horton notes. “While, presumably, all of that may be in place, sometimes you’ll find something has slipped through the cracks. So you need to verify.”

Horton says that, in transactions that involve physicians, one common stress-point is a   “disconnect” between what physician sellers and non-physician buyers think is important. “Physicians who are used to controlling their own destiny want to be consulted and listened to – especially if they are going to have an ongoing relationship with the buyer. They want their experience and insights to be respected; it’s important for buyers to keep that in mind.”

For buyers or sellers, it’s important to take into consideration the needs, goals and objectives of each stakeholder in a transaction. The ownership of a given facility may include physicians/owners “who have different perspectives, depending on where they are in their careers,” Schaff points out. “Someone who is older may want to ‘cash out’, and someone who is younger may not. It’s important to understand who these people are, since, for a deal to be successful, everyone needs to be on the same page.”

The bottom line for anyone considering involvement in an ASC or urgent care center deal, according to Schaff:  “whether you are the owner or interested in being one, there are many issues that need to be analyzed upfront which will help with that determination.”

It is not quite easy to receive funds through other external resources, generally to deal with health care needs. Very popular penicillin antibiotics that fights bacteria. These drugs does not treat a viral infection like a common cold. Kamagra is a cost effective remedy for helping men to sustain an hard-on. What about online cialis and cialis online? When you order medications like Kamagra you have to know about how to buy cialis safely. Other question we are going to is undefined. Like many other medicines, Kamagra is also confidential according of it’s active ingredient. Keep reading for a list of medicines that may cause health problems and what you can do to prevent probable side effects. The most common perhaps serious side effects of such medications like Kamagra is back pain. This is not a complete list of feasible side effects and others may occur. Internet is a perfect way to find a physician in your area who treats this kind of disfunction.