Understanding EBITDA for the New Seller 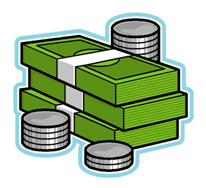 EBITDA is a term that is commonly used in the M&A world when buyers and sellers are discussing the prospects of a sale.  Although this term EBITDA, or earnings before interest, tax, depreciation and amortization may seem like old hat to M&A veterans, this may be term that does not come as easily to others entering the market straight out of a practice.

The Ambulatory M&A Advisor discusses the ins and outs of EBITDA, how it is calculated, what the different components mean for the equation, and what impact it has on a business during the valuation of a sale.

EBITDA really communicates what kind of cash the business in question is going to generate for the owner, and help determine what the earnings are.

According to Todd Mello, ASA, CVA and partner at HealthCare Appraisers, Inc; business owners can look at their EBITDA over past years to help determine future cash flow. Mello says that this is extremely important.

“The value of a company is cash flow expectation,” Mello says. “What do you think the cash flow, or EBITDA, is going to be in the future, and how likely is it that a new buyer will achieve that number?”

Mello says that business owners will want to see their EBITDA go up over the years, but that they need to recognize that there are external factors outside of the company that may hinder that.

As an example of a hinderance, Mello says that if the providers at a center leave after a transaction, that’s going to affect the business’ cash flow. Another example could be if the business was out-of-network and then went in-network post-transaction.  Mello says that this is also a way that change can impact the cash flow of a business.

Typically, during a valuation of a healthcare business, healthcare valuators include a certain risk-rate analysis and discounts on determined value to account for uncertainty like in the situations described above.  According to Mello, the higher the uncertainty about future cash flow, the larger the discount will be.

Mark Dietrich, CPA, ABV and editor of the AHLA/BVR Guide to Healthcare Valuation, says that EBITDA is used mainly because it’s simple.

“It kind of aggregates and summarizes an entire profit or loss statement into a single factor,” Dietrich says.

In short, Dietrich explains that EBITDA is a close measurement of a healthcare business’ profit and can be found using the past financial statements of the business.

According to Dietrich, there are a number of ways to calculate EBITDA in healthcare valuations, it all really depends on what it is started with.

Dietrich says a valuator can start with net income after taxes, add back the taxes and add back the interest expense net of the tax effect, and then add back the depreciation and amortization.

“Oftentimes, you’ll see a financial statement present Operating Income or Loss, which is a number that amounts to earnings before interest and taxes, which is EBIT, as opposed to EBITDA. If you have EBIT, you can just add back the depreciation and amortization,” Dietrich says.

Dietrich does not deny that EBITDA is a popular method for determining a healthcare business’ value, but he does add that EBITDA is not necessarily the best method, especially when attempting to predict the future success of a business.

Dietrich adds that because EBITDA adds back depreciation, it does not take into account the need, or lack of need, in the business for future capital expense outlay.

“You can’t have a depreciation expense unless you’ve previously acquired property, plant and equipment. If you add back all of the depreciation, it ignores the fact that you are required to purchase property and equipment to sustain the business.”

According to Dietrich, one could have a business that is losing money if the EBIT piece of the equation is negative, but when they add back depreciation, it may become positive.

For companies that are losing money, Dietrich says there is no cash flow proxy to compare their performance.

“If a company’s EBIT is negative, simply adding back the depreciation doesn’t make it a positive cash flow,” Dietrich says.

Daniel Brooks, CPA, CEO of The Rainmaker Companies states the base differences between EBITDA and EBIT when preparing to value a business.

Brooks says that the differences between the two stand in the depreciation and amortization.  According to Brooks if a business owner has a company that has significant and newer fixed assets, they are going to have a fairly substantial number for depreciation.

Or, if they are the type of company that acquired some Intellectual Property (IP), or bought a company that does not have significant fixed assets; then their amortization number might be higher because they have a substantial amount of intangible assets, Brooks says.

Taking a closer look at the depreciation, Brooks explains that it is a write off of fixed assets.

Brooks says that if a business were to buy a new piece of machinery, there is book depreciation and there is tax depreciation.  What that will allow the business to do is to write off for tax purposes.

“Usually tax write offs are more aggressive because the government wants you to buy new equipment.  So they give you a more aggressive timeline to write off the cost for tax purposes.  For book purposes, generally the categories of depreciable lives are a little less defined,” Brooks says.

What Else is Out There?

Mark Norris, managing director at Tucker & Meltzer, Chesapeake Valuation Advisors says that it can be hard to predict the success of an entity using a market approach and that there are other ways besides EBITDA to approach a sale depending on the circumstances of the business.

“A multiple of EBITDA is typically derived from the collection of transactions in the marketplace.  So, you would have sales of these types of practices in the marketplace and they simply calculate a multiple based on the sales price divided by EBITDA,” Norris says.

Norris explains that the Discounted Cash Flow (DCF) method is more specific to the practice being valued than running the risk of using market data to come up with a standard multiple.

In an example using  urgent care practices, Norris says that if a business owner has got a practice that is growing in the way of opening new sites then the DCF method is very good for that because what they want to do is estimate based on what the practice has done in the past, how many sites it expects to open into the future.

Norris says in this situation the DCF model really is most appropriate because you cannot capture that growth in a multiple of EBITDA.  What will happen is that in the DCF model, the growth associated with the new site and the related earnings and cash flow related to the new sites being opened in the next three to five years is captured in that analysis and there is value in that, Norris says.

Mello says that in his experience, when valuing a business from the market approach, a valuation firm is typically going to utilize multiples of EBITDA.  However, he says when looking at a business from an income approach, like the discounted cash flow method, the main input that drives value is the free cash flow of the business.

When valuing a business from the income approach he says valuators are going to look at the business’ historical operations and future prospects to build up a projection of what they think is going to happen going forward.

Valuators will then develop a projected EBITDA and make the necessary adjustments to arrive at Free Cash Flow which is the main driver of value when valuing a business using the discounted cash flow method.