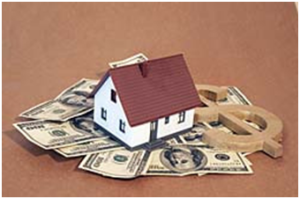 When determining a healthcare business’ value, there are different approaches that can be taken to get to an appealing multiple for a buyer and seller.  As represented in past articles in The Ambulatory M&A Advisor, many healthcare valuators in the industry rely on the healthcare company’s Earnings Before Interest, Taxes, Depreciation and Amortization (EBITDA) to come to a valuation multiple.  Although EBITDA is very important in valuing a business, professionals in the industry say that a company’s EBIT and Free Cash Flow play just as crucial a role in reaching the goal of a desired multiple.

Dan Brooks, CPA, CEO of The Rainmaker Companies states the base differences between EBITDA and EBIT when preparing to value a business.

Brooks says that the differences between the two stand in the obvious, “D” and “A” or depreciation and amortization.  According to Brooks if a business owner has a company that has significant and newer fixed assets, they are going to have a fairly substantial number for depreciation.

Or, if they are the type of company that acquired some Intellectual Property (IP), or bought a company that does not have significant fixed assets; then their amortization number might be higher because they have a substantial amount of intangible assets, Brooks says.

Taking a closer look at the depreciation, Brooks explains that it is a write off of fixed assets.

“Let’s say you buy a new piece of machinery. There is book depreciation and there is tax depreciation.  What that will allow you to do is to write off for tax purposes. Usually tax write offs are more aggressive because the government wants you to buy new equipment.  So they give you a more aggressive timeline to write off the cost for tax purposes.  For book purposes, generally the categories of depreciable lives are a little less defined,” Brooks says.

John Hakanson, Senior Associate at HealthCare Appraisers Inc., says that obviously, EBITDA and EBIT can bevery similar when there is not a lot of depreciation or amortization in a business.

“But, when examining some surgery centers or larger hospitals that have large asset bases and thus a larger corresponding depreciation expense, you can begin to see some significant differences between EBITDA and EBIT,” Hakanson says.

“Typically imaging centers, ASCs and hospitals have significant equipment on their books. A hospital or imaging center may have multiple MRI machines that cost millions of dollars,which they are then depreciating over several years.  We tend to look at multiples of EBITDA when we are valuing a technical business such as an imaging center or an ASC because some centers may choose to lease their equipment,while others choose to own it.  Our team feels EBITDA is a better earnings metric to use as it is more focused on the operations of the business, and less on how the business chooses to finance their equipment.”

Robert Mundy, principal in the Valuation Division of Pershing Yoakley & Associates, P.C. says that while depreciation is basically spreading out the usable costs of a business’ fixed assets over an extended period of time, amortization is the exact same thing only for intangible type assets.

“For example, in an ASC you could have a certificate of need, a trade name, or non-compete agreements with some of the physician users that could be amortized,” Mundy says.

Hakanson says that in his experience, when valuing a business from the market approach, a valuation firm is typically going to utilize multiples of EBITDA.  However, he says when looking at a business from an income approach, like the discounted cash flow method, the main input that drives value is the Free Cash Flow of the business.

According to Brooks, the Free Cash Flow of a business is the money that represents the amount of cash that a company has left after cash outflows.

According to Hakanson, determining Free Cash Flow starts at EBITDA.

“When valuing a business from the income approach we are going to look at their historical operations and future prospects to build up a projection of what we think is going to happen going forward.  We will develop a projected EBITDA and make the necessary adjustments to arrive at Free Cash Flow.  Free Cash Flow is the main driver of value when you are valuing a business using the discounted cash flow method (DCF), hence the name.”

Mundy says when looking at the valuation of any healthcare business, whether it is urgent care or ASC, a valuator aims to determine the projected future cash flows for that business.

According to Mundy, valuators typically value a healthcare business under some sort of discounted cash flow model.  Mundy says in this type of valuation, a firm will look at the historical cash flows of the business, project the future cash flows and then discount these future cash flows back to a present value.

“Many times, M&A or business brokers look more at an EBITDA multiple.  It is a quick way of coming up with a value range for a business,” Mundy says.

“When we are providing a fair market value opinion for a business, we will mainly focus on the cash flows being generated by that business through a discounted cash flow analysis.  We would then look at that resulting DCF value as a multiple of the business’ EBITDA just to make sure that we are consistent with market ranges.”