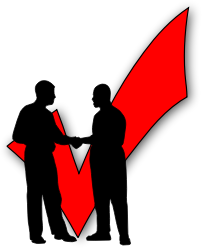 When planning an exit from a healthcare business, the key word is “plan.”  The Ambulatory M&A Advisor works with experts to help explain the importance of a well thought out exit plan, and how to properly pass on the business torch to a future successor of the business.

Kimberly Kempton-Serra, partner with the law firm Garfunkel Wild says having an exit plan is as important as having a retirement plan, like a 401k.

“If you don’t have something planned in advance and are just hoping someone comes along and offers millions of dollars for your practice, what do you do if that doesn’t happen? You are just going to shut your doors.  That is not usually the best route to a comfortable retirement,” she says.

Kempton-Serra says it is hard to predict the future, especially in healthcare. Any doctor who wants to retire someday, even if expansion is the current business plan, should actively pursue an exit strategy one way or another.

“If there are no in-house options for successors, they should really start looking early for third party purchasers. Even if a doctor is not ready to retire for 3-5 years, he or she could sell to a third party and continue to work as an employee.  This way, the doctor can get some money for the practice and continue to earn income, without much risk,” Kempton-Serra says.

John Anderson, partner with the law firm of Giarmarco, Mullins & Horton PC explains that when figuring out when to plan the exit strategy, the earlier the better. He says that in these situations there is no one size fits all, but planning ahead is crucial because there are a lot of moving parts involved in selling the business.

“The quicker you get started on trying to figure out what the exit strategy is, the more organized you are going to be and presumably, the smoother the transition will go,” Anderson says.

He adds says that timing is crucial; too early before the company has had the chance to flourish is a mistake and there can also be poor timing where the owner exits too late in the game.

According to Kempton-Serra, if the owner is a solo practitioner, they need to start thinking about their next move as early as they possibly can, especially if they want to retire and exit when they are 65.

“You need to start grooming someone at least 7 to 10 years in advance, because someone might not work out, and you would need to start from scratch, which can be quite a process,” she says

“Nobody does this, but you should really do it right away and begin the process of thinking about it.  This helps you make better choices as you set up your business, as you have agreements with partners, as you bring others in to the ownership of the business.  That will all become important as you are getting to the point of wanting to have a successful exit,” Vanita Spaulding, managing director with Cogent Valuation says.

Spaulding advises that owners set up initial agreements with the idea that at some point they will want to pass on the business to a beneficiary or sell out right, making the first steps a very important stage when preparing for an exit strategy.

Spaulding says that an exit strategy is important in the value of the business even five years before the potential exit.  She advises owners to look over it at least once a year.

“You may not revise it so much if it seems to be on track.  You might want to review it with your team of advisors.  At some point down the road you are going to want to bring in your financial advisor to help you understand what kind of money it is really going to take for you to retire,” Spaulding says.

Kempton Serra says that as far as selecting a successor for after the exit, it is important to start grooming a successor as early as possible to get he or she acclimated to being a business owner and not just an employee.

“I think some doctors coming out of school, or even from another job, maintain an “employee” mentality unless they have some autonomy.  That does not translate well into taking over a business down the road,” Kempton-Serra says

Some may pose the question of whether it is best to choose a successor in-house, or through external means.

Kempton-Serra says the choice of where the successor comes from can depend on the state and type of corporate practice of medicine law that is in effect.

“I think typically, someone in-house who has been part of a practice and knows the business already is most appropriate to take over, rather than a third party just coming in and purchasing it, who probably won’t be willing to invest a whole lot if they aren’t already invested in it themselves,” Kempton-Serra says.

Although Kempton-Serra is an advocate for internal successors, she does believe  that sometimes there is a hesitation for someone who is taking over a practice to pay a lot for a business they have been a part of for a long time.  If someone feels that they have contributed to the value of the business, then they may not feel like they should have to then purchase it, since it was their own blood, sweat and tears that helped it grow.

Anderson says that choosing a successor early in the game is crucial because physician owners don’t want to exit too late when all of their partners have left, and they are sitting there holding the bag.  Anderson says that it is best to have all of these types of exit plans mapped out in the front end.

Anderson says that planning for an exit and successor is something that should be included from the start since he believes that owners should always view their entity as an investment.  He says the business should be run in mind of creating value as well as being something that someone wants to buy or take over at some point when the original owners are ready to step aside and retire.  Anderson says this adding that there are many business owners that do not do this.

As far as choosing an external successor, Kempton-Serra says the availability and benefits of an external successor depends on the discipline and specialty.  If it is the type of practice or entity that private equity funds or management companies are very interested in, an owner may have the opportunity to be paid a healthy amount for the business.

Another benefit is that a buyer of that type is more likely to pay the purchase price in full at the closing.  Additionally, if the purchase price is paid over time, the owners have less concern about the financial security of the buyer and its ability to make payments as opposed to an in-house successor.

“If you are talking about a family medicine practice, it is going to be hard to find an outside buyer,” she says.