Failure in an M&A Transaction for the Physician Owner 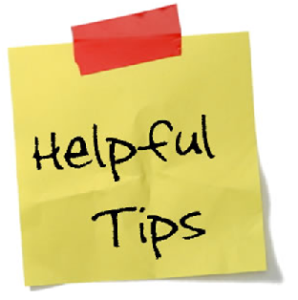 Failure is never something that anyone wishes for when starting an endeavor.  However, failure is always a possibility and can be common in the healthcare M&A field, if the deal is not handled correctly on the selling side of the situation.  The Ambulatory M&A Advisor takes a look at why deals result in failure and if there is any point in time where that failure can be turned around.

Steven Lawrence, shareholder at Milligan Lawless says that the starting point of failure is a misalignment of goals to the extent that the parties are headed to a different result, or have a different mindset in terms of what the end goal is of the transaction.

These differences in end goals are obvious reasons that a transaction can fall off of the rails.  A subset of that would also be a financial difference or financial performance that does not meet the buyer’s expectations.  Another issue could be potential purchase price or return on investment that is offered by the buyer that does not meet the seller’s expectations that the believe the company might be worth.  Really, it is a difference in valuations expectations where often transactions can fall off of the rails.

During the due diligence process, Lawrence says there are quite a few red flags that could pop up and scare a buyer away from a potential transaction.

“Also, anything in the healthcare space from a compliance perspective that potentially creates risks for the purchaser can be a red flag in terms of diligence.  Finally, I would say that matters in relation to intellectual property are other red flags.  To the extent that there are potential risks associated with the company’s intellectual property where it has not been protected or may not be owned  properly, those are all areas where diligence may turn up red flags that send the transaction off kilter.”

Lawrence says that sellers need to be careful during the diligence process because that is when a transaction tends to start falling apart.

“Often, the arc of the transaction is that parties have conversations, maybe put together a small amount of diligence, then ultimately a term sheet.  Then once that term sheet is signed, then the parties begin a significant diligence effort.  I would say that if there is a moment when a transaction might fall out, diligence is one,” he says.

Todd Kelly, partner at Jones Day explains that culture is also one way that a deal can lead to failure.  This means that the parties, particularly the buyer, needs to feel good about the culture of the target and that it can integrate the target’s operations if that is what it intends to do.

“In the absence of a cultural fit,  it will be difficult to achieve a good ultimate business outcome and operation,” Kelly says.

“In a provider deal, you must have physicians and professional staff that you think are capable of accomplishing your purposes.  You have to know the professional staff and have confidence in it. If you haven’t done the due diligence on the staff, or if you have gotten a bad feeling about it; that is part of culture eating cash, and that is going to be a red flag,” Kelly says.

Carol Lucas, Head of the Healthcare Practice at Buchalter Nemer says that when sellers start to consider a transaction and get a large, sophisticated buyer, all of a sudden the Anti-kickback and Stark Laws loom much larger, and there is less tolerance for deviation.

“For example, if you have some investors that are not individual surgeons, but maybe a multi-specialty group practice and there are referral source physicians there who are not surgeons…all of a sudden, that could be very important to the buyer,” Lucas says.

Lucas adds that aside from regulatory red flags, there are also red flags that can pop up when  a business is simply unorganized.

“I think what I have unfortunately seen is casual or messy record keeping.  Not only corporate record keeping, but also financials, or things that are inconsistent.  What I see buyers really get spooked at is a company that is so unable to produce credible looking records that you begin to think that even if their earnings are exactly as they say they have been, you start to think that it is all a result of luck rather than any kind of skill,” Lucas says.

Lawrence says typically after some diligence happens the transaction reaches the level of negotiating definitive agreements and there could be moments in that stage where the transaction falls apart.

“The way that I typically see this happening is that something in diligence has changed the buyer’s perspective on what the transaction value is worth.  Perhaps there has been something uncovered in the financial statement that they don’t like, there are potential risks or liabilities they have missed, or they discovered something from a compliance perspective that creates risk.  Now, the business has a different value to the buyer because of the risk profile that they are now purchasing.  As we move through diligence, we have now gotten to the point where definitive agreements are being negotiated.  In the definitive agreement, now that issue that arose in the course of diligence results in the buyer wanting to hold back an additional portion of the purchase price because of the risk.”

Lawrence says that prior to the deal a seller can do a number of things in order to ensure that the deal will go smoothly.  One would be to conduct an internal examination in terms of being able to really understand the organization internally and be able to know where potential holes might be.

“It begins with financial statements and making sure that there is a significant review of the financial statements, that the accurately reflect the operations of the business and any potential liabilities.  Part and parcel to that is a compliance review to make sure that the organization’s compliance plan is being observed, there are internal investigations to the extent that there are items where there are compliance risks that are addressed.   Then, the seller should make sure that the intellectual property is properly protected, properly owned, proper assignments are in place, etc.”