FEC Historical Impact and Expansion on the Market: Part 2 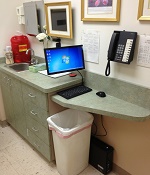 Freestanding Emergency Centers (FECs) are a much debated area in the healthcare industry.  In the beginning they were seen as competitors with hospital Emergency Departments (EDs).  However, since 2009,  FECs have become a growing area of the industry that has also grown to form a sense of partnership with hospitals in some situations.  In this two piece series, The Ambulatory M&A Advisor takes a look at the history, impact on the market, and routes for expansion in the FEC industry.

Where Are the Centers Expanding?

Maureen Fuhrmann, Chief Business Development Officer for Neighbors Health, President of the National Association of Freestanding Emergency Centers says that before determining where FECs are being built it should be noted that there are two types of FECs.

“Despite providing the same level of emergency care, we have to discuss the two differently when we want to separate out an independent from a hospital system,” Fuhrmann says.

“HOPD’s wide spread across the country through big hospital systems such as HCA and Methodist.  Those systems have FECs which are called Hospital Out Patient Departments associated with their systems.  With independent FECs, Texas leads the way with that.  It was one of the first states to have a licensing/regulatory mechanism for developing independent FECs.  You will find the majority of independent centers in Texas.”

Fuhrmann adds that other states that allow FEC’s to be licensed and regulated in their areas are Colorado, Rhode Island, Connecticut, Georgia, Arizona.  She says that there are other states such as Tennessee and Florida that are now looking at alternative models for access to emergency care.

“Some are Certificate of Need (CON) states which makes them a little more difficult but not prohibitive.  CON is a process that determines need.  Access to emergency care is decreasing across the country with the closure of many critical access hospitals.  FEC’s make a viable alternative,” she says.

Nick Peters, MD, Chief Medical Officer, Advance ER says that from what he has seen, FECs are starting to pop up all over the place under many different ownership structures.

“It is pretty well known that they are in Florida, Colorado, Arizona, and Ohio.  They are also coming up other states.  FECs are often under a slightly different structure in other states because they don’t have the legislative guidelines that we have here in Texas that really formulated the industry,” Peters says.

“They are starting to go in many different states, and there are a lot of states right now that are even exploring the opportunity of Freestanding for their under-served areas and in the rural areas where a small community hospital would struggle to make financial ends meet to be viable.”

Peters says states are looking at the possibility of licensing FECs in those areas so that those specific patients can have access to emergency care and can then be referred or transferred for specialty care or the in-patient services that the hospital provides at a more regional level.

The Certificate Of Need and Challenges

Over 25 years ago, Fuhrmann says someone would find that a majority of the states had a CON for certain healthcare service lines.  CON was used as a mechanism for regulating duplication of healthcare services. There is wide variation in what falls under CON regulation across the country. Some states regulate long-term care, some regulate emergency services, some regulate ambulance traffic.

“Many states are relinquishing their CON status in favor of innovation, free enterprise and the spirit of competition. FECs are a new delivery model and thus there is no clear delineation within CON or mechanism for licensure on a broad national level. The reason being the definition of a facility providing emergency services is attached to those departments that are license by a hospital. Thus providing a barrier to entry and expansion of this much needed access point,” Fuhrmann says.

According to Fuhrmann as the new administration works toward repeal and replace of the Affordable Care Act (ACA), the nation has heard the President say that this country needs more access to affordable, efficient, value added care for patients. Fuhrmann believes that the Freestanding industry provides just that.

“I believe once legislators understand that we can provide value, access, and treat patients more efficiently than a traditional hospital, this is going to move the industry forward across the country.”

Peters, is personally not a fan of CON because he sees it as government bureaucracy that helps the big hospitals and creates a mediocre situation where everything is the same.

“Competition has driven my company to be better, and I think that we are doing a very good job at meeting that competition,” Peters says.

“Any time you have competition, the cream is going to rise to the top and the rocks are going to sink.  What is happening now is some of these companies that have been built in overgrown areas are now having to consolidate, close down certain facilities, or allow themselves to be consolidated by other groups.”

AS far as other challenges go, Peters says one of the biggest challenges to FECs is really coming from the insurance industries as they are pulling their allies under their umbrella to challenge the industry.

“They are trying to attack at many different fronts.  The major threat that is in Austin, TX right now is trying to tie in what the insurance companies are using as surprise billing.  My terminology is that the insurance industry is predatory under payment and lack of transparency.  The insurance companies give out convoluted insurance plans that most of the patients do not understand that well.   They have contractual obligations for co-pays and deductibles that aren’t always easily understood.  Then the patient comes into the ER then get a bill that they do not fully understand,” Peters says.

“They are also saying that we are costing more money to society, when actually, what we are doing is providing a service that really did not even exist.  If you look at the American College of Emergency Physicians, Texas scored lowest in emergency care.  This is due to overburdened hospitals and the fact that they have not been able to keep up with the emergency needs of the patients of Texas.”

Peters says FECs allow people access to this care and they are finally getting what they need.  Of course, he says there are more strings attached when that happens, but then on the back side, because these people are getting care at an earlier date, a lot of them are avoiding hospital admissions because FECs allow the doctors to spend more time with the patient.

“We can get a better history, we can do more thorough care, and we are able to a lot of times avoid secondary admission and do better follow-up on the patient.  None of that has been taken into account, and the insurance companies are orchestrating an argument against us.  Some of the arguments they have waged have not transpired into House or Senate bills yet, but they are actively out there trying to find authors and sponsors in the legislature for it,” he says.

Fuhrmann echoes that she believes the biggest challenge is in the changing legislative environment.

“We provide such a great patient experience, great environment and great access, it is getting that word out nationally that is the hard part.  The laws are made in Washington D. C. and currently there are no independent models in D.C.   We are actively lobbying the Federal Government for the right to be recognized as a true access point of emergency care and the ability to have CMS certification to be able to care and be fairly reimbursed for CMS patients,” she says.

“Currently, independent FEC operators are not allowed to be participating providers by CMS, only because the definition in CMS language of emergency services is attached to a hospital license.  Our biggest hurdle is getting the Federal Government to recognize us and allowing us compensation for taking care of those patients. Fair regulation and reimbursement for our services is what the industry is asking.”

Adam Laughton, associate with the law firm Seyfarth Shaw says that as far as development trends in the current market, he sees it definitely breaking into two groups.

Laughton says that in the past three to five years there has definitely been more of a recent development in the transaction market.

“We are seeing interest in some other states.   We are seeing some interest now from MedPAC, which is group that advises Medicare on their payment policies.  The interest is being shown by examining in terms of Medicare, if they are going to cover freestanding emergency rooms on a facility basis.  The question is what are going to be the parameters regarding Medicare payment for these types of services,” Laughton says.

Fuhrmann says the industry itself has had its ups and downs due to its very rapid growth in the state of Texas.

“You have seen the larger providers change their models such as Adeptus.  Adeptus changed their business models from largely independent to partnering with hospital systems to create Hospital Outpatient Departments (HOPD’s).  That was a business for their organization.  With that business decision you saw the compression of their independent model,” she says.

For those who remained independent providers, there have been several smaller operators who have chosen to close or merge with similar size companies.  The industry has seen some compression in the industry.  Consolidation is not always negative.

“It has been quite an interesting road.  There is private equity, institutional investors and privately held companies; there is lots of different variability’s of money that is interested in the industry.  There has been substantial interest.  I personally get a lot of contact periodically from groups, companies and individuals.  What happened is that there has been a plethora of investors coming in and there has been a lot of overbuilding of FECs,” Peters says.

“My personal opinion is that competition is good and it creates improvement.”