Examining the Place of a FEC in the Healthcare Market 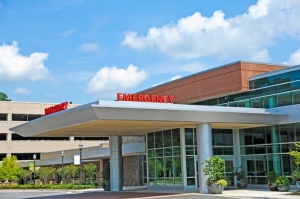 Freestanding Emergency Center’s (FECs) are popping up in numerous communities across the nation.  However, among the masses of other outpatient providers like Urgent Care and ASCs, the question should be addressed on where these models stand in the healthcare market.

John McGee, COO of ER Centers of America explains that FECs provide emergency care brought out to the communities where it gives people easy access.

“It used to be that if you needed emergency care, you had to get up and drive to the nearest large hospital.  According to the CDC, the average wait time is 3 plus hours.  The FEC model brings emergency medicine out where people live and work; and they typically see an emergency trained physician in less than 15 minutes,” McGee says.

Carrie De Moor, MD, President of Code 3 Emergency Physicians addresses the need for FECs in the market with numbers and data.

“We know that 43 percent of Americans go to the Emergency Room every year.  We know that that accounts for 2 percent of the overall healthcare dollar.  We know over the years, across the nation, average wait times are lengthy in hospital ERs due to the sheer volume of patients that are waiting and going to these centers.87 percent of patients that visit an ER go home, every year.  That doesn’t mean that they didn’t need an emergency physician and that they didn’t have an emergency,” De Moor says.

“In my mind, the differences in a FEC should be that you have got an emergency physicians that are specialists at treating emergencies versus other centers like Urgent Care providing unscheduled care.  At an Urgent Care you are usually not likely to get an emergency physician who is going to treat you.  You are going to probably get a mid-level provider, maybe a moonlighting resident, maybe family medicine physician.  These physicians are great, but they are not emergency physicians.  There is a little bit of the difference that patients are getting in a FEC.  It is an Emergency Room, just not attached to a hospital.”

Kim Looney, lawyer with Waller Law says that whether or not a FEC is needed depends on several factors including the need for such a facility.

“Just because an entity wants one and has the capital to build one does not necessarily mean it is needed or will be financially successful.  For example, a market analysis will provide valuable information as to the necessity of a FSED,” Looney says.

According to Looney, location, availability of other services, and the utilization of those other services are all very important factors to consider.

“For example, if there is a full service hospital within a few miles of the proposed site, and that hospital has an ED that has significant excess capacity, then it probably does not make sense to put a FSED in that particular location,” she says.

Looney goes on to say that when talking about hospitals and FECs there is mix between competition and synchronization in their efforts among each other.  She uses an example of FEC rules from her state of Tennessee where it does not recognize FECs that are not a part of a hospital.  Looney says that such FECs are then an outpatient department of a hospital, subject to all the restraints that puts on them, i.e. proximity to the host hospital.

“A clash can occur if a provider is a competing hospital that is seeking to locate its facility in close proximity to an existing hospital that has ED capacity.   I also think that they can co-exist, provided there is a true need for the FEC,” Looney says.

Regarding hospital relations with FECs, McGee states that he has not seen much backlash in the market.

“Basically, what we have done is taken a lot of the pressure off of the waiting rooms in hospitals.  We don’t have any scientific evidence that says that we have reduced their  wait times from an average of 3 hours to 2 hours, but I think it is safe to say that there is a number of people who otherwise would have gone to an emergency room and waited, now go to FECs,” McGee says.

The Future of FECs

McGee explains that there is a future for expansion of FECs in the market but the road will not be easy in some states.  He says that in order to branch out, in many states, the FECs are going to have to affiliate with a hospital because many states prohibit a non-hospital owned FEC; or at a minimum they don’t require payors to pay the facility fee, which would be required to sustain any FEC.

Looney adds that given legislation challenges in  changing health care reimbursement, that she thinks the market will see an increase in the number of FECs  over the next five to ten years.

“In those states which recognize them as a separate entity, you will see an increase in the number of companies that are seeking to enter this segment of the market,” Looney says.

De Moor predicts that if and when legislative decisions become an issue with hospitals, that they are going to begin looking at acquiring FECs in good locations that are already there.

For more information on the current changes in healthcare legislation for HOPDs read The Ambulatory M&A Advisor’s article on the subject.

“It is all about capturing that patient base.  Hospitals don’t make all of their money off of Emergency Rooms. That’s not the big ticket item.  Those are the orthopedic surgeries, spinal surgeries etc.  Those things that drive a lot more revenue in the hospital,” De Moor says, adding that even currently there is a buzz among private equity firms and management companies about the model.

“There are FECs throughout the country, and I think that probably we have started to see a bit of a saturation point in Texas, although there are still some pockets where there are underserved areas that could have it.  I think the majority of the people are looking at how to take the model outside of Texas.  It is starting to spread out into Colorado because there is some legislation that allows for it there.  There is definitely a growth.  They see what is going on, they don’t really understand it, but they know there is growth and with the centers popping up recently that there is something to the model,” De Moor says.