Finding Safe Harbors in the Sea of Health 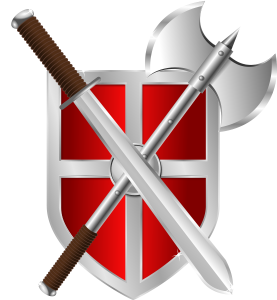 When working out a healthcare transaction between a hospital health system and a physician owner, whether it be a co-management agreement or a straight sale, there are certain lines that could be deadly for either business if crossed.  Luckily, there are safe harbors that both parties can follow to ensure that a deal remains legal in the eyes of state and federal regulators.  The Ambulatory M&A Advisor takes a look at some of the regulations and the ways that providers and hospitals planning a deal can follow the rules and get the transaction right.

Bill Hoffman, associate attorney at Polsinelli PC says that the Anti-Kickback statute is a regulation that does in fact have safe harbors, but in a transaction setting, in the actual purchase of the assets, one would nott typically rely on the safe harbor.

“What you usually do is evaluate the circumstances and the facts of the transaction to ensure the arrangement is fair market value, commercially reasonable, does not take into account the volume or value of referrals exchanged between the parties.  You really look at making sure that the deal makes good commercial sense without regard to referrals,” Hoffman says.

“When it comes to the structuring of the entity after the deal, the relevant safe harbor is the small entity or large entity investment safe harbor and that has several components.  That is just a view of it from 60,000 feet.”

Robert Mosher, partner with Nossaman LLP says that  safe harbors do not just apply to transactions, but also to a contractual agreement between the two parties.

“There are safe harbors for certain types of contractual agreements.  For a hospital it is usually concerned with mostly Stark regulations as well as Anti-Kickback.  There are very significant requirements for contractual arrangements if it is a hospital because they are subject to the Stark regulations.  Otherwise, it is just the Anti-Kickback statute,” Mosher says.

According to Mosher, hospital services are subject to Stark restrictions meaning that there must be an exemption if there is a financial relationship between a referring physician and a hospital.

Jeff Moore, partner at Phelps Dunbar LLP says that for hospitals and physicians, with respect to Stark, there is a bit of a break in that ASC facility fees, the technical component of ASC procedures, are generally not considered designated health services under Stark if those fees are billed to Medicare under the ASC composite rate.

“Services generally billed by an ASC are at the composite rate, not considered to be designated health services.  This is good from a Stark standpoint because that reduces some of the possible Stark issues in a hospital/physician joint venture related to an ASC.  That doesn’t solve the issue with respect to the Anti-Kickback Statute analysis.  Anti-Kickback applies to any items or services reimbursed by a federal healthcare program whether they were referred by a physician or anyone else,” Moore says.

Moore explains that some safe harbors deal with investment interests in ASCs and they cover single specialty ASCs, meaning surgery centers that may only provide GI services or an ASC that provides only Orthopedic services.  Moore adds that there are also safe harbors that serve to multi-specialty ASCs that are entered into by different groups of specialists.

“For example, the terms on which the investment interest is offered to the investor must not be related to the previous or expected volume of referrals that they are going to make to that ASC joint venture.  You can’t pick investors just because you think they are going to be high referrers to the ASC.

The entity or any investor must not loan funds to or guarantee a loan for an investor if the investor uses a part of such loan to obtain their investment interest.  Meaning, the hospital could not loan funds to physicians to become investors in the ASC or vice versa.  The government wants them to invest their own capital and resources and be at risk in the venture rather than have other parties in the venture loan them the funds to obtain their ownership interest.”

According to Moore, one of the most important criteria that would be looked at by the OIG is the amount of payment to any investor in return to their investment.  Moore says it must be directly proportional to the amount of capital investment that they made in that joint venture.

“If a physician makes an investment that is a 20 percent interest in that joint venture, their return on investment should be 20 percent.  They shouldn’t receive a 40 percent return on their investment if they only invested 20 percent of the capital.  That would be an issue that the government would absolutely frown upon and is probably the most important prong of the safe harbor,” he says.

Another example of a safe harbor that Mosher discusses is the Small Business Safe Harbor.  Mosher says the most important portions of this safe harbor are that no more than 40 percent of investors are physicians who  are in a position to influence referrals.

“Secondly, you derive no more than 40 percent of your business from your physician owners.  There are other requirements for the safe harbor such as you don’t sell units on a basis that is based upon expected referrals; you don’t sell units based upon promisary notes and other debt.  These are things that are relatively easy to comply with.  It is the 40 percent rules that are difficult to comply with in that safe harbor,” Mosher says.

As  far as rural health centers and safe harbors, Hoffman discusses one that involves minimal conflicting regulatory guidance with respect to the Anti-Kickback statute and the Stark Law.

“The recruitment safe harbor under the Anti-Kickback statute is commonly used, except the one interesting point is that there is a requirement that the provider perform a certain amount of his or her services in a rural area.  I can tell you that several hospitals don’t structure their arrangements to strictly comply with the safe harbor because it would be impossible to do so with so few hospitals in rural areas,”  Hoffman says.

“Instead, what most of them do is structure arrangements to comply with two different regulatory schemes.  The first is the Stark Law which is a strict liability statute that has a recruitment exception of its own, but that exception does not require the physician to perform a certain volume of services in a rural area.  The second regulatory scheme that is commonly followed when structuring recruitment arrangement is the IRS rules on private inurement and excess benefit transactions.  Typically what a hospital will also do is require the physician to perform a certain volume of community care, remain in the community for a certain amount of years.  That’s not related to rural but it certainly makes the arrangement look more reasonable from an Anti-Kickback perspective.”

Mosher says that although the safe harbors are relatively the same as they were when they were adopted back in 1999, they change infrequently, but the idea of change is certainly not unheard of.

Mosher says these types of changes in safe harbors or their interpretations can retroactively effect an existing arrangement unless they are structured not to, which would be unusual.