The Price of Good Will 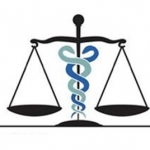 With most transactions these days, it seems like anything can be thrown into a purchase price agreement.  Whether it be equipment, real estate or employees, mostly everything includes a cost for the buyer.  What about goodwill?  Can a hospital purchasing an urgent care practice pay for this asset in the purchase price?

“There are the working capital assets, then the fixed assets being property, plant, and equipment. To the extent that the business generates cash profit in excess to what is required for the value of the tangibles, then you have intangible value, or good will,” Dietrich says.

David J. Hyman, attorney with Doerner, Saunders, Daniel & Anderson LLP adds that traditionally, good will in any business is considered to be the public’s favorable perception in the business, and its willingness to continue buying the goods or services of the business.

“It’s your public persona and the favorability of that persona, and how well that persona translates into continued future business,” Hyman says.

Stephanie Sobkowiak, partner with Murtha Cullina says that certainly these days where many hospitals and physicians are looking to integrate, the idea of purchasing good will is a fairly hot topic.

“The physicians often, if not always, want to be paid for more than the value of the hard assets of their practice.  In some situations, the hospital business team is willing to pay more, and enter the lawyers  that say ‘Wait a minute, this could be an issue.  What are we really talking about in terms of goodwill and how are we going to define it?’” Sobkowiak says.

Dietrich says that in a transaction between a hospital and physician practice, good will can play into the transaction price.

“In order for a business to have salable good will, particularly within the context of a hospital buying a physician practice where the physicians would be a party in a position to refer under the Sark Law as well as the Anti-Kickback Statute; good will can only exist if after the hospital buys the physician practice, it’s able to generate a cash-flow profit on that practice from sources other than referrals,” Dietrich says.

According to Hyman, there are regulations under the Anti-kickback statute about physician’s ability to sell a practice and continue working for that practice in a position that would generate or potentially generate referrals.

“I’d recommend counsel and that the parties consult that regulation in particular as they go into the transaction.  This is because it will limit the ability of the physician to continue in the position of being able to recommend or make referrals for the hospital that purchases the practice,” Hyman says.

Dietrich says the entities in these situations really have two issues going on.

“One is that the patient list or charts of the physician…in order to have value, there has to be a positive cash flow associated with the charts.  Because FMV is always a hypothetical buyer and a hypothetical seller, you always have to ask yourself, would a hypothetical buyer; pay a physician for physician charts, if that buyer was not going to get any cash-flow return on them,” Dietrich says.

“For example, if a bank offered you a CD for $10,000, but didn’t pay any interest, and when the CD matured it kept your money, would you give the bank your money?  No, of course not.  Under the FMV standards there is really no difference between that scenario and the charts.”

Another thing about charts, Dietrich says, is that many times buyers may find someone who says you can value charts by the cost to replicate.

“When you have paper charts, you’ve got a major issue with obsolescence.  A hospital buying a physician practice, for example, if it’s buying paper charts, those charts are really obsolete, and the hospital is going to have to incur the costs to convert that information into an EHR,” Dietrich says.

As mentioned before, Sobkowiak says there are some safe harbors to get around the issue at hand.

“There are some safe harbors under the Anti-kickback statute for the sale of practices.  However, they are incredibly limited.  So, your typical hospital looking to acquire a group practice probably is not going to fall within a safe harbor,” She says.

“That being said, I think that hospitals in weighing their risk, have certainly come up with some other ways to try and categorize items that are arguably in the goodwill category, making clear that any such items are separate and apart from any referrals.  One such example is the value of a non-compete.

Sobkowiak also believes that, while excluding goodwill from the purchase price is the safest course of action, it may make a difference if the hospital is in a situation where the physicians in the group that is being acquired are staying in the community or with the group, and therefore will have the ability to refer.  In such a situation, as compared to a situation where the physician is retiring or moving away, there will be ongoing referrals and the scrutiny may be greater.

Hyman says if the physician is the focus of the good will as opposed to the logo, office location or the general reputation of the group, there is no good will being acquired by the hospital because the physician takes it with him.

“That is going to require some sort of business based analysis as to what exactly is the nature of the good will.  If it’s a small practice in which the physician owners themselves are the source of the reputation, and they don’t stay with the practice after the hospital buys it, then the hospital really hasn’t bought any good will at all.  However, if it is determined that the practice is famous and well-regarded on its own, regardless of any individual practitioner, then there is good will to be bought.  Accountants have formuli that they and valuation specialists use to calculate the value of good will.  Often it is done rather arbitrarily because it is so hard to calculate what the value of good will is,” Hyman says

Hyman says if the hospital is paying quite a bit of money for the entity, and a referring physician intends to stay with that facility after it is bought, the consideration has to be given to that regulation.

“If a practice is sold, the physician is limited in the amount of time they can stay with the practice after being paid by the hospital purchaser.  How can they avoid having to stay with that?  What you have to look at is whether the purchase price was Fair Market Value (FMV), commercially necessary and reasonable.  If there is any doubt as to that and the physician stays on; there is the possibility that the government could find that the excessive payment in  excess of FMV was a payment of a kick-back for the referrals that they physician makes,” he says.

In terms of FMV and good will, Sobkowiak says that accountants and valuation firms that do this  use a variety of different models, in generating their recommendations. But, by and large, when lawyers are talking about FMV, they are talking about the FMV of the tangible assets.  In other words, to minimize the regulatory risk to the greatest extent possible, you don’t want much goodwill included in the FMV figure.  If goodwill is in the number it begs the question: Is this really FMV in an arm’s length transaction or is part of this payment really a payment for referrals?”

Sobkowiak says this situation is where the risk tolerance portion of this comes in.  Aggressive hospitals may be willing to categorize certain elements of goodwill, excluding any value attributable to referrals, and include these elements in the FMV purchase price, particularly where the physician or group  being acquired is no longer in a position to refer.  The more conservative approach is to value the hard assets absent any elements of goodwill to minimize the risk of any claim that the goodwill portion was totally or partially meant to compensate the physician or group for referrals .