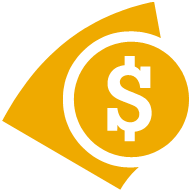 There is always a price or a fee for everything.  In a healthcare M&A transaction, while the main focus is gaining the right price for a business, both buyers and sellers need to be aware of the numerous fees that will surface in a healthcare transaction.  From success fees, to break up fees, The Ambulatory M&A Advisor helps to shine some light on the different fees that can creep into a buyer or seller’s transaction.

Geoff Cockrell, partner with McGuire Woods LLP says that as far as standard fees that may arise, on the sale side of any size transaction, sellers can probably expect an investment banking fee in the vicinity of two percent, maybe a little more, maybe a little less.

“This fee comes with the caveat that there are some investment banks that will do a lot more in getting often a smaller company ready for sale.  This may be through helping with projections, back stopping accounting functions; that is a much more involved process so their fees might be five or six percent.  However, comparing investment banker fees is not really a great comparison because it depends on what the company needs,” Cockrell says.

“With larger investment banks, it is all a little more standardized at two percent, maybe a little more or less.  The two percent is a success fee that is only paid if the deal closes.  There may be a monthly retainer amount that covers the cost of the investment banker doing their work.  That retainer fee may be 20,000 to 25,000 dollars, but would usually be applied against the success fee.”

Cockrell says that sually, if a deal doesn’t close, there is a tail often of twelve months.  This means that if the company doesn’t deal with someone else, they would still owe the fee to the original banker. Otherwise, they could avoid the fee by terminating their engagement with them and then waiting a little while.  Cockrell says this may be limited to people that have been introduced by the banker, people they have sent any offering materials to…there is some limitation on the universe, but within that universe there is usually a tail where a company would owe a success fee if a deal were to close.

“The fees are negotiable to some extent, and there could be some creative set ups where people try to align the incentives. For example, maybe the rate gets higher at a certain point where if I am thinking of selling my company, and I think it is worth 100, maybe there is a base rate, but above some point, if I think the banker has done a super job, then I would be happy paying them incrementally more above some range.  With something like that, there could be some creative approaches to align incentives surrounding that,” Cockrell says.

John Brock, partner with the accounting firm of Dixon, Hughes, Goodman LLP tackles the typical fees from both the seller and the buyer perspective in a transaction.

“From a buyer’s perspective, the fees typically seen in a transaction relate to legal matters, financial due diligence, tax structuring & diligence, compliance assessments, billing & coding reviews  as well as any fees for M&A advisors/investment banking services that may be used by the buyer.  Similarly, we typically see a seller incur fees relating to legal matters, M&A advisor fees and tax advisors  We have also seen it become much more common for sellers to pay for sell-side financial due diligence in order to show potential buyers a quality of earnings analysis early in the transaction process,” Brock says.

One fee and provision in a transaction contract that has become more common in today’s market are breakup fees.  Over time these fees have become common in situations the involve a public company transaction.

Andrew Wachler, partner at Wachler and Associates, explains that the breakup fee is a provision in a contract that would require the seller to pay a set amount in violation of the provision if the seller was accepting another buyer or offer.

Wachler says that the seller may have a duty to get the best price but the buyer may be asking for a standstill.  They will ask that that since they are acting in good faith that the seller does not deal with other purchasers.  They are investing time and money and performing due diligence.

According to Wachler, if the buyer is going to just use the buyer to negotiate a better deal somewhere else, then the buyer wants to be compensated for their time and deter the buyer from not honoring their commitment.

“I’m not sure that you are going to see them in every deal, but I think that it would not be viewed as outside the norm and should be something a seller should expect to face when entering a deal,” Wachler says.

Wachler adds that although these fees are able to typically be negotiated away, it is something that buyers need to be aware of.

M&A Rates in the Market

“There may be a minimum, and sometimes depending on the size of the company, the minimum may cover a lot of the ground to begin with.  That is from the perspective that there are people that can help sell businesses that can cover a very wide expanse.  However, not everybody needs the largest international investment bank for a transaction.  But, if you try to work your way up the scale, incrementally larger ones will have a minimum that they are willing to entertain the representation.  If the size of the company is in that vicinity of the minimum, then the percentage of that minimum may collapse a little bit.  I usually see it in terms of a percentage with a minimum if the company is in the ballpark of the minimum fees that the bank would expect,” Cockrell says.

According to Brock, to a certain extent, every deal is different and he finds that both buyers and sellers will have different needs based on the facts and circumstances of a specific transaction.

“As a result, many of the fees can vary significantly and are primarily driven by the complexity of the transaction, the size of the transaction and the requirements of a specific industry.  That being said, fees and the scope of work can generally be tailored to meet the specific needs of the buyer/seller,” Brock says.

“What is a ballpark expectation of what a buyer or seller can expect to spend on legal, broker and financing fees in a typical ASC or urgent care transaction?”

According to Brock, based on his experience with ASC and urgent care transactions, it’s difficult to give meaningful dollar ranges as the fees can vary significantly depending on the complexity and size of the specific transaction.  Additionally, different the M&A advisors have different fee structures that can vary based on the size of the transaction.