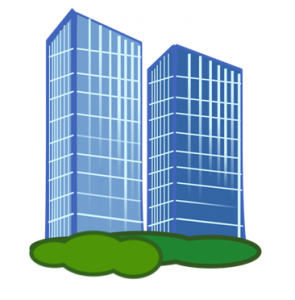 The current healthcare environment that owners and potential owners face today is one of constant change, growth, and confusion regarding said changes and growth.  One of the biggest topics of change in healthcare is the push towards consolidation, where larger businesses are merging with equals or smaller businesses in order to expand their footprint, and improve patient care.  One of the largest players on the playground of consolidation is that of hospital health systems.  In recent years, hospital health systems have been consolidating with other systems and working with outpatient groups like ASCs and Urgent Care in order to work their way into the value-based care model taking over the industry.

The Ambulatory M&A Advisor takes a look at hospital health system consolidation from several points of view.  This article is meant to examine the positives, negatives of consolidation, and what types of qualities, either side of the consolidation plan should look for in a potential partner.

Philip Kaplan, Manager with H2C says that mostly, he sees a lot of benefits for hospitals, much more than anything negative.

“I think we mostly see positives as the event provides the opportunity to create economies of scale and perhaps better allocate their resources to patient care rather than more administrative purposes.  Two health systems may be able to share some of the administrative costs, which will enable more resources to be used for patient care,” Kaplan says.

Monica Noether, Ph.D., Vice President of Charles River Associates, says that as far as positive notes, consolidation among complementary health care providers can facilitate the coordination of care that is demanded by emerging value-based payment models that pay for patient care holistically rather than on an individual service basis.

“Such facilitation can include alignment of provider incentives to deliver the right care in the right setting and improved clinical and administrative data systems for analyses critical to providers when they assume risk for the cost of the care they deliver,” Noether says.

“Consolidation can also reduce costs; both from administrative back-office service consolidation as well as from the combination of underutilized clinical programs to achieve economies of scale.”
When looking at the benefits to the quality of care involved with the two businesses merging, Noether says that to the extent that physicians of both partners agree on common, standardized clinical protocols and share best practices, quality of care is often improved.  In addition, for many services, higher volumes are often associated with higher quality.

Don Weinbren, attorney with Trenam Law adds that if done correctly, consolidation allows for more coordinated negotiation of rates with managed care companies and other payors, between the various providers involved in the consolidation.

“That, to me is the biggest benefit of it; in most situations, at least from the physician’s standpoint, they find that they are able to increase their reimbursement rates because, first, there are more of them and they have more clout in the negotiation. Second, they are usually better geographically dispersed, as opposed to smaller groups trying to negotiate on their own.

Also, from the hospital side, by being able to negotiate more of a turnkey agreement, it allows them to have more clout in their negotiations with managed care companies,” Weinbren says.

When discussing negative aspects of consolidation, Noether says that to the extent that previously competing providers consolidate, in some markets with few other existing providers or potential entrants, it may be possible for them to bargain for anti-competitively higher reimbursement rates with health plans.   Determination, however, of whether any such increase is actually the result of increase in market power rather than in quality (and associated higher demand) can be difficult.

“The biggest mistakes that I see coming from the physician side are two-fold.  One of them is the hospital’s lack of experience and understanding of how physicians bill.  What ends up happening is that hospitals that are used to doing large bills and not the one-off things that physicians do for many patients, don’t know how to bill that. Then it becomes an issue with being able to recover reimbursement for everything that the physicians are doing.  The other is melding the different practice cultures into the large group’s culture,” Weinbren says.

With respect to the billing issue, as the consolidation occurs, assuming that it is fueled by the hospital and not by group, there should be recognition at the outset that those who are in the position to bill for the physicians now ought to be continuing to do that.  The hospital will want combine everything and lay off all of the collection and billing staff.  Instead, the physicians should negotiate to bring their administrative people into the merged group.  This does not mean that they have to keep every group’s administrative staff; they can pick and choose between the groups that they are bringing in.  But, Weinbren does think that there is a need for hospital to recognize that they do not understand how physician billing really works.

Qualities in a Partner

Weinbren says one important factor to consider up front is, when physicians consolidate, they need to try to have some kind of an exit strategy, in case the consolidation does not work.  Exiting can be a real problem, because what ends up happening is, when they go into these larger groups, they are usually giving up their infrastructure(i.e. their billing software, their medical records system).  If they ever decide that they need to unwind it, it is now a much more difficult process for them because they don’t have any infrastructure in place.

“I often try to get the physicians, at least for an interim transition period, to be able to maintain their billing and EMR systems in place so that they can get involved with the larger group that they are going to consolidate with, but not give up their infrastructure right away.  Usually you will know relatively quickly whether or not there is going to be a problem, and if you then chose to exit, you would have the ability to do that because your infrastructure would still be in place,” Weinbren says.

Kaplan says that looking for common mission and common culture is very important.

“I think it can be really difficult if two health systems come together and they don’t necessarily see eye to eye on what their purposes are.  I think in a lot of cases, some health systems may propose affiliating initially, but as they begin to understand their different cultures, they might conclude that bringing the two systems together will not result in one superior organization.  In the best case, they may be able to cancel a merger before it’s been completed and commitments have beenmade.  I think common culture and common mission are very important, and to show that there are benefits for each side is really what comes down as the critical factor, it has got to be a win-win for everybody,” Kaplan says.

Noether agrees, saying that when considering a partner in a consolidation, having medical staffs in both organizations that are willing (and eager) to collaborate is generally critical to achieving the benefits of consolidation.

So, looking at potential partners, Kaplan notes that health systems need to think of the benefits of the partner merging with their company.

“Can you provide them access to capital?  Help them with resources?  Does it help achieve scale?  Does it help better serve patients on both ends?” Kaplan asks.

Noether finds that benefits are likely more extensive when the service mixes of the two organizations are complementary (e.g. outpatient rehab and inpatient acute care that subsequently requires rehab) in order to develop the shared incentives to deliver care in the most clinically appropriate setting.   Alternatively, a potential partner with substantially underutilized services that overlap with those of an acquirer looking for additional capacity can allow more cost-effective allocation of patient volumes.

As far as general tips involved with the consolidation process Noether says that it is important that businesses make sure that they both have concrete objectives (in terms of clinical quality and cost) for a partnership in mind when you assess potential partners.