Intent to Invest and Syndication: What Are You Getting Into? 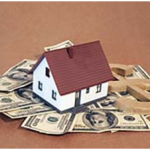 Syndication in healthcare is no new subject.  The idea of selling off portions of a lease or company to investors has been key for management companies and hospital’s participating in joint ventures to spread a clinic’s brand.

Craig Garner, attorney and Healthcare Consultant with Garner Health Law Corporation says the proof of success in syndication is in the process’ history.

“I think in a lot of ways, if you go back 30 years or so, you’ve seen so many community hospitals that have been closing, some of these small, one offs. The bigger systems with multiple centers in states and around the nation have been surviving and succeeding. The only way a smaller clinic these days can succeed, is not to buy multiple centers, but effectively to bring the clinics into multiple parts throughout the community,” Garner says.

“Syndication means bringing in an outside investor or a group of investors for the purpose of putting capital to work in a healthcare facility. Typically that type of facility would be something in the nature of an Ambulatory Surgery Center, a Dialysis Center, some type of facility that offers either equipment related diagnostic procedures, and, or facility related diagnostic procedures. Typically the facility is certified by a state regulatory authority,” Lewis says.

According to Lewis, usually, the group that is sponsoring the syndication may be an outside group that needs physician investors to come in.

Lewis says that the investment intent statement is a part of a larger exemption that is available under federal and most state laws.

Lewis says that this document is used by the investment groups so it qualifies for “private placement,” or, in other words, you don’t have to publicly register the securities with the FCC so long as a placement is made to typically accredited investors and also that the investor is acquiring with investment intent purposes and not with the eye or purpose of turning around and redistributing or reselling those securities immediately.

Garner says the development of the investment intent statement really depends on the nature of the investors.

“If it is a physician owned facility with multiple investors the biggest issue you have is healthcare in general, you always have the representations, the risks and warranties. There should probably be a big red flag for investors that says “This is healthcare. Everything is changing. Beware!”” Garner says jokingly.

Garner says the statement should serve as a function of trying to be as specific as one can.

“It should really try to focus on the issues and concerns of the transaction that most investors have. This important especially, when you have now such a huge arena of healthcare lending. Healthcare lending has become such a huge industry. It used to be where you do transactions through credit lines and things like that. It was pretty much a secured transaction. Now, half of it is healthcare, half of it is asking about reps and warranties, about healthcare laws, as well as privacy, data breach and HIPPA issues. Now, you really need a finance attorney as well as a healthcare attorney to do a simple transaction that involves a lender,” Garner says.

Lewis says that investment intent in the private placement world usually means an absolute minimum of six months to a year would be a minimum holding period for investment funds, but a longer period of holding is better.

According to Lewis, if there is an intent to resell, a securities lawyer has to take a close look at when an investor says they are going to resell.

“Does that mean the day after we syndicate we are going to resell, or in the future if someone comes along and makes us an attractive offer that fits we certainly will take a look at it?” Lewis says.

“If the idea is going to be syndication, build the facility, then turn around and flip it; you may have a problem under the private placement rules and securities laws with getting that done.”

Some may wonder what happens to their money if their is a life altering event and they feel the need to pull out of the investment before the required time frame.

According to Garner, if a physician invests then suddenly has to back out of the contract, the probability of gaining the invested money back depends on the contract and if there are any conditions preceded to money being locked up.

“If there is a life altering event, typically with those things you can back in and say “well, I had to sell it because…” Then the “because” would be taken into account,” Lewis says, agreeing that the outcome is truly going to depend on a transaction by transaction basis as to how you can get out and when you can get out.

“With some of the syndications that you see, your money is locked down for some period of time. This could be from two to five years. That is something on the front end that one needs to take into account. Typically, when these investments are made, they are made by people that can afford to lose all of their investment, or can afford to allow that investment to remain where it is for some significant period of time. Therefore, getting the money out may not be as easy as one would believe if there is an illness in the family or another life altering event has occurred,” Lewis says.

“The documents are going to say what happens, who has the right to buy it, and what the purchase price is going to be. In certain cases you will see that so as to discourage people from doing this, that purchase price for two to four years may be locked down at some reasonably or artificially low level just to discourage people from trying to get their money back. This gives time for the facility or the entity that is operating the facility, to season, become mature and become an operating, profitable business.”

It is not quite easy to receive funds through other external resources, generally to deal with health care needs. Very popular penicillin antibiotics that fights bacteria. These drugs does not treat a viral contagion like a common cold. Kamagra is a cost efficient remedy for helping men to sustain an erection. What about online cialis and cialis online? When you order medications like Kamagra you have to know about how to buy cialis safely. Other problem we are going to is undefined. Like many other medicines, Kamagra is also secret according of it’s active component. Keep reading for a list of medicines that may cause soundness problems and what you can do to prevent probable side effects. The most common perhaps serious side effects of such medications like Kamagra is back pain. This is not a complete list of feasible side effects and others may occur. Internet is a perfect way to find a physician in your area who treats this kind of malfunction.