Focusing on Key Points of the M&A Healthcare Transaction Process 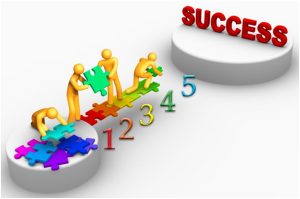 Mergers and Acquisitions provides the means of expanding a healthcare business’ brand or overall influence in the industry.  Although the idea of an M&A healthcare transaction is one that is used constantly in any industry, there are some misconceptions and areas that people tend to forget in the process.  The Ambulatory M&A Advisor is pleased to remind its readers of some key areas in the process that when understood, will help a participant in an M&A transaction to be well versed and poised to succeed.

Michael F. Schaff, shareholder with the law firm Wilentz says that the misconceptions that people have about the M&A process depends on which side of the transaction the parties are on.  Schaff explains that many centers involved in M&A transactions are owned by physicians, and physicians don’t really understand the process and its several stages.

“Some physicians believe that after you sit down and talk to a potential purchaser and agree on some basic terms regarding the sale, that the deal is done,” Schaff says.

Schaff says that many participants new to the an M&A transaction don’t realize that there is a process that needs to happen before the deal actually closes, money paid by the seller and finally distributed to them.

“It is just the lack of experience with the deal process.  Physicians generally don’t fully understand the components of a M&A transaction; that they will need to make representations and warranties, as well as other typical issues.  Many times, they may not fully understand what questions to ask a potential acquirer,” Schaff says.

“A warranty is essentially the insurance policy that gives the buyer certain rights relative to enforcing that representation. As far as a time frame for the warranties, it depends on the nature of the representation that is made,” O’Sullivan says.

“Some basic ones like the ownership of the business, the fundamental of representations and warranties, do authorization to be able to sell the business or sell its ownership, assets.  Those tend to run longer and sometimes things that involve any intentional misrepresentation or fraud, will run indefinitely.  Many times there will be a period that is tied to the applicable statute of limitations; and then in other circumstances, seeking to essentially limit it,” O’Sullivan says.

While reps and warranties help the seller alleviate risk from their hands, a buyer must be concerned about the idea that if they don’t ask the right questions or get the right promises, they could wind up with some unperceived difficulties with the business that happen on the buyer’s watch and end up paying for it out of their own pockets.

Carmin Grandinetti, partner at Bingham Greenebaum Doll LLP says that another important area in the process to understand is the letter of intent (LOI), a memorandum of understanding or term sheet, which either initiates the discussions or is a culmination of the initial discussions.

“That term sheet is generally not binding with a few exceptions. There is usually a ‘no shop’ clause in the term sheet that is binding for a period of time between 30 to 60 days depending on the complexity of the proposed transaction,” Grandinetti says.

According to Grandinetti, that clause will prohibit the selling physician practice from having discussions with other potential acquirers while the parties negotiate definitive agreements. The LOI’s complexity will be a function of the size of the practice and whether the physicians of the acquired practice will be employed by the acquirer following the closing.

Grandinetti says that the LOI will be preceded by a confidentiality or non-disclosure agreement. Before a potential buyer can make an offer, it needs to understand the operations of the practice. That understanding will require a fairly deep dive into the financial results of the practice and its business.

Grandinetti says sellers of a business need to be aware of the expectations set up during the negotiations phase of the M&A process.

“The biggest driver, of course, is the purchase price.  The second big driver is what the role, if any, that the selling physicians will have in the succeeding organization.  Those two play a real important part in the negotiation,” Grandinetti says.

“For example, if I am selling my practice…a physicians practice is basically medical records, patient contacts and a few assets and perhaps a billing infrastructure.  I usually don’t see a lot of AR being purchased, as AR are usually retained by the selling practice.  In this case, you have not only a valuation of the business but the negotiation of the employment arrangements with the selling physicians. In each case the regulatory framework may require that the parties seek “fair market value” opinions as to both the purchase price for the business and the compensation payable under the employment agreements.

Grandinetti says this area is a negotiation of the value of the business as well as a fair market value employment arrangement that is not driven by referral.  Grandinetti says when examining a healthcare business, the most important thing a buyer is going to be worried about is the transition if that physician is not going to continue on.  If that is the case, the buyer needs to make sure the business is set up to continue bringing in capital after the exit of the previous owner.

Schaff indicates that in many cases, when parties acquire an interest in a business like a  surgery center, they typically do not purchase the entire center because they want to keep the physician still involved, which is in stark contrast to other M&A transactions where the prior owners are typically no longer owners.

Schaff recommends that when Physicians commence considering entering into a possible M&A transaction, they need to be educated upfront on the entire other process that they will most likely go through. The retention of an experienced healthcare transactional lawyer is a must.

Schaff says in the healthcare industry there are three different types of healthcare lawyers and physicians hopefully have dealt with at least one of them.  The first type of lawyers are those  who have been trained as a regulatory lawyers with the government.  The second type of health care attorneys are those trained in as litigators.

Grandinetti says if the decision to sell was an affirmative action on the part of the sellers to sell,  they are best served by talking to their accountants and their lawyers and explaining what they want to accomplish first.