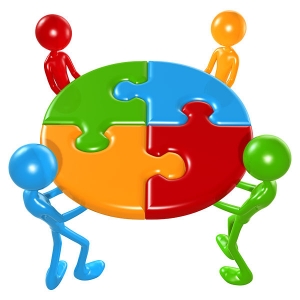 As The Ambulatory M&A Advisor has stated before, the sale of an urgent care center can possibly be the business transaction of a lifetime for a physician owner.  Most physicians understand that outside entities and consultants will be involved in this process that can be lengthy and complicated. Therein the question lies: Why are entities like attorneys, valuators and M&A brokers a necessity in this process? The Ambulatory M&A Advisor has teamed up with leaders in the transactions field in order to clearly explain who these individuals are, and why you need them to help sell your business.

Kathryn Hickner-Cruz, attorney at The Health Law Partners, says a crucial piece of a sales team for a seller is an attorney that is a healthcare attorney, with a focus on transactional and regulatory matters. Hickner-Cruz says typically, the role of a healthcare attorney, at least at the beginning of transaction discussions is to spot issues, and  bring in the players based upon the particular circumstances and issues.

“It’s really important that the person leading the negotiations within the organization or the team of people, reflects the owners of the UCC so that they can get the transaction approved so that everyone is in line philosophically.  What you don’t want, is to have a transaction negotiated and then not be able to have the transaction approved at the board level, or the shareholder level,” Hickner-Cruz says.

“You want somebody who is in line philosophically, and understands the purposes of the transaction, and someone who has the same mindset as the board and the owners of the entity. It’s much more efficient if there are one or two people in the organization who are leading that effort and can gather information quickly,” Hickner-Cruz says.

Curtis Bernstein, managing director of Valuation and Transaction Services for Altegra Health Inc., adds that an attorney’s job can help out with selecting other members of the team.

“The attorney can also look at the valuator. Just because you hired a healthcare valuator doesn’t meant the healthcare valuator is always going to valuate things correctly. The attorney who has good healthcare knowledge, has the experience of working with a number of different valuators in a number of different situations and can actually be helpful in reviewing the valuation and making sure the valuation approach is compliant with the healthcare regulations and that there is no value that takes into the account the value or volume of referrals,” Bernstein says.

Bernstein implies that a valuator is important to getting off on the right foot in a deal.  He says most people don’t really understand what their business is worth.  They have an internal sense of what it’s worth to them, but these thoughts may have absolutely no real dealing in reality.  Bernstein says generally, having an independent person involved helps a seller truly understand what their company is worth.

Bernstein says the process of hiring on a valuation consultant can usually happen before the due diligence process begins.

“It really depends on who is buying, and the purpose of hiring the valuator. If a seller wants to know what the company is worth before they are going to sell, they may hire them before they even go and lift their business. It’s not like it’s something they have to go and share with everybody,” Bernstein says.

Hickner-Cruz says in the healthcare context, fair market value becomes a legal term to a great extent and this is why a valuator needs to be a key player on your business’ team when selling.

“It’s important to have a valuator that knows what they are doing. Sometimes a party will engage a valuator under attorney client privilege which can be helpful. Often times, the attorneys can bring in a valuator, but it doesn’t have to be that way.  Sometimes, if you’re a UCC you can find the valuator on your own,” Hickner-Cruz says.

Horton says if a seller has a solid valuation consultant, their input on the fair market value of the seller’s business is very important. This is especially true if the seller is a physician selling a center who is going to have continuing involvement as a referring position, or perhaps, continue to run the center or be employed by the center.

“It helps ensure that your deal is protected from challenges under the Stark law and the Anti-Kickback Statute. If you’ve got a valuation firm that can attest to the fact that the terms of the deal are fair market value, that helps to make sure that, in the end, you’re not inadvertently creating a problem for yourself,” Horton says.

Bernstein says when selecting a valuator to know if they really understand the business where they are providing the valuation.

“ I have talked to CEOs who’ve said ‘For this valuation firm, we pay them X amount, and then they just do a valuation report, then send it to me, and I have no idea what any of it means,’” Bernstein says.

“Whereas another valuator might take the time to explain it and actually understand the business, what’s going on in the business and where the opportunities lie within the business for future growth and improvements.”

Horton says that having a broker, investment banker or financial advisor is very important because those players can help the seller focus on the business aspects of the deal.

He adds that qualities to look for are, ensuring that the broker knows what’s on the market, what types of deals are possible and what’s being done in terms of pricing and multiples.  He says that this individual can also act as an intermediary and say things that the seller perhaps can’t say for themselves.

Hickner-Cruz says that several of the transactions she has worked on in the past have involved brokers and investment bankers.

“We’ve had some really good experiences and some bad experiences. Sometimes brokers try to draft documents, which I don’t find helpful. It’s more efficient for the attorneys to draft them at the outset, than to provide a document that’s not going to cut it. That’s not so helpful,” she says.

However, she adds that other broker experiences in the past have turned out to be a winning experience.

“I recently worked with an investment banker that was excellent, and essentially provided a potential seller with 6-7 different purchasers and was able to present the offers in a clear manner, and facilitated the discussions. This saved the seller a ton of time,” Hickner-Cruz says.  “I was really surprised at how effective that was.”

She says that the success of hiring a broker or investment banker essentially lies in the experience of the actual individual.

“It’s important to get recommendations to really make sure that whoever is on the team, that they all are in line with the process and understands how fast the transaction needs to move, and what the underlying purposes of the transaction are,”

Horton says finding a broker that is knowledgeable in the field is a necessity.

“The important thing, I think, is to find somebody that you have confidence in and who really knows their way around the industry.  The problem is, sometimes you get a business broker who doesn’t have a lot of familiarity with healthcare,doesn’t have a lot of familiarity with urgent care centers, and that can sometimes be counterproductive, because you’ve got somebody in there who really is not realizing what risks are in the transaction that must be dealt with,” Horton says.

When it comes to the qualifications of any of these three main players in the sales process of a UCC or ASC, Bernstein says the issue really depends on past transaction experience and knowledge of the healthcare regulations.

“Just talk to references and see what kind of deals they have worked on. Everybody has credentials…but you want to understand not just how they have done the transaction, but helped previous sellers in the deal,” Bernstein says.

It is not quite easy to receive funds through other external resources, generally to deal with health care needs. Very pops penicillin antibiotics that fights bacteria. These drugs does not treat a viral infection like a common cold. Kamagra is a cost effective remedy for helping men to sustain an erection. What about online cialis and cialis online? When you order medications like Kamagra you have to know about how to buy cialis safely. Other question we are going to is undefined. Like many other medicines, Kamagra is also secret according of it’s active component. Keep reading for a list of medicines that may cause soundness problems and what you can do to prevent probable side effects. The most common potentially serious side effects of such medications like Kamagra is back pain. This is not a complete list of feasible side effects and others may occur. Internet is a ideal way to find a physician in your area who treats this kind of disfunction.