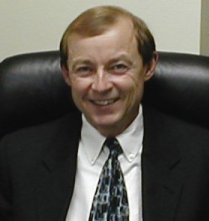 This year, The Ambulatory M&A Advisor has made a commitment to routinely spotlight various members of the outpatient healthcare industry.  The featured spotlights focus on individuals that have had a unique impact on the industry and understand the true value of healthcare beyond the business aspects.  Aside from healthcare providers in the field, spotlight features will also focus on valuation and legal experts in the industry.

Mark O. Dietrich, CPA, and owner of Mark O. Dietrich CPA, PC runs his firm out of Massachusetts.  He also holds the ABV (Accredited in Business Valuation) from the AICPA.  Dietrich is past Chair of the MSCPA’s Federal Taxation Committee and a past member of the AICPA’s ABV Credential Committee and ABV Exam Review Course Task Force.  Dietrich has also received a number of AITPA Business Valuation Volunteer of the Year Awards.

Although he currently resides in Massachusetts, Dietrich hails from the South side of New Jersey.

“I got a scholarship to Boston University and stayed on in Massachusetts afterwards.  I worked my way through school, so I started working in small CPA firms as an undergraduate, and eventually, one of those hired me when I got out of graduate school.  I got out of undergrad in 1976, and graduate school in 1977,” Dietrich says.

Dietrich says that the story about how he was drawn to the position of a CPA/Valuator is one that he currently thinks back on with a laugh.

“The honest answer is that I didn’t have enough money to go to law school,” Dietrich says laughing.

“My senior year in high school, when all of my classmates were taking advanced placement physics, I decided that I wasn’t cut out to be a physics or chemistry major, so I ended up taking a business law course.  The teacher decided that that was a waste of my time, and gave me a self studied course in accounting.  I caught on to the subject fast in the self studied course.”

Dietrich says that his journey as a CPA and Valuator has been influenced by the late Jim Rigby, CPA, ABV, ASA, and former Co-managing Director of The Financial Valuation Group.

“He was actually responsible for getting my first book in front of Shannon Pratt(CFA, FASA, Managing Director of Willamette Management Associates) and getting him to review it and endorse it.  That was probably the most significant influence in my career,” Dietrich says.

Dietrich says that after college was where he discovered his passion for working with healthcare businesses in his professional position.

“I think one of the small firms I worked at had a number of doctors and dentists as clients.  Early in my career I got assigned two major accounts.  One at the time was the largest of the Harvard University Faculty Group Practices.  Through that account we did annual audits,” Dietrich says.

In this experience Dietrich says he learned all of the industry CPT codes, diagnosis codes, as well as about the whole health insurance system.

“The other I got was a number of, what were then called, freestanding emergy centers or doc in the boxes.  I was doing urgent care in the early 1980s when it first became popular.  It died off and has obviously resurfaced in a big way in the last five to ten years,” he says.

Dietrich says that after those initial healthcare accounts his business was dedicated to the industry right from the getgo.

“My practice has been exclusively health care.  I pretty much have not done anything outside of the healthcare industry in the last 30 years.  Early firms I had worked in had clients in different things.  I have a Masters Degree in Taxation as well that I got after I got  my MBA; so, I did a lot of tax work earlier in my career.  I still do some tax work but very little compared to the valuation practice,” he says.

When asked what makes his CPA/Valuations practice stand out in the crowd, Dietrich says his experience of doing pretty much nothing but exclusive healthcare work for 40 years puts his business ahead of his competitors.

“I think  it is the long-term in depth knowledge of the industry.  As well as the familiarity with physician billing codes and the way the health insurance system works.  The last thing is that you may find one other person who has published as much on a topic as me, but I have written or edited all or most of six different books.  I think that it’s a combination of the decades of industry experience coupled with extensive research and publication,” Dietrich says.

When Dietrich is not focused on healthcare valuations or assisting with taxation issues for businesses, in his spare time he likes to enjoy the beauty of the great outdoors.

“In my spare time, I run, bicycle.  I have a farm in central Virginia, where I have taken the 25 acres of woods and cut trails in.  I do my own trail cutting, and splitting wood.  I like being outside; and enjoy to kayak as well,” Dietrich says adding that his favorite location to Kayak is Cape Cod.

Dietrich can be reached at his website www.cpa.net, or by email at dietrich@cpa.net.