Mediation, Arbitration and your UCB 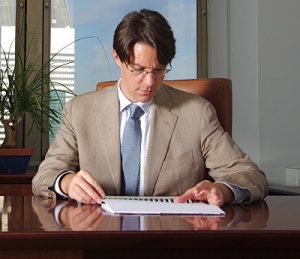 Mediation, arbitration and your UCB. Which method suits your center best?

Disputes between providers are something that is ultimately inevitable in some cases.  However, instead of leading straight into a full-on litigation situation, there are other routes to consider taking.  Some of these methods may already even be in your business contracts. Experts say that mediation and arbitration are two forms of conflict resolution regularly seen in the healthcare industry. What is the difference between the two?  What are the benefits of one over the other?  Why shouldn’t I just go straight to court? All of the important questions regarding mediation, arbitration and your UCB are answered by industry specialists in a close examination of the two methods.

Greg Abrams, partner at Pacific West Law Group in Oakland, CA says that typically, mediation is a way to bring disputing parties together.  He says in some situations the numbers can be more, but often, mediation is two disputing parties together.  Abrams says in this process, a third-party mediator is used in an attempt to work out a resolution.  Abrams says when seeking out a mediator, it is best to use a mediator who has experience facilitating and “getting people to yes”.

Abrams says mediation is completely voluntary in the sense that the mediator goal is to get the involved parties to “yes” by the mediator using their talents, skills, capacity to see interests and concerns of each party.

“The mediator is really important because they are trying to convince the two parties that they can get to “yes” themselves with their own decision making capacity.  The mediator does not make a decision,” Abrams says.  “A successful mediation involves the parties agreeing on a resolution with the help of the mediator.”

As far as the actual set up of mediation, Abrams says this varies dependent on the situation and investment in the issues for the parties.

“The ones I have seen, tend to have involved a lot of emotion. Litigation and the threat of litigation are pretty emotional things, just as much as the underlying dispute itself.  When one or more of the parties are human beings rather than just corporations, there can be a lot of animosity.  So it may be tough to even have the parties in the same room together, having direct contact with each other.  A lot of times it’s better to run the mediation with the parties separated from each other,” Abrams calls this method “shuttle diplomacy”.

“The mediator will, among other things, endeavor to point out the strengths and weaknesses of each party, to each party, without sharing that same information with the other party.  The mediator is walking this line,” Abrams says.

Abrams says the process of mediation can last a short time (less than a full day) or a long time (many days), depending on how complicated the issues are in the case, and how amenable the parties are to continued negotiations.  At the end of it all, the parties hopefully agree on the elements of a resolution and maybe draft an agreement to resolve their dispute on the spot if they can.

Henry Silberberg, owner, Silberberg Resolution Services says that the resolutions can vary based on the position in the dispute and the terms of the agreement.

Silberberg, a professional arbitrator explains that arbitration is an alternative to having your dispute resolve by the judicial system.

“In almost all cases, it requires an agreement between the parties that in the event of any dispute they will endeavor to resolve the dispute via arbitration.  Quite often the agreement will specify various bells and whistles as the procedure for the arbitration; most simply under which provider’s rules will the arbitration be conducted,” Silberberg says.

Silberberg says once arbitration is initiated, it is conducted in a somewhat less formal way than a proceeding would be conducted in a court of law, but it does have a formality to it.

“Evidence is taken, witnesses testify, they are cross examined, documents are presented to the arbitrator to weigh and consider.  At the end of the day, you get what is called an Arbitration Award, which is the ruling of the arbitrator or panel of arbitrators, usually three,” Silberberg says.

“You do need a consensus between the parties on who you choose.  Often if there is a dispute pending, there can be conflict when choosing a representative.  A more common approach is if you have an agreement, which, for example provides that any dispute is to be resolved by arbitration,” Silberberg says.  “The way it is initiated is to get in touch with AAA, fill out a form explaining the dispute, and then the company has administrators who will assist in the initiation of the process.  They have a list of potential arbitrators that they would present to the parties, or they would create a suggested list of potential arbitrators.”

At this point in selecting an arbitrator, Silberberg says the parties would then rank the members on the list based on acceptability, the replies would then be compared for common matches.  If there are common matches, the arbitrators are approached for availability and interest for serving on the case.

Kirk Davis, chair of the Healthcare Practice Group for Akerman LLP explains that there are specific benefits and risks when it comes to mediation, arbitration and your UCB.

“Usually you are in litigation, before you get into a court ordered mediation or an agreement between the parties to want to go to mediation,” Davis says.  “Mediation can be one of multiple alternatives that you can put in an M&A document to try to avoid litigation.  Yet often, mediation is usually the result of litigation when the people have finally had enough and need a third-party person to step in and get them to agree to disagree.”

Davis says in the case of mediation he tries to advocate it pre-litigation at all costs.  He says the benefits to mediation are that all parties involved have an actual voice in the situation.

“Once they are able to voice their side, then I think they are much more willing to come to a compromise as litigation doesn’t allow them to as often.  In litigation, lawyers have vested interests in protecting their sides’ interests at all costs, sometimes to the detriment of their own client,” Davis says.

Davis says lawyers are always involved in the process, but litigation is expensive and has a lot of twists and tweaks.

“Lawyers want to make sure that they cover all of their bases, either in the prosecution of the case or in the defense of the case.  That often increases the expense exponentially,” he says.

In regards to Arbitration, Davis says this can be and is often like a mini-trial and can potentially come with some risk.

“If you don’t know what rules in the arbitration you’re governed by, you had better be careful what you ask for.  It can be as expensive and as burdensome as litigation,” Davis says.

However, Davis says the benefits of arbitration are that parties have a “jury” of one to three people and are much more predictable because they are lawyers or experts in the area.  This is versus a litigation jury who are six laymen who can come to any decision they want to, Davis says.

Although arbitration is a binding situation, Davis says in the end there can be a result, and depending on the rules, one party may not like that result.  This can lead to actual litigation to enforce or dispute the arbitration decision.

“You get into those kind of extra steps that can happen dependent on the rules you are governed by,” Davis warns of certain arbitration issues.

It is not quite easy to receive funds through other external resources, generally to deal with health care needs. Very popular penicillin antibiotics that fights bacteria. These drugs does not treat a viral infection like a common cold. Kamagra is a cost efficient remedy for helping men to sustain an hard-on. What about online cialis and cialis online? When you order medications like Kamagra you have to know about how to buy cialis safely. Other question we are going to is undefined. Like many other medicines, Kamagra is also confidential accordingly of it’s active ingredient. Keep reading for a list of medicines that may cause heartiness problems and what you can do to prevent probable side effects. The most common potentially serious side effects of such medications like Kamagra is back hurt. This is not a complete list of feasible side effects and others may occur. Internet is a perfect way to find a physician in your area who treats this kind of malfunction.