Hiring a New Physician to a Healthcare Practice 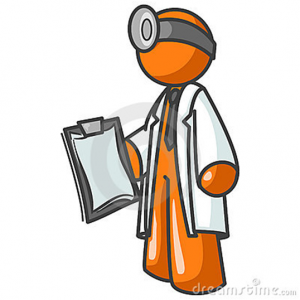 Hiring the right physician for a healthcare practice is a huge step for a physician owner.  This is something that the owner needs to get right both legally and culturally for the healthcare business.  Take a look at some of the legal areas to be examined and some of the questions that need to be asked both of the employer and the potential employee.

Peter Greenbaum. Shareholder with Wilentz says that from a legal perspective, beyond the Anti-kickback and Stark analysis, typically the biggest legal item to discuss and negotiate is the restrictive covenant that the physician shall be bound by. As far as what these restrictive covenants means, Greenbaum says that the owner does not want to hire a new associate, train a new associate, spend a significant amount of time and money on the new associate only to have that associate leave and essentially steal the practice-whether by stealing patients or employees.

Adam Laughton, Associate with Seyfarth Shaw says the legal risks depend on whether the owners are looking at a new or established physician.
“With established physicians, there may be residual issues from past practice.  The hiring group should check references, check the NPDB, the state board’s database of complaints or physician discipline.  Non-competes and whether they are enforceable are a big issue.  Physician compensation and whether it runs afoul of any limits under Stark or Anti-Kickback,” Laughton says.
As far as concerns with violating Stark or Anti-Kickback laws, Laughton says that for hiring, the typical kickbacks are some sort of recruitment incentive offered by a hospital (below-market office space, help with staffing, loan repayment, etc.).
“With investments, the distributions from the investment itself could be classified as a kickback unless the ownership interest is structured appropriately.  In some cases, a business offering investments to physicians may offer physicians with large or consistent referral streams special terms or may loan them the purchase price of their ownership interest (often to be paid back out of the distributions received by the physician,” Laughton says.
Common Hiring Mistakes
As in all ventures in the healthcare industry, there is room for error, even in the hiring spectrum.  Greenbaum says the one mistake that jumps out to mind is the fit of the associate.
“You don’t know who you are hiring until you actually hire them,”  Greenbaum says, adding this is referring to their sense of dedication, their skills – in particular their professional, administrative and marketing skills.

“You don’t know what you are actually hiring until you actually  bring them in.  The mistake that can be made is bringing on people that don’t necessarily click with the practice.  Therefore, a lot of time, energy and money has been spent on bringing this new person in only to not have them fit.”

Bryan Warren, manager of healthcare solutions for Select International says that when hiring a new physician or any employee, defining culture is key.  When defining culture, he sees it as an ambiguous term that can be a little bit hard to define.

“One of the things that we do is try to define the specific behaviors that company is looking for; and then those behaviors roll up into the culture.  It’s one thing to say that an organization is patient focused or quality focused, but what does that really mean? “ Warren asks.

“It’s impossible to say that you are going to hire a nurse that is “patient focused,” what does that mean?  For us, we try to define culture by looking for the very specific behaviors that make up that culture.”

According to Warren, when defining a company’s culture, the first thing everybody wants is dependability.

“We need people who are just going to show up and care about work, show up on time and will stick around.  But, as you can imagine in the healthcare world where the patient experience is more important than it ever was in the past, we are looking for the kind of behaviors almost like we would in other industries that required service oriented behaviors more so than we have in the past,” he says.

“Particularly when you think about urgent care and other retail environments, these are healthcare consumers.  They are looking for a certain level of service and attention.  You are looking for people who are really thinking about meeting the needs and the customer service needs of the patients; more so than we really have in the past.  What we’ve found is that we can use the same types of tools we’ve used in other industries, in healthcare, to target candidates who are more likely to display the behaviors that support the culture we want,” Warren says.

Laughton adds that another mistake is not allowing enough time to get the physician credentialed and “on-boarded” to the practice.  This means potentially paying them before they can be productive and generate revenue.  For established physicians, there may be lingering liabilities associated with investigations or payment audits at the previous practice, restrictions on licensure.

According to Laughton, a new physician or a physician moving from out-of-state may need to qualify for licensure or take a licensure examination before being able to practice.  Compensation structures may need to be calibrated to allow a physician time to ramp up their practice– is the practice expecting them to expand the practice (i.e. go out and find new patients) or are they being hired primarily to cover an excessive workload for the existing group (or a retiring physician).

Chad Ehrenkranz, partner with DLA Piper says when discussing the possibilities of a primary care physician investing in a practice or an ASC  is a “can” and not “should” type of situation.

“As a healthcare attorney and hybrid regulatory transactional attorney, what we do is present the client with the type of risk that they are dealing with in a transaction.  While a primary care physician certainly could invest in an ASC,  they would then create a series of potential issues from a fraud and abuse perspective for the others in the facility; this is because a primary care physician generally does not provide procedures at an ASC,” he says.

“That could and likely does take the center out of a specific safe harbor, meaning if they are in a multi-specialty safe harbor or physician hospital safe harbor, the individual that is a primary care physician could create a problem.  Traditionally ASCs  are supposed to be the extension of a practice and in that particular instance you could run into a scenario where it could potentially viewed as a cross referral.”

Although Ehrenkranz and other legal advisors say that it is possible,  Laughton says the answer to this topic is typically no.

“Under federal regulations, physicians who invest in an ASC are required to perform the types of services that can be performed in ASCs (i.e. at least 1/3 of their income must be derived from such procedures).  In some cases, they are require to provide a minimum number of services in an ASC in which they are invested.  This is somewhat the opposite of other Medicare regulations, which try to drive referrals away from entities in which physicians are invested.  Primary care physicians typically cannot meet these requirements.  However, with careful structuring and advice from legal counsel, primary care physicians could be involved in the ownership of real estate or other assets associated with an ASC,” Laughton says.

Laughton says that even though the potential employee is being interviewed it is imperative that they ask questions like the possibilities and criteria for becoming shareholder/partner.

“Whether the physician is expected to go out and market themselves or will be coming in to replace another physicians.  Information about the local market (e.g. what are the major hospitals? Payment mix? Competitors?)  What happened to the last 5-6 physicians that were hired by the practice/provider?  Participation in ACOs or other alternative payment systems.  Are the other physicians or the group itself invested in any facilities or side businesses, and if so, will the new physician be allowed or expected to invest as well?” Laughton says.

As far as understanding the contract structure for a new hire, Laughton says this may change based on whether the recruit is experienced or is fresh out of residency.  Two issues to think about are (1) term– long/short, renewable or evergreen and (2) compensation– mix of guaranteed comp (salary) versus bonus or productivity-based compensation.  New or established physicians may be looking for different things.  Another questions is whether there is an established path for the physician to work themselves into partnership or shares and how that decision pans out.