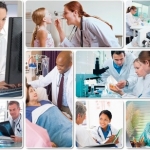 At first glance, accountable care organizations (ACOs) are a result of the Affordable Care Act (ACA).  The Medicare Shared Savings Program (MSSP) includes hundreds of governmental payor ACOs that were created to ensure high quality, coordinated care for Medicare patients. But within the last few years, more commercial payor ACOs and physician-led ACOs that are not a part of the MSSP have entered the playing field. These newer models of ACOs come with different benefits and goals than the MSSP, and more than just primary care physicians and hospital health systems are looking to align with them. Urgent care centers, ambulatory surgery centers, radiation/oncology centers, outpatient diagnostic centers and other ambulatory care centers are looking to reap the benefits of alignment with ACOs.

Michael Schaff, healthcare transaction attorney at Wilentz, Goldman & Spitzer, P.A. and an executive editor of The ACO Handbook, says there are lots of benefits to non-MSSP physician-led and commercial payor ACO alignment.

“For a physician-led ACO, benefits include: reduced paperwork, greater ease of scheduling, information is received in a more-timely manner and a lot of clinical practice guidelines are established,” Schaff says. “Some surgery centers and urgent care centers can save significant dollars if they keep patients out of the ER as well.”

For commercial payor ACOs, Schaff says that they will look at the benefits as if they’re part of a network of providers.

Similar to insurance companies, ACOs create, and function as, networks. Once an outpatient care center has aligned with an ACO, they become part of the network. In-network ambulatory care centers are often less expensive for the patient than out-of-network ones.

Cindy Reisz, healthcare attorney at Bass, Berry & Sims PLC, says that inclusion in the network of providers treating ACO patients is a big advantage of alignment with a physician-led ACO.

“If you’re an out-of-network provider, you’re going to struggle with getting the same patient draw that you had before,” Reisz says. “Patients are likely to choose an outpatient care center that is part of the ACO’s network because it will be less expensive for them, and they also are encouraged to remain within that coordinated care effort.”

In addition, Peter Pavarini, President of the American Health Lawyers Association, co-leader of the Squire Patton Boggs Healthcare Practice Group and an executive editor of The ACO Handbook, says that non-MSSP commercial payor and physician-led ACOs will often have a shared savings plan, just like the MSSP.

“It’s more consumer-driven than Medicare,” Pavarini says. “Performance metrics are going to be rewarded. If you achieve your goals, and the payor spends less money caring for those patients, it’s shared with the providers that generated those savings.”

Performance metrics include things like increasing the quality of care that a patient receives in order to decrease the frequency of visits. Alignment with outpatient care centers comes into play because it can affect these performance metrics. Reisz talks about clinical wellness programs as an example.

“If someone comes into an urgent care center and they’re obese, they’re clearly at risk for cardiac disease, diabetes, etc., so the physician or nurse practitioner can help direct them towards better eating habits and exercise programs,” Reisz says. “Urgent care centers can serve in a lot of ways to deflect individuals from the ER, and help direct them to specialists that can help them improve the way they take care of themselves.”

“The continuum of care is what’s important,” Pavarini says. “Many ACOs will have surgery centers, imaging centers and oncology centers as members because they are more cost-effective alternatives to hospital care.”

If an outpatient care center aligns with an ACO that also has a hospital health system as a member, competition can be reduced and the entities can work together for a common goal: shared savings.

“Most hospitals have outpatient surgery departments and they may feel threatened by a surgery center that provides the same service, but at a lower cost,” Pavarini says. “However, in some communities, I’ve seen them work together extremely well.”

While there are many benefits of outpatient care centers aligning with commercial ACOs, there are also some drawbacks.

“If ACOs start picking who they want to deal with, and who they don’t want to deal with, you could get into a situation where you’re the odd man out,” Pavarini says. “Many of the disgruntled providers, like a surgery center that no one wants to contract with, would argue that they’ve been excluded in violation of federal and state anti-trust laws. If an ACO is excluding providers that are otherwise qualified, but they don’t have any justification for that exclusion, there could be consequences.”

In addition, Pavarini says that since ACOs are changing how the delivery system of care works, there will be unintended consequences that may have legal aspects.

“ACOs will also have a set of protocols that they expect the participating providers to comply with, so compliance with those protocols can cause behavior changes in the providers,” Reisz says. “Providers may also have to agree to a fee structure that they’re not accustomed to.”

Reisz says that since the healthcare world has been in a fee-for-service model for so long, this new pay-for-performance model is something that providers aren’t familiar with yet.

“This shift can create a fear of the unknown in the providers,” Reisz says. “They don’t know what they will be compensated with.”

The shared savings aspect of an ACO can help quell these feelings of uncertainty.

“Money incentivizes a lot of behavior,” Reisz says. “If providers think that they’ll be able to participate in a pool of funds, it may drive behavior changes that will improve the quality of care and overall health of the patients.”

While Reisz and Pavarini say that ACOs are working towards a goal of shared savings, Schaff says that some non-MSSP commercial ACOs and physician-led ACOs have a different objective.

“If you’re part of the MSSP, and your patients saved money because you managed care properly, a portion of that will be paid over to the ACO’s participants,” Schaff says. “When you’re dealing with private payors, the goal is not to get shared savings, but to hopefully provide better care and show the payors that you deserve to be paid more for the services you provide.”

Because of this, Schaff prefers to refer to the physician-led and commercial payor organizations as clinically integrated networks (CINs), rather than ACOs.

CINs will have a slightly different triple aim objective, according to Schaff.

“The triple aim refers to the framework of healthcare providers trying to increase the health of the population, improve the experience of the care provided to the patients, and lower the per capita healthcare cost per patient,” Schaff says. “As part of providing better care and saving money, physicians hope to increase their compensation for the care that they give.”

Instead of participating in a shared savings pool at the end of a year, providers in a CIN will work towards earning a higher compensation rate throughout the year by raising the quality of care for their patients.

“If a provider is able to save costs for the payor, reduce errors and provide better care, then they should be able to receive a higher payment for their services, compared to someone down the block who is not doing that,” Schaff says. “If they coordinate care, they’re able to catch diseases earlier.”

In order to coordinate care, Schaff says that providers can set up specific protocols, monitor procedures and have wellness care, rather than episode care.

“You’re trying to make the population healthier so that less money is spent on care, and there’s more money that’s part of the premium to reward that,” Schaff says.

Even though non-MSSP ACOs and CINs are a relatively new occurrence, Pavarini says they’re here to stay.

“They’re still somewhat experimental, but they’re a reality,” Pavarini says. “Even if there was a repeal of ObamaCare and the ACO program, there would still be commercial payor and physician-led ACOs out there. They want to do this because it’s the right thing to do.”

Since they’re not going away anytime soon, both Pavarini and Reisz say that alignment with commercial ACOs is a good idea.

“I don’t think you can just close the door to this,” Pavarini says. “You’re going to have to open up the possibility that some portion of your business is going to come from ACOs.”

“I think there’s definitely a future for the alignment to be instrumental in bending the cost curve and increasing the quality of care,” Reisz says.

It is not quite easy to receive funds through other external resources, generally to deal with health care needs. Very pop penicillin antibiotics that fights bacteria. These drugs does not treat a viral contagion like a common cold. Kamagra is a cost effective remedy for helping men to sustain an erection. What about online cialis and cialis online? When you order medications like Kamagra you have to know about how to buy cialis safely. Other question we are going to is undefined. Like many other medicines, Kamagra is also secret ergo of it’s active element. Keep reading for a list of medicines that may cause health problems and what you can do to prevent probable side effects. The most common perhaps serious side effects of such medications like Kamagra is back pain. This is not a complete list of feasible side effects and others may occur. Internet is a perfect way to find a physician in your area who treats this kind of disfunction.