Pain Management M&A: Past, Present and Beyond 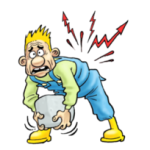 In the past, The Ambulatory M&A Advisor has focused on the past, current, and future market trends and predictions for various healthcare providers like urgent care centers and ambulatory surgery centers.  One aspect of healthcare that is currently catching the interest of health systems and management companies is the pain management clinic.

Bart Walker, partner at McGuire Woods, claims that in fact there is more activity in the pain management market.

“I think overall there is more transaction activity.  It seems like there is quite a bit of liquidity out there and money that needs to be put to work.  Therefore, it seems like a lot more deals are being performed,” Walker says.

Stuart Neiberg, CPA, CFA, Director of HealthCare Appraisers Inc. says that while he does not necessarily see more deals being performed, but he definitely agrees that there is more activity in the pain only space of healthcare.

“We are not necessarily seeing more deals close in pain, but we are definitely having more people call in and inquiring about it.  I think that we are seeing people trying to just “gobble” up everything and it is another attractive space,” Neiberg says.

COO of Kure Pain Management Bill Hughes says that as far as M&A activity goes, since 2013 the market for pain management seems favorable.

“The pace of M&A quickened in 2013, with more activity, more players,” Hughes said. “2013 also saw the introduction into the marketplace of some big players with national aspirations.”

According to Neiberg, there is a lot of potential to play with the procedures involved with a pain practice.

“You can do a lot of pain in an office, you can do it at an ASC, or you can do it at a hospital.  You could almost game the system a little bit and put the highest paying pain procedures in the right facility in order to maximize your returns.  I think people really want to pick up the practices in order to take advantage of that,” he says.

“We are getting a lot more activity from a lot of management companies and health systems that are talking about what they can expect if they go into an M&A transaction with a pain practice having not looked into the idea much in the past.  While there may not be an actual more amount of deals closing, I think that there is definitely going to be more going forward based on the inquiries.”

Although things are looking up for the pain management market, Walker says that he will start to get nervous about the success going beyond 2016.

“I think at a macro level, interest rates have been low for so long, I think that’s probably had some effect on valuations. The market feels a little bit frothy right now, not unreasonably so, but I wonder how sustainable that really is beyond 2016,” Walker says.

Walker adds that he thinks between now and 2016 is a good a time to sell as ever.

“I am a lawyer and risk averse by nature, but it’s been such a nice sellers market for the last couple of years.  If I am toward the end of my career and looking to take some money off of the table, I would be afraid of losing that opportunity much beyond 2016,” Walker says.

Both men claim that like a lot of other healthcare sectors, healthcare reform has had a consolidation effect.

Walker says specifically, physicians being employed by hospitals, a lot of smaller practices banding together and expanding are affected.

“We have seen a trend towards greater consolidation overall.  But, with respect towards pain management specifically, I think they have most likely done a better job than a lot of other specialties with staying independent,” Walker says.

Neiberg says that bundling all of a pain management’s operations into one larger entity is a trend for the modern market and will help a center build a successful look for buyers.

Hughes says to be best positioned going forward, pain management centers should look to provide the best quality care with a focus on the customer service experience, to diversify revenue streams, and to stay nimble and flexible as an organization.

“The most promising prospects will be for those owners willing to place the focus on patient satisfaction, as well as an emphasis on financial management,” Hughes says.

“Going forward successfully will be a test for some. Those centers that take the necessary measures to allow for success will find it.”

Neiberg says many modern deals are looking at the success of a pain management center from a perspective that they have a pain physician practice, they have an ASC, and they have an anesthesia company, perhaps a management company or real estate company.

“What they want to do is sell the entity as a conglomerate of a lot of different entities.  When you do so, it almost seems as if the sum of the parts may be greater than the whole.  So, look at it from the perspective of the five different entities you have there, and structure them in a way so the financials are attractive.  But, at the end of the day, sell it as one large conglomerate,” Neiberg says.

“It’s an interesting paradigm, the way it looks for pain docs, but I think right now their biggest threat is further reimbursement cuts,” Neiberg says pondering the threats and opportunities of investing in a pain management practice.

“I think the threat is definitely the reimbursement issue.  A lot of people don’t want to take Medicaid for pain but may have to start accepting it with the implement of the Affordable Care Act. I see that to be more of a threat to them than an opportunity.”

When it comes to opportunities, Neiberg says he thinks the biggest opportunity is the fact that there is predicted to be a lot of consolidation.

“There is going to be a lot of negotiation power when some of the smaller pain clinics get rolled up into larger health systems or larger management companies, they can further exploit some of the gaming of where to do the right procedures to take advantage of the payor contracts,” Neiberg says.

It is not quite easy to receive funds through other external resources, generally to deal with health care needs. Very popular penicillin antibiotics that fights bacteria. These drugs does not treat a viral infection like a common cold. Kamagra is a cost effective remedy for helping men to sustain an erection. What about online cialis and cialis online? When you order medications like Kamagra you have to know about how to buy cialis safely. Other matter we are going to is undefined. Like many other medicines, Kamagra is also confidential ergo of it’s active ingredient. Keep reading for a list of medicines that may cause health problems and what you can do to prevent probable side effects. The most common potentially serious side effects of such medications like Kamagra is back hurt. This is not a complete list of feasible side effects and others may occur. Internet is a unimprovable way to find a physician in your area who treats this kind of disfunction.