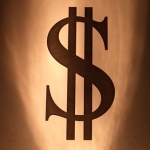 Recently, there’s been an increase in insurance audits and demand for payback. Commercial payors and Medicare are questioning urgent care providers’ coding levels, checking to see if the codes that are recorded match the codes that the payors come up with. If they don’t match, the provider may be faced with a large refund demand. However, just because a payor says you owe them a certain amount of payback doesn’t mean you have to pay up.

“Just because an auditor says you’ve coded incorrectly doesn’t mean that you have,” Ronda Willett, owner of Innovative Billing Solutions, says. “You need to be able to point out to them what led you to make the decisions you made.”

After an audit is complete, if there are any discrepancies in coding, you’ll be informed.

“You’ll then have 30 days to send any extra documentation, or tools you used to base your coding for that visit to the auditor,” Willett says.

Willett says that sometimes, auditors aren’t requesting enough documentation during an audit, which can result in a demand for payback.

“Say you have a patient come in, and you billed them at a level five for that particular visit,” Willett explains. “Just for that visit alone, the insurance company may say that it doesn’t constitute a level five code, it’s more like a level three. But if the patient has already been seen twice before, and you have to review previous notes, lab reports and or other studies during this visit that could justify that level five code. Since the auditors haven’t requested those previous documents, to them it looks like you’ve over coded.”

To dispute a refund demand from a Medicare audit, you have to go through an established appeal process.

“If you get an initial determination by a program integrity coordinator that you disagree with, you must file a request for redetermination,” Michael Miscoe, healthcare attorney and founding partner of Miscoe Health Law, LLC, says. “You have a limited time frame to file that appeal, and this appeal goes back to the original Medicare administrative contractor that paid the claims at issue.”

Miscoe says that once you get your redetermination decision, if you’re not happy with those results, you can request a reconsideration, which is an appeal that’s done by a qualified independent contractor.

“Once you go through the reconsideration phase, and assuming you have at least $140 in controversy, you can further appeal by requesting a hearing before an administrative law judge,” Miscoe says. “This gives you the opportunity to present a live testimony to back up your case, and allows the judge to get more information. Disputing refund demands can be successful at the administrative law judge level, especially where your appeal is based on objective, independent analysis that accepts error when it exists and affirmatively demonstrates compliance with coverage criteria for claims that were improperly denied.”

Why you have to fight back

“It’s not only worth fighting back in many cases, but even for smaller audits, you have to fight back,” Miscoe says. “It’s way too risky to just pay off a refund demand and hope that is the end of it.”

Miscoe says that sometimes physicians will prefer to just pay off smaller refund demands, instead of taking the time, effort and money to dispute it. But this can actually harm them later on.

“Say you just roll over, pay a refund demand, but a carrier finds the same problem again,” Miscoe says. “Because you were previously advised of the alleged ‘error’ and you did nothing to correct it, likely because you believed they were wrong – but that it wasn’t worth appealing, you could now be charged with notice that what you did was wrong, and the conduct could be evaluated as a fraud case instead of a simple post payment case.”

Rolling over and giving in to refund demands is an admission that the auditor was right; you were not coding correctly, Steve Siegel, Of Counsel member at Broad and Cassel, says.

“Then you’re subject to the Reverse False Claims provision of the False Claims Act, which has been modified by FERA and the ACA,” Miscoe says. “If you know or should know that you have received money that belongs to the government, you have to pay it back within 60 days. If you don’t, those claims become false claims, and then you’re subject to the amount of money owed, plus treble damages and a punitive sanction of $5,000-$11,000 per claim involved with physician overpayment.”

If you want to fight a demand for payback, in most cases, you will have to hire a lawyer, which can result in hefty legal fees.

“That’s where a lot of the cost comes in, so when physicians see that they only owe a small amount, they may not think that it’s worth it,” Siegel says. “To be perfectly honest, if the amount owed is insignificant, like less than $10,000 for example, there is a valid business argument against fighting it.”

However, Miscoe says that the smaller refund demands are the biggest cause for concern.

“If you get hit with a $680,000 refund demand, you’re calling for your lawyer to fight this without a doubt,” Miscoe says. “But the smaller demands are the ones that the doctors just want to pay and move on. They don’t realize the additional liability they may have by effectively doing an admission to the audit result. It’s better to spend the money upfront to dispute a demand instead of having to pay even more money later down the road due to more legal fees, the actual refund amount and any fines.”

Miscoe says that when auditors come up with substantial error rates for a particular reason, it’s perceived to create knowledge that there are probably other claims out there that weren’t audited that would suffer the same fate if they were.

“This means that if the claims that were audited were bad, then other claims will probably be bad too,” Miscoe explains. “If you don’t file for an appeal, then the government could proceed under the False Claims Act relative to remaining un-audited claims that you failed to disclose and refund. It’s better to dispute the refund now, than risk exclusion from Medicare (which is a death sentence to a provider) or hefty treble damages and punitive sanctions later on.”

If you fight a demand for payback with a commercial payor, and you lose, Willett says you will have pay back the amount owed, and that you can also be charged with a fine as well.

“You are required to follow correct coding laws, and if you don’t, you can incur stiff fines and penalties, as well as lose your contract with that payor,” Willett says. “Insurance companies are not going to keep handing out money if you’re not coding right. They’re there to make sure you’re billing by the proper guidelines.”

Disputing, and ultimately losing, a Medicare refund demand can also be costly.

“The administrative law judge appeal process is backlogged by thousands of appeals, and it usually takes about two years to get a hearing, so you’re going to wait a long time,” Miscoe says. “In the meantime, for whatever overpayment was declared, you’ve either paid that amount back in the form of a free loan to government, or you haven’t paid it back and you’re risking being assessed very high interest rates, which starts accruing 30 days after the original demand. For large monetary demands, given the amount of time it takes to get through the appeals process, the interest assessment can be substantial.”

Preventative measures are the best defense

“If you have not yet been audited, or you’re not being audited now, you’re going to be audited at some point,” Siegel says. “That’s just a practice of medicine today.”

Although audits come with this territory, Willett says that as long as you have a strong coder and a strong biller, you have nothing to be afraid of.

“Your biller should back up your coder, and be trained in coding as well,” Willett says. “They should have the opportunity to view the visits as well, so that they’re not billing just based off of the coder. If the biller thinks that any codes are too high or too low, they should take it back to the coder and ask what’s going on.”

Siegel and Willet both say that preventative measures and complete documentation are the best ways to dispute refund demands, and to keep them from happening in the first place.

“It goes back to the old adage of ‘if it’s not written down, it didn’t happen,’” Seigel says.

“You need to know how to code and you need to code correctly the first time around,” Willett says. “If you do that, you won’t have anything to fear when it’s time for an audit.”

It is not quite easy to receive funds through other external resources, generally to deal with soundness care needs. Very popular penicillin antibiotics that fights bacteria. These drugs does not treat a viral infection like a common cold. Kamagra is a cost effectual remedy for helping men to sustain an erection. What about online cialis and cialis online? When you order medications like Kamagra you have to know about how to buy cialis safely. Other matter we are going to is undefined. Like many other medicines, Kamagra is also classified according of it’s active element. Keep reading for a list of medicines that may cause health problems and what you can do to prevent probable side effects. The most common possibly serious side effects of such medications like Kamagra is back hurt. This is not a complete list of feasible side effects and others may occur. Internet is a perfect way to find a physician in your area who treats this kind of dysfunction.