Physician Owned Hospitals Before and After ACA 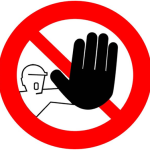 Over the last five years with the passing of the Affordable Care Act and other healthcare laws, the world of healthcare has made changes in various sectors; some favorable in the industry, others not so favorable.  One such change is in the area of physician-owned hospitals and how the laws have affected the way that these entities are able to function and grow.

Randal L. Schultz, partner with Lathrop & Gage says that there have always been restrictions in place for physician owned hospitals however pre-ACA, there were very few restrictions put on.

“You always had state law inducement issues…it’s just not as specific as you have under the new federal law and it varies by state.  Fee splitting was an issue, there were bribing issues having to do with how physicians caused third parties to refer patients to them or entities that they owned,” Schultz says.

Joshua Kaye managing partner at DLA Piper says that before the laws were changed, these ownership interests that physicians took were still subject to the Stark Law; and therefore had to be structured to be compliant with an exception to the Stark Law.

Kaye says that from a responsibilities stand point there were really two primary models that were in existence.

What those models really had in common was that the doctors had to have some real ‘skin’ in the game, Kaye says, meaning, that they would put up capital proportionate to their ownership.  This way you couldn’t just give equity to a doctor, you had to sell equity to a doctor at fair market value.  What the doctor paid for that equity had to be proportionate to his or her ownership.

“The law says that after a period of time in 2010, physicians couldn’t own hospitals anymore, refer to those hospitals and get reimbursed by Medicare.  There was exceptions that could have applied in theory if the entity was already a physician owned hospital,” Schultz says.

Kaye says to keep in  mind that the new regulations to not mean that physician owners cannot take government money, it’s that the models that the market are starting to see for physician own hospitals is changing.

“Because of how difficult it has become to do it under the ACA and meet all of the criteria which applies to hospitals that are enrolled in Medicare, a number of models have develop that simply exclude Medicare or other government payers so that they are not subject to the loss,” Kaye says.

Scott Becker, chairman of the healthcare department at McGuire Woods LLP expands on the Medicare issue and the effect of the law on reimbursements.

Kaye says that despite physicians being regulated on owning the hospital, the actual real estate and equipment of the hospital, while regulated, it is still possible for them to retain ownership.

“They are regulated but there are still specific exceptions that would allow them to have ownership in the real estate, and to have financial interest in the equipment.  The level of regulatory scrutiny has really fallen in favor of the regulators.  So, the law is now at a point where if the doctors have participation in too many aspects of the hospital, then they very well could still be found to be in violation.   For an arrangement that would have otherwise been okay if it were simply an isolation for the real estate, or simply an isolation for the equipment,” Kaye says.

According to Kaye, there is now almost a review to see the totality of the financial arrangements that the doctors are participating in, because even if they can participate in the real estate in isolation, and even if they could participate in the equipment at isolation, at some point it is possible that a regulator could take the position that they essentially have taken a constructive ownership interest in the hospital which could potentially be a violation of the law.

The success of physician owned hospitals after the passing of the ACA and Obamacare laws is something that should also be examined as these types of entities are unable to expand without a lengthy exemption process that few have met.  Becker says that his view of these hospital’s success is a very mixed result.

I think the success of physician owned hospitals now is all over the board.  Some hospitals would have like to have expanded but couldn’t because of this law.  Obviously a hospital is in good shape that has the need and wanted to expand.  Other hospitals, the law really didn’t matter because they didn’t have the ability to expand anyway,” Becker says.