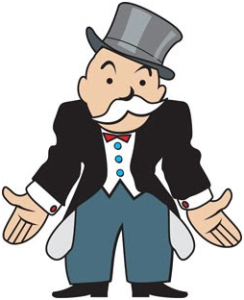 Over the last eight years, with the implementation of health insurance plans through Obamacare and the Affordable Care Act, monthly premiums have gone down for patient plans.  However, with lower monthly payments come the high-deductibles that ultimately place the patient in a more responsible position when it comes to paying for bills accumulated through health care visits. Professionals in the field explain that knowledge of a patient’s benefits is crucial to the survival of a center when it becomes the responsibility of the patient to pay out of pocket for routine services.  The experts explain the reasons behind the high-deductible trend, communication of insurance plans among patients and the need to adjust billing practices as the deduction tides grow higher.

Scott Becker, chairman of the healthcare department at McGuire Woods LLP says that the main reason for the prominent movement towards high-deductible health plans is that employers are trying to keep their own costs relatively stable from year to year.

“What’s happened is, for  a family of four or so, your insurance cost through your company might be around $1,000 a month,” Becker explains.  “The way to keep it at $1,000 a month, was to change the deductibles.”

Becker says that over the last few years many employers had to assess their provided health plans and decide on whether to increase their own costs, or shift some of the healthcare costs to their employees.

“What people don’t see is that actual costs per family have gone up from about $1,000 a month, to about $1,200-$1,300 a month. What’s really happened is, the total cost of care for an employee has gone up significantly, but employers have been able to maintain their health cost exposure by raising deductibles,” Becker says.

“By a patient being more responsible of their bill, they will more likely be careful about what they spend,” Becker says.

Based on the higher responsibilities involved with high-deductible plans, Becker says patients end up delaying care a little bit and have become more conscious of how their money is spent on healthcare.

“I don’t think you yet see people really price shopping, but people are much more attuned to feeling like whether they are getting ripped off or not. When they didn’t have much responsibility at all, I don’t think they worried very much about what their bill looked like,” he says.

With patients now being liable for health care costs based on unmet deductibles, urgent care centers and ambulatory surgery centers are now having to evolve their billing practices in order to ensure that patients come through with their monetary obligations.

“If patients aren’t willing to commit to paying their small balances by leaving a debit or credit card it’s probably best not to see them,” Goldberg says.

Goldberg explains the straight-forward process involves receiving credit card information from the patient and explaining to them the outlines of the plan.

She says that if there is a small balance due, to co-insurance, something not being covered, or an unmet deductible, the billing company Access Medical Associates works with will send the patient an email informing the amount the patient’s credit card will be charged.  Goldberg says this method is less of a stressor because there is no reason for the process of having to send bills and chase patients down for small balances; especially in an urgent care setting, where a physician may only see a patient once.

“I would say we are collecting a good amount of money on things that we would not have collected, because people, they are not interested in paying a $20 balance. You add enough of them and it becomes something,” Goldberg says.  “This helps to protect us, because if they know they’ve got that kind of plan, they shouldn’t object to the credit card process.”

Goldberg says the credit card reserve method is probably the best process for the claiming of small balances, including high-deductible plans.

“It’s really the only way to protect yourself,” she says.

Dr. Maurice Reid, MD, CEO of ExpressCare Urgent Care Centers says in his business, the hardest part of billing is the self-pay component of the claim.

“Typically, when the insurance company pays their portion of it, it’s very hard to collect what the patient owes us.  With the high-deductible plans we’ve had a bigger issue with our AR building up in that aspect of billing,” Reid says.

Reid says to remedy these issues; his 20 centers have become proactive in trying to get claims out faster, get bill statements out to patients faster and trying to increase the communication with the patient to let them know they have a balance.

“When we initially opened, we would let patients be seen if they had a balance. Over the years, if they have a balance, they have to pay us before we can see them because our AR and the patient pay aspect of our billing is very large,” Reid says.

“We’ve had some success with that,” Reid says, adding that he hopes for further success as the plan continues to be implemented in his centers.

Becker adds that over the years, physicians and providers have been forced to get a lot better at point of care collections.

“In the old days, patient portion of total payment was relatively small, so providers didn’t worry about it so much. They did fine within reason, whether or not they were doing a great job at collecting deductibles, co-payments and co-insurance.  Now, the total amount of the dollar that is reflected in patient responsibility, instead of being 5 percent, it might be 20 or 30 percent,” Becker says.

Becker says with high-deductible plans, a provider can no longer survive without collecting patient amounts, and in order to succeed it requires more up front communication with the patients and helping them to understand the benefits and limitations of their plans.

“I think patients are asking a lot more questions about it, now that obviously they are paying for it and getting tagged with it,” Becker says.

Becker explains that some medical centers are utilizing sophisticated software that is intended to explain benefits up front.  He says this method of transparency is important because going forward, Becker predicts that patients will begin to demand explanations of their plans even more as out of pocket payments become even more prevalent.

Goldberg says that it is up to your center’s front desk to educate a patient on their plan before they see the physician.

“Sometimes patients will come  in and say, ‘I have an Obamacare plan, I don’t know what it does’…they don’t know anything about it, really, they just let us know,” Goldberg says.  “If they have a really high deductible, then the front desk should say that. You’ll see what the individual deductible is, and you’re going to see it’s not met.”

Reid predicts that with the ACA, the trend will continue to move in the direction towards high-deductible plans. He says it will be the future of the medical industry and that modern physicians will have to adapt to it and become more sophisticated in their billing processes in order to keep their cash-flow going.

Reid predicts the further trend is really going to affect a lot of companies. He says the small start-ups are going to have a hard time at paying their bills and larger companies will also have to make cuts to become more efficient.

“We need cash flow. When patients are not paying their bill because they have a high-deductible and they just sit on the bills, it’s going to affect everybody.  Patients don’t have the same urgency to pay a bill as they do with other industries,” Reid says. “Take a mechanic, for that matter. You get a car fixed, and he tells you that you need brakes; you’re going to pay that brake bill then and there.  Where for medical offices, they tend to hold on to their bills for longer periods of time.”

It is not quite easy to receive funds through other external resources, generally to deal with soundness care needs. Very pops penicillin antibiotics that fights bacteria. These drugs does not treat a viral infection like a common cold. Kamagra is a cost efficient remedy for helping men to sustain an erection. What about online cialis and cialis online? When you order medications like Kamagra you have to know about how to buy cialis safely. Other question we are going to is undefined. Like many other medicines, Kamagra is also classified ergo of it’s active ingredient. Keep reading for a list of medicines that may cause soundness problems and what you can do to prevent probable side effects. The most common possibly serious side effects of such medications like Kamagra is back pain. This is not a complete list of feasible side effects and others may occur. Internet is a ideal way to find a physician in your area who treats this kind of disfunction.