Risks Involved with Poor Timing of a Sale 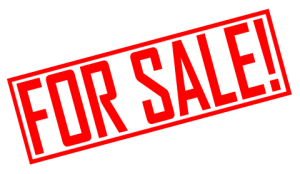 The timing of the sale in a healthcare business transaction is crucial to the amount of money that a seller will receive at the end of the day when the ink on the deal has dried.  The Ambulatory M&A Advisor discusses some of the major risks that come with the issue of waiting too long before selling one’s business.

Tracy Powell, partner with the law firm Sherrard, Roe, Voight & Harbison says that when examining the market and timing a sale or expansion, he thinks  there are handful of things that would drive him to tell a client that it may be a good time to sell, and one of the obvious things to look out for are market conditions.

Rush says these phases are essentially the same with pre-start up, start up, fast growth phase, slowing growth phase, plateau and decline.  Not every business hits all of those phases, and some stay in each phase differently from other businesses even in the same industry.  The same reasoning goes for the market, he says.

“If you think about the best time to sell your business, everything being equal and as scientific as can be…which never happens, you want to be around the 70 percent area of the rapid growth phase.  Your business still has growth phase and a buyer wants to buy a growing business because they are looking to make money in the future.  This type of approach is also similar to the market and therefore is why the market lifecycle is something you have to look at,” Rush says.

“Whenever you want to sell you look at what is going on with you and your business, what is going on with the financial markets, and then what is going on with the markets as a whole.  Let’s say that in a certain situation debt is harder to get.  Debt is the same way in a mortgage, meaning the cheaper loans are to get, the more they are able to pay for a business because the cost of capital is significantly cheaper.  If those markets change, your staff changes, somebody passes away….all of those things have devastating effects on your business.  There are a lot of things that could go wrong one could never think about.  Some people think it is best to sell a business when it is going wrong and that is incorrect.  The best time is when everything is “A Plus, Prime Time.”  That is when you are making the most money, other people will see it and see that you have growth potential.”

Powell adds that even negative changes sometimes create opportunities for a participant that is not impacted by those.  An example would be when the original Stark Law was passed; the law prevented physicians from owning clinical laboratories.  That was an opportunity for non-physicians to perhaps buy up clinical labs.

“In general, I think you have got to look at the market conditions including the regulatory and payor conditions.  I think you are also going to look for markets that need expertise or capital in which there is a demonstrated lack of a leader that has those items,” he says.

Bradford Adatto, founder of ByrdAdatto says that while selling too early before the company has had the chance to flourish is an obvious mistake,  there can also be poor timing where the owner sells too late in the game.

He says in the cases where the physician says they will worry about the buyout later, and are focusing on the flourishing company at the present are cases where some of the most dangerous things can happen to a business.

“These are cases when an event like a death, disability, or divorce occurs and causes the trigger, and suddenly a successful company could be pulled under,” Adatto says.

Rush agrees that these types of situations can be deal killers and says that these reasons are reasons to examine improper timing and being unable to attain the correct multiples because of it.

Rush explains that a  lot of people think that a business is sold on a multiple of EBITDA.  He says that some buyers do buy on a multiple of EBITDA, but the more complex buyers create some formula which is a cap rate or  a Discounted Cash Flow (DCF) method and project out over the next five years what your business is going to do and what the profitability is going to be.

“A lot of that is based on some history, market, cost of capital etc.  If you wait too long and are in the slowing growth, then that, obviously impacts that formula.  Another example is that reimbursements change.  This just happened; we had a business that was selling, that was driven by mid-level providers with physician assistants, but the providers were the owners.  The insurance companies cut the provider’s reimbursements by 15 percent.  They just took 15 percent of their overall revenue and that hurts the bottom line.  Now the business was not worth anywhere near what it was before the cut.  This type of issue can cause a lot of problems and could easily kill a deal,” Rush says.

Powell adds that inside the business, financially, owners need to make sure that they have adequate capital or access to capital in order to fund what may be a long time frame before collections match expenditures in the healthcare space, because inadequate working capital can also have an impact on the deal.

“Oftentimes services are provided and payments aren’t received for a substantially long period of time.  A sale of an existing business comes with cost of personnel, insurance, additional space, and additional locations.  All of the cost of delivering that service are paid promptly, and if you have a long time frame of which you are going to get paid, you want to make sure that you have access to adequate capital to survive through this period,” Powell says.

The timing helps with your capital budgeting and your planning.  Powell says that sellers should remember that this is not a short process in the modern market.

“Let’s talk about your own local market.  Say you have a three clinic UCB in a market, then you have a competing group that has a similar size, and some of your clinics are located in the same area.  What happens is that some markets have multiple buyers and some just have one buyer.  Well, let’s say two buyers are negotiating with your competitors.  They have a much better opportunity to get a better price because they have competing buyers.  They turn around and sell to one of them and then there is one buyer left willing to buy your business, but now you don’t have any competition for your business.  Therefore, you have to essentially take what you get if and when you want to sell.  You essentially have opportunity loss,” Rush says.

On creating market competition for a business, Rush says the best way to attract competition to a sale is through a proactive campaign to the buyer market and being prepared.

“You have to do all of this due diligence and preparation before the sale.  Using a real estate analogy, you have to paint the walls, vacuum the floors, look under the foundation to see what all of the issues are or could be.  You have to examine what buyers will look at and either create a story that minimizes that risk or perception of risk, or make some business adjustments,” Rush says.

“Then you go to all of the buyer and buyer types at one point in time after you have cleaned up the business, and market it to the buyers.  If you just wait for someone to knock on your door and say they want to buy your business, you are going to be letting yourself down.  You will never know how much money you have left on the table without the competitive aspect being involved with your sale.  It is just like anything else, think about race horses.  They put the fastest horses closest together because competition drives performance.  The more competition that you have for your business, the better the purchase price and terms are going to be for the sale in general.”