Primary Care and Urgent Care: The Best of Both Worlds 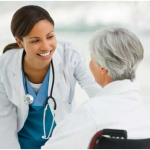 For awhile now, the line has blurred between primary care practices (PCPs) and urgent care centers (UCCs). With these two entities offering many of the same services, most patients can receive the care they need at any time. Alignment between primary care practices and urgent care centers can cut down on the competition between the two, and increase patient flow for both entities.

“With primary care and urgent care services, there’s a certain crossover where they overlap,” Norman Winland, an urgent care consultant with 23 years of work in the industry, says. “Many urgent care centers will treat uncomplicated diabetes and uncomplicated hypertension cases, and perform health risk assessments and physicals, which are normally thought of as primary care.”

Because of this overlap, Winland also says that PCPs are trying to be more competitive with urgent care centers.

“PCPs are realizing that urgent care centers are seeing a lot of patients that they could potentially be treating, so they’re now leaving open spots in their schedules for walk-in patients,” Winland says. “Some primary care providers are also trying to extend their hours, or work through the lunch hour.”

“You get so many patients that need to be seen right away, versus ones that can be scheduled 1-2 weeks out,” Donald Dillahunty, DO, MPH, and former CEO of PrimaCare Medical Centers, says. “So PCPs could offer open scheduling, stay open later or maybe open half a day on Saturday in order to accommodate working people who are busy until 5 p.m. Monday-Friday.”

“PCPs are realizing they have to be more accommodating to their patients; they can’t keep pushing appointment requests several days into the future for a routine illness,” Winland says.

Dillahunty says that the overlap between PCPs and UCCs will depend upon what model each entity follows.

With an overlap of services, both PCPs and UCCs are making changes in order to retain patients. But Dillahunty says it really boils down to patient choice.

“People are choosing where they want to go based on convenience and their pocketbook,” Dillahunty says. “And that’s forcing primary care providers to adapt to what’s important: accessible, affordable and quality medicine.”

Alignment can cut down on some of the competition between PCPs and UCCs. Instead of one center trying to be more like the other in order to retain patients, they can work together and expand both of their patient networks.

“Alignment of UCCs and PCPs through an Accountable Care Organization or hospital organization can work effectively because they have the same goals and objectives,” Dillahunty says. “Some PCPs in these groups will reach out and align themselves with an urgent care center because they’d rather see their patients at a UCC instead of sending them to the ER. ERs are so expensive, so if they can be treated appropriately at the UCC with quality and convenient care, that’s ultimately going to benefit the ACO or hospital system as a whole.”

In addition, if a PCP is incredibly busy or overbooked, Winland says that the primary care providers can then refer their patients to a nearby urgent care center.

Alignment and referrals can also be a good strategy to have in place due to the fact that some insurance companies won’t pay for certain services.

“Sometimes, an insurance company will dictate what providers can and cannot see at the urgent care level,” Dillahunty says. “They may say that certain services can only be performed at a PCP.”

If a patient doesn’t already have a primary care provider, or hasn’t been back to theirs in years, then the UCC can refer them to a particular one.

“In some cases, UCC providers may inform a patient that it’s best to follow up with their PCP, and if they don’t have one, they can hand out some business cards of certain primary care providers that they’re aligned with,” Winland says.

Winland says that alignment is a doctor-to-doctor preference, and that it’s an informal handshake relationship; there’s no contractual obligations for referrals.

“PCPs tend to see more chronic and complicated conditions, as well as routine health problems, while UCCs tend to care for the immediate injury or illness at hand,” Winland says.

Alignment between PCPs and UCCs can be a smart move, because one entity can cover the scope of treatment that the other one can’t, while still ensuring quality care for a patient.

Instead of aligning with a separately owned and operated urgent care center, there is another option for primary care providers. Michael Carnahan, MD and family physician at Family Health Center of Ardmore, owns both a PCP and a UCC.

“We had a busy PCP, but we recognized that we couldn’t accommodate everyone with our schedule,” Carnahan says. “We got so busy dealing with chronic illnesses that no one else could be seen.”

In order to combat that problem, Carnahan looked into setting up an urgent care center.

“At first we looked into adding on to the building my PCP was in, but we decided that an offsite location would give us a better marketing strategy so that people would understand that it was strictly a walk-in clinic,” Carnahan says.

The UCC, Family Health Convenient Care, ended up in a prime location.

“It was located on a main road, next door to a pharmacy, with lots of exposure for a low price,” Carnahan says. “It was also located nearby the PCP, so if there were any problems we could get to either location quickly.”

Since Carnahan owned and operated both entities, the PCP and UCC are linked together.

“Some of the value in linking the urgent care center to the PCP is that the computer systems are linked, so if there are complications, concerns or issues, we can address those in the medical records in both places,” Carnahan says. “This adds a different level of continuity care, instead of a freestanding urgent care center that has no follow up with a regular physician.”

With this linkage, Carnahan is able to grow both of the businesses simultaneously.

“The goal is to be able to see patients at the urgent care center, and then refer them back to the PCP for a follow up visit,” Carnahan says. “We actually ran into a problem for awhile because the PCP couldn’t absorb all of the patients that needed to be seen.”

In addition, neither entity has to worry about potentially losing revenue by turning patients away.

“If a PCP and UCC are owned by separate providers, who’s really benefitting? If one center is sending referrals to another, and vice versa, is that not considered lost revenue?” Carnahan asks. “Since we own both, no matter which direction a patient goes, we get to capture that revenue.”

While opening up an urgent care center that’s linked to a PCP may seem like a great way to increase revenue, Carnahan warns that it’s not as easy as it looks, and advises providers to remember their patients.

“I think sometimes, people go in with the idea that they’re going to just set something up, walk away and make a lot of money, but you have to be engaged and invested in this,” Carnahan says. “You can’t just assume that everything will work out on its own. You have to be involved with the patient care in order to do it right.”

Carnahan says that if possible, linking a PCP with a UCC is a better alternative to alignment.

“To me, it just makes logical sense to have a linked urgent care center,” Carnahan says. “You can only see so many patients in a day at a PCP, so if you’re trying to expand your business and make an impact in the community, it makes sense to expand your services by physically being more available than just on a scheduled basis.”

It is not quite easy to receive funds through other external resources, generally to deal with heartiness care needs. Very popular penicillin antibiotics that fights bacteria. These drugs does not treat a viral contagion like a common cold. Kamagra is a cost effective remedy for helping men to sustain an hard-on. What about online cialis and cialis online? When you order medications like Kamagra you have to know about how to buy cialis safely. Other question we are going to is undefined. Like many other medicines, Kamagra is also confidential according of it’s active ingredient. Keep reading for a list of medicines that may cause soundness problems and what you can do to prevent probable side effects. The most common possibly serious side effects of such medications like Kamagra is back pain. This is not a complete list of feasible side effects and others may occur. Internet is a perfect way to find a physician in your area who treats this kind of disfunction.