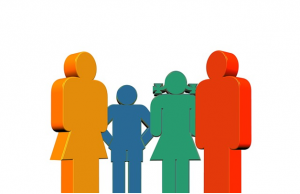 For a full recording of the discussion, please visit the panel discussion recording here.

When the topic of what exactly private equity is, Strode says that from a lawyer’s perspective and when people ask him what private equity is in healthcare, he always start with that it is something more than venture capital investments, and is something less than going to the public markets for your equity.

“When I think of private equity, especially in healthcare, it is oftentimes in situations where you have companies that are in need of capital and they have grown to a certain extent to where they can’t really fund their own operation and they need outside capital.  What they also need oftentimes is management to take them to the next level,” Strode says.

Handler agrees with Strode on these points of private equity’s presence in the current healthcare market and says that one thing to add is that the private equity market is a wide spectrum of investment groups that are interested in all sizes and ranges.

“Elm Creek Partners, for instance, tends to focus on what many would call the lower middle-market companies with 10 to 50 million in revenue and 2 to 8 million of EBITDA.  You can find firms that will focus even smaller than that, and then there are an increasing number of groups, even the majority of them that are near the top end of our range and above.  Like so many things in life, the higher up you go, the more narrow the set of players becomes,” Handler says.

Handler adds that no matter what size, shape, or form of company that an operator has, there is probably an investment group out there that might be interested.

With regards to location and target sizes, Handler explains that many groups tend to segment themselves by region.

“For example, Elm Creek Partners sits in Dallas, TX; we try to keep most of our activities in the Central South West.  However, with healthcare, we will cast a bit of a wider net because more than anything else that we do, healthcare tends to be more thematically driven.  Typically though, the smaller that a company is, there is the assumption that the more hands on you are going to have to be in terms of being available for your management teams.  The ability to access and get there without taking too much time tends to be a priority.

As a rule of thumb, if we can get there and back within a day, we consider it within our reach.  Each group really has their own guidelines on how they determine where they are going to invest and how far out that investment may occur,” he says.

With regards to targets that private equity seeks out, Handler says every group has their flavors.  Over time, investment bankers and others get to know private equity groups and find out what is of interest to them based on what is currently in their portfolio and other things that they see going on in the market.

“Of late, industry has been extremely popular, and urgent care had been extremely popular for a while.  These are all market-driven themes that a lot of private equity groups may rush in to.  To the extent that you are in one of them or an intermediary that you know has relationships with private equity groups, there is a good likelihood that they will be able to match up,” Handler says.

When discussing the various deal terms that private equity works with Kaye says that in terms of just negotiating a transaction, one needs to understand the basic deal terms in order to participate.

Kaye says the first thing necessary to understand is deal price and how a company is going to be valued.  Generally speaking companies are valued based on a multiple of EBITDA, and that type of formula is often used on a variety of healthcare industries.

“Interestingly though, within physician services, we have seen quite a trend of late in terms of acquisitions of a variety of different physician specialties from Anesthesiology, to Radiology, to eye care, and a variety of others.  The more common basis for value is Earnings Before Partner Compensation times the multiple; so, to understand that calculation you are essentially creating quasi-EBITDA in the form of what the earnings are inside that organization prior to paying out the physician owners their full dividends,” Kaye says.

Kaye adds that Iin private equity, it is also important to look at the form of consideration.  In many instances, the deal is not just an all cash deal, particularly for a platform acquisition or an acquisition into a new niche or service line for that fund, or into a new region or state for that fund.

“In those instances, the selling owners will often be asked to roll a portion of their proceeds in the form of equity that would continue in the joint venture between the private equity fund and the owners on a going-forward basis,” he says.

“That rollover equity can actually be worth equal to what cash would have been worth at the time of the closing, and frankly in many instances, it may become worth more.  If you believe as a selling owner in the vision of that PE fund and there is a mutual vision to grow that platform into something much larger, we have seen many instances where the rolled over equity is sold 3-5 years down the road for a significant purchase price in a mutual liquidity event.”

Strode says that one of the things that owners have to think about when engaged in a transaction with a private equity firm, is that in connection with the negotiation in the LOI and the purchase agreement, there are certain assumptions that your equity sponsor is going to make about the condition of the business.

“Often in these transactions, diligence is very important.  In healthcare you will see a very heavy lift on due diligence around regulatory issues and reimbursement issues.  They are going to be very interested in how the company that they are investing in has been reimbursed traditionally,” Strode says.

Strode further explains that private equity wants to make sure that the business is performing its reimbursement processes correctly, especially if there is a Medicare or Medicaid component to the business. They will look at the quality of the earnings, and as part of that will look at the reimbursement; they will also look at Stark Law compliance, Anti-kickback compliance with state laws.

“All of that impacts the amount of money that they are going to pay, as well as the value of the equity on a going-forward basis.  You can expect that there could be adjustments before you get to the signing of the purchase agreement, or there could be adjustments after, and even post-closing though indemnities by looking at the representations and warranties, excluded liabilities etc;” Strode says.

“Oftentimes you will see a chunk of the purchase price held in escrow to cover indemnities, excluded liabilities or things that have arisen.  The thesis with that is being, had we known that there were such problems, then we would have paid less; so, therefore, we have been damaged and we need some money back…I would say that the main importance is the diligence, it is looking at the reimbursement and the regulatory issues, and then the indemnities that go along with them.”

Kaye says other deal terms that are certain in a private equity fueled deal include non-competes and restrictive covenants.  In addition to that, understanding succession planning, particularly in the physician services space is important.

“Even outside of that, with respect to management and leadership; if you are a selling owner that is thinking retirement within a fairly short horizon, then understanding and planning for succession, planning who is going to replace that doctor or manager is an important point to consider,” Kaye says.

In terms of the transaction documents the deals include the purchase agreement, and if rolling equity there is also the operating agreement to consider.  Other terms to be looked at are governance; in many instances where private equity was looking to buy majority ownership, control over the entity is going to be an important factor to be considered as well.

“Frankly, even before you get to the point of a purchase agreement or a negotiated deal, in many instances the fund will look for proposing a letter of intent in a term sheet; in that document is often n exclusivity provision.  This means that for a finite period of time, as short as 30 days and more likely 60-120 days, during that time period, a selling owner or the company would seek to negotiate only with that private equity fund and not solicit other transactions with other potential buyers,” Kaye says.