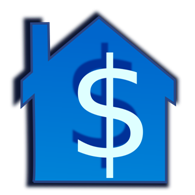 Raising capital is one of the first major steps that will help bring a physician owner’s start up or expansion to fruition.  However, over time, interest rates change, certain ways to raise capital may become easier or harder, or even regulations can unexpectedly arise.  The Ambulatory M&A Advisor provides its readers with a look at the current lending market, tips for the capital raising process and also some legal advice on the issue.

Bill Horton, partner with Jones Walker explains that knowing how much of their own capital a business owner should invest in the business is going to depend a lot on what sort of business they have, how capital intensive it is from the standpoint of what sort of equipment must be purchased, what level of working capital they really need, and what is realistic to raise.

“Typically, these days if you are looking at a start up or an early stage company that is looking to raise money from outside investors, those investors are going to want to see some sort of relatively serious and significant financial commitment from the entrepreneurs and start up management.  This is essentially to ensure that they have got skin in the game and the incentive to build a business that will pay a return on investment for outside investors that put capital into it,” Horton says.

Bringing in outside investors into the capital raising process is also an area that Horton says should be examined; especially when considering how much money an investor should be dropping into a business venture.

“Every situation is really different because you have got different types of outside investors who have different criteria.  You have got angel investors out there who are truly looking at start ups and who are not going to typically be able to put in large amounts of money, but are interested in getting in on the ground floor of an emerging business.  Then you have got your larger venture capital and private equity firms that typically are going to have some sort of minimum investment that they are going to make.  They are not going to want to put relatively small investments into a company, because that is just not how they do business and that is not how they make their returns,” Horton says.

“The biggest challenge I think you have in reconciling what is possible and reasonable in any given situation is that the startup business owners normally want to give up as little of their business as they can, and retain as much control as they can.  Outside investors feel like they are taking significant financial risk on a start up and they want ownership commensurate with that, they want control commensurate with that.  The more money they are putting in, the more control they can expect to have.  Bringing those expectations together is really one of the most challenging parts of getting a capital raising deal closed.”

Don Wienbren, attorney with Trenam Law says there are lots of considerations that an owner has to think about in order to attempt to raise capital the right way.

Weinbren says that as an owner preparing to raise capital, it is absolutely critical to gain legal advice from an attorney prior to taking those first steps.

“Because of the regulations, you have to have someone who understands the laws, both in the state you are in, and the federal healthcare laws,” he says.

“Also, if you are borrowing money and not selling an interest in your practice, there are rules that apply to what you are giving as collateral and how that works.”

“Navigating these issues can be done, but there are significant planning concerns to ensure compliance with the law in that regard,” Weinbren says.

On the topic of securing debt, Horton says the process depends on how much debt is needed and what kind of security the borrower has got to offer.

“If you are looking at a business like a surgery center or an imaging center that has large capital equipment, typically you are going to have to give up liens on that equipment.  You are going to have to give the creditors a security interest in said equipment.  Or, if you are talking about an urgent care, for example, which may not have the same level of capital needs and is really a volume and hard work driven business, there you are going to be focusing more on the cash flow of the business, the quality of accounts receivable.  Typically in a start up situation you are going to be looking at some level of personal guarantees by the original owners,” Horton says.

James Hill, Vice Chairman of the law firm Benesch, says that when securing debt, another form that can come up is that of mezzanine debt.  Hill describes mezzanine as a sub debt, with senior debt above it, and equity below it.

As far as interest rates go in the current market, Hill says a lot of them are LIBOR plus 4 or 5 percent if there is an operating company involved.

“Typically mezzanine would be 12 or 13 percent current pay, and they take warrants, but not all mezzanine funds, as they may take PIK interest.  Mezzanine has become kind of an oddity because many BDCs give you the senior, they give you the mezzanine unitranche and it is usually 8 or 9 percent,” Hill says.

“You wouldn’t lend money unless the person put in equity.  You probably would lend a secured loan into whatever they were building.  You could most likely have a discount rate if you want to convert to equity.  However, loans that are not a conversion to equity, are pretty rare.”