Regulations for Healthcare in 2016 and Beyond 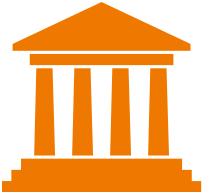 Legal issues are nothing new to owners of Ambulatory Surgery Centers or Urgent Care Centers. However, as time goes on regulations and legislation have the habit of changing in ways that can have surprising effects on the rules of running an outpatient business. From new models to current Anti-kickback regulations, The Ambulatory M&A Advisor discusses the various regulatory issues that providers and business owners face when they are attempting to either start up a new business or expand in their current market.

“With the caveat that prognosticating change is best left for prophets, there is a reasonable degree of likelihood that we’ll see movement on a number of issues.  From a regulatory perspective, CMS is laser-focused on payment reform – ACA implementation, ACO’s, 340B Drug Pricing, The Merit-Based Incentive Payment System (MIPS) & Alternative Payment Models (APMs), and the Comprehensive Care for Joint Replacement Model, to name a few. Many of these changes focus on promoting lower-acuity care and bundled payments, and overall are positive from the perspective of providers in the ambulatory surgery center business line. CMS has also been quite active (comparatively) with fraud and abuse regulatory revisions, including some welcomed relaxation of the Federal Stark Law’s technical requirements,” Adrienne Dresevic, founder of The Health-Law Partners says.

Kimberly Kempton-Serra, a Partner with the law firm Garfunkel Wild, P.C. and member of the firm’s health care practice group, says that the healthcare industry will continue to see changes as far as reimbursement goes.

Regardless of a change in administration in 2016, and whether some or all of the Affordable Care Act remains intact, “I think in general, the entire methodology for reimbursement is going to shift away from fee for service, and closer to alternative methods such as value based and quality based.” Kempton-Serra says.

Kempton-Serra says there are several different iterations of value–based and quality-based reimbursement, but the basic idea is that providers get paid more from insurance companies if they are more efficient and effective in the care they provide.

“A physician may actually get higher reimbursement by recommending simple or less aggressive tests and treatments rather than expensive interventions. So, instead of performing an endoscopy, a doctor might first recommend an antacid to see if it works. Under a value-based model, doctors could actually hurt themselves financially if costly tests are the diagnostic tool of choice.” Kempton-Serra says.

The quality based model is more along the lines of providers accepting lower fee for service rates, but earning “bonuses” from third party payors based on good quality outcomes. Kempton-Serra says there is a lot of tracking and reporting required to measure quality metrics, which can be unduly burdensome for small providers.

Kempton-Serra says that at this point it is hard to say how popular the alternative reimbursement models are among providers. Keeping patients healthy depends on a variety of factors outside of a physician’s control, such as patient compliance, which affects physician reimbursement. However, she believes that within the next five years a full shift to some form of value or quality based reimbursement will be inevitable and will no longer be a choice for providers.

Carey Kalmowitz, founding partner of The Health-Law Partners explains that with the value based changes, providers will no longer be compensated on the volume of services provided.  Rather, there will be a premium placed on the quality of care they deliver and the extent to which the care is meaningfully coordinated that yields better health outcomes, reduced expenses and improvement in population health.

“In order to adroitly navigate this payment methodology transformation all providers across the continuum of care will need to be integrated through technology so that patient information is shared and carefully monitored,” Kalmowitz says.

Kempton-Serra also says the anti-trust laws remain very relevant these days as health organizations are getting larger and larger.

“The federal government has actually said no to some of the appeals which is not usual. The market share covered by two massive health systems coming together is considerable, and the FTC does not rubber stamp proposed consolidations. The anti-trust laws can be a true barrier for health care organizations looking to come together. ” Kempton-Serra says.

Kalmowitz says that the primary regulatory consideration in any large-scale business combination invariably will be the application and implication of the antitrust laws.

“The overarching consideration will typically revolve around the question of how the transaction will affect a given market, the effect it will have on access to care and consumer pricing.  As a general statement, any merger or acquisition involving market competitors that potentially limits the availability of healthcare resources and/or has the likelihood of increasing prices to consumers likely will trigger scrutiny by the Federal Trade Commission and the Department of Justice,” he says.

According to Clinton Mikel, partner at The Health-Law Partners, telemedicine and digital health are currently the “wild west” of the regulatory realm. Numerous federal and state agencies are grappling with the fact that health care delivery technology is evolving, and uses for data in patient treatment likewise are also evolving, he says.

“State legislatures, state licensing boards, state pharmacy boards, and, at the Federal level, the FTC, the FDA, and the OCR are all involved in the process of developing an over-arching uniform framework, but, to date, their approaches lack a high degree of consistency/uniformity.  Bringing coherence to the patchwork of overlapping and conflicting requirements is one of the top hurdles for iterating and scaling telemedicine businesses,” Mikel says.

Tom Anthony, Chair of the Healthcare Practice with the law firm Frost, Brown, Todd says that there are currently some regulatory complications seen for urgent cares and ASCs trying to expand in the modern market.

According to Anthony, the legal issues that have to be considered for ambulatory surgery are somewhat easier at the federal level when compared to urgent care. He says this is because ASCs are covered by the anti-kickback statute, but not covered by the Stark Law, making the federal regulatory compliance a little easier.

Anthony says that when examining the regulatory aspect of state laws, they are very inconsistent in the way they regulate urgent care centers. According to Anthony, many states don’t regulate them at all and almost view these urgent care centers like a doctor’s office.

The final area of regulation that Kalmowitz discusses is ACOs.

“There are a variety of types of ACOs.  ACOs that participate in the Medicare Shared Savings Program (“MSSP ACOs”) must comply with the Patient Protection and Affordable Care Act.  Fortunately, MSSP ACOs may avoid application and enforcement of certain other laws and regulations; notably the Stark Law, the Anti-Kickback Statute, the False Claims Act, Internal Revenue Service Rules and Antitrust Laws (collectively the “Healthcare Laws”) if it meets the requirements of the Medicare Waiver Rules and follows the guidance issued by the FTC/DOJ and IRS,” Kalmowitz says.

“On the other hand, a Commercial ACO does not get the benefit of the Medicare Waiver Rules or other regulatory guidance and must therefore continue to comply with the Healthcare Laws.  Regardless of whether or not an ACO is a MSSP ACO or a Commercial ACO it must always meet state law requirements as they may relate to the probations involving the corporate practice of medicine.”