Understanding Modern Reimbursements and the Process of Getting Paid 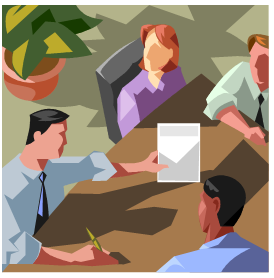 Throughout the recent history of healthcare and examining the markets, reimbursement has always been a hot button issue that providers and payers face on a daily basis.  It seems that most will report on how the reimbursement rates are on a constant decline and climbing out of the hole may be an impossible feat.  However, while the point of annual decline in reimbursements is an important issue, it should also be examined exactly how much providers understand about the reimbursement process and some of the ways that they can secure higher rates; even at times when the hope of more money may seem lost.

The Ambulatory M&A Advisor and industry professionals take a close look at the way that payers view the process of reimbursements for providers.  As payer contracts change throughout the years, providers are caught in the debate between several options for reimbursement. Flat-rate reimbursement, value-based reimbursement, pay-for-performance, and the traditional fee-for-service (FFS) option are some of the many options providers face. In the past we have examined some of the differences between options, and today approach how the systems work, ways to negotiate higher rates, and other tips for earning a higher reimbursement without having to stretch oneself too far.

Bert Orlov, Director in the Healthcare Services Group for the advisory and accounting firm EisnerAmper says that conceptually, the most important point to make is that healthcare insurance reimbursement makes the healthcare provider industry different from every other industry because of the intermediary role of the insurance company.

Steve Selbst, CEO of Healthcents Inc. says that when discussing misconceptions, there is a number of them that come to the top of mind.

“One would be that the payers are going to cooperate and provide increases if you happen to be connected with somebody such as a medical director that works for the payer.  Being connected does not provide an advantage. Getting to the right person in payer contracting and explaining your value proposition is what wins,” Selbst says.

A second misconception that comes to mind is that a contract can be negotiated at any time.

“What I mean by that is that all payer contracts have stated durations and renewal periods.  The first thing to do is get a copy of the contract and determine the duration of agreement.  It does not matter what your negotiating power might be, if you are in a three year agreement, it’s like a sport’s contract; that is it.  You cannot renegotiate until about six months prior to the renewal date of the contract,” he says.

The third one would be the reverse, where some people assume that there is no negotiation and that if they are handed a contract, whatever the standard contracted rates they must accept it.  Selbst says that may be true, in rare cases, but more often than not, there is room for negotiation, especially for an ASC, and a medical practice with competitive differentiators.

Alla Keinig, supervisor of the billing department at WCH Service Bureau says that another misconception is that many providers think that all claims are paid.

“However, in the reality only CLEAN claims are processed to the highest level of reimbursement. A clean claim is an insurance claim that has no mistakes and that can be processed without the need for additional information,” Keinig says.

Keinig adds that many physician don’t realize that reimbursement process starts prior to submitting a claim. It starts, when patient  first contacts the office. The main factors of reimbursements are patient’s eligibility status, knowledge of patient’s benefits and, of course, correct assignment of CPT and Diagnosis codes.

Orlov says there is an array of situations where a physician is wondering why they were not paid, then the insurance company responds that there was a legitimate reason or an error.  Orlov says that is one category that is ‘unjust,’ meaning the physicians were not paid at all and either there was or wasn’t a mistake that needs to be worked out.

“If your staff really knows what it is doing, they will figure that out in advance, but frequently that doesn’t happen.  The third category is when the insurance company disputes the services.  They could say they did not send required documents, or that the rules of the insurance company will only pay for a procedure with advanced approval,” he says.

Selbst agrees that there are situations where physicians need to dispute denied reimbursement.  He discusses the process that owners should take when approaching this situation.

“We often call this escalation.  The approach that I recommend is that the best practice is to begin a payer contract negotiation with a first level payer contracts’ negotiator in the contracting department at the health insurance company.  The best approach is to begin by sending the request for reimbursement and the corresponding justification to that individual.  You might be successful at that level, but if you are not, it is very important that you allow a reasonable amount of time for that person to respond (3 to 4 weeks),” Selbst says.

“If you don’t get any response, or get an immediate negative response, that would be reason for escalation.  It is very important that you escalate to the next level manager up the chain, no higher, and that you also stay within the payer contracting department and don’t go to provider relations or some other department or Medical Director that may seem like they yield a lot of power.  It is best to work your way up the management chain one link at a time until you get to a Senior Director or VP of Payer Contracting.  It is important that you recast your proposition into a proposition that can be consumed as a “15 second elevator pitch” explaining why it is good for the payer to have you in their network.”

The Rise and Fall of Rates

It is important to know that in reimbursement rates rising and falling are due to both governmental and corporate provisions.

“For Medicare and Medicaid, those rates are set by the government and doctors take it or leave it.  They rise or fall based on what the government thinks a given service is worth and they are adjusted every year, once a year.  On the commercial side it also happens once a year and one of two things happen.  Either the insurance company sets the rates and tells the doctors that this is  what they will be paid; or if you are a rare specialty or large group, you could negotiate with the managed care plan and have a negotiation,” Orlov says.

On the commercial side, regarding the fee schedule, Orlov says for many doctors, the insurance company justifies what it wants to pay, and most doctors in smaller practices take what they offer.  In the case of rare specialties there may be direct negotiation and then that negotiated rate becomes the fee schedule.

“First off, each payer in each state, has their own proprietary fee schedule that in some manner is calibrated against Medicare rates and other payers’ rates for the service, office visit, or procedure.  They may not be stated as a percentage of local Medicare rates.  In fact, fewpayer fee schedules today are directly stated as a percentage of Medicare.  Benchmarking to Medicare is a key determinant of what payers will use in setting up their fee schedules,” Selbst says.

“Payers also have their own benchmarking to compete rates to one another. They also will typically do what is called wage indexing where they will look at the cost of living in each Medicare locality across the country, and then correspondingly will adjust their standard fee schedules to correspond for the index against the index in the part of the country that the provider is in.”

It is important to note that each payer has its own methodology.  Some reveal their methodology and algorithms used to calculate, and others just provide owners with the rates and they have the option to accept them or see if they can negotiate with them.

Selbst explains that there is a law that took effect over the last year called MACRA.  MACRA was passed largely as a response to the “Doc Fix” Bill.  Prior to MACRA being in place, every year, usually right before the stroke of midnight on Dec. 31, Congress would override what was going to be a 20 percent decrease for Medicare reimbursements.

“That was the “Doc Fix” Bill because it would fix the problem of doctors losing 20 percent of their reimbursement from governmental Medicare programs.  MACRA came about as an outgrowth of the ACA to essentially do away with this scramble and problem every year.  Instead, it calls for a graduated .5 percent increase through 2019 to Medicare rates.  After 2019, further upside in reimbursement is possible through various quality of care incentive based programs such as the bundled payment programs, value-based programs, etc,” Selbst says.

“So what causes Medicare reimbursements to rise or fall is the legislation surrounding MACRA itself and then the newfound opportunity to increase governmental reimbursement by providing demonstrated clinical improvements and get rewarded for those outcomes on top of the fee-for-service.”