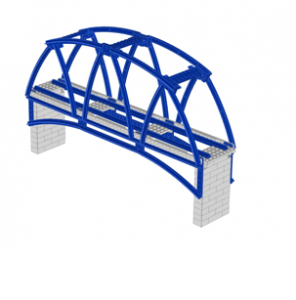 Relationships in any industry are a key aspect to the success of all players in a particular market.  In recent healthcare trends, hospital health systems have been reaching out and making relationships with outpatient businesses like urgent care centers and ambulatory surgery centers (ASCs).  Consolidation of businesses is at a current high and professionals in the field continue to see the trend growing, in their opinions, for better or worse.

Lee Resnick, MD, CMO of WellStreet Urgent Care sheds some initial light as to why these joint ventures and consolidations are happening now.

“We have talked about capturing market share and downstream referrals.  There is a nuanced way to look at that, and that is when health systems are looking to reduce leakage from their network.  So, the fact of the matter is that in your region, a patient goes to a competing health system to access care; say for acute care they go to the emergency room, or they go to the urgent care.  That patient is likely to get a referral there, and that person is likely to be in a competing health system.  That causes leakage out of the network,” Resnick says, adding that once the patient is embedded in this now competing health system, they establish a relationship and the original system might lose that patient due to leakage.

Resnick adds that with the emergence of value-based reimbursement, which is basically at the tip of everybody’s tongue in the current health system world.  Resnick says that nobody quite knows where it will end up; they just know that it is headed there.

“With value based reimbursement, you are essentially incentivized to manage the care of your patients.  It is almost like flipping the old managed care base on its head and incentivizing the actual providers to manage the care, instead of having the insurance companies manage the care.  Well, in order to do that, you have to have a closed network to manage care, and urgent care can be seen by hospital health systems as a critical part of keeping it closed and again, preventing leakage,” Resnick says.

Dennis Hursh founder of the law firm Hursh & Hursh says that in 2017 there will be challenges between hospitals, urgent cares and ACS as far as relationships and joint ventures go.

As far as tips for improved relationships between these parties in these situations in 2017, Hursh says it is hard to deal with somebody that is out to put another business under.

“I think ASCs and urgent care centers in particular have to focus on their referral relationships rather than their relationships with the hospital.  As long as they keep their referring physicians happy and they feel that they are getting good quality, and being listened to, I think that is the key to success.  I don’t see relationships with surrounding hospitals as being a good use of time,” Hursh says.

When looking at the current M&A market and the activity occurring, Hursh says he does predict further M&A activity throughout the year.  Hursh says there is a lot of consolidation and health systems  just keep getting larger and larger.

“I just see a fair amount of roll-ups.  I am seeing more success in a lot of markets where the health systems are starting to take over, with ASCs in particular,” he says.

Hursh says that as far as he is concerned positive relationships with referring physicians is what keeps a business from being able to say ‘no’ when a health system is knocking at the door.  Hursh says that in his opinion, he does not see a lot of positives in the consolidation of health systems.

“I imagine to the extent that there are two to three hospitals in a small town.  Then there may be some duplicative services, but generally, I don’t see where a virtual monopoly is beneficial to anybody but the health system that enjoys the monopoly,” Hursh says.

Manoj Kumar, CEO of Hometown Urgent Care believes contrary to Hursh in that there can be positive impacts in regards to hospital and urgent care relationships.  Kumar says that the main impact is to the community and its patient population.  Kumar says patients can find a UCC easily for situations that would otherwise end up in the ED.  This is more prevalent in the Medicaid population or the ObamaCare Health Insurance population which was traditionally used to go to the ER for small things that were not life threatening.

“If there is a UCC close to a hospital, the access for those specific cases improves a lot, because patients have something that is really close and have an improvement on quality of service over the ED.

If they go to the ER for minor conditions, they will have to wait for a long time.  That dilutes the patient experience as well as increasing the cost.   That is a big factor for the community at large and everyone, because costs at a UCC are initially lower,” Kumar says.

The final benefit is that a UCC’s close proximity helps bring patients from outside the immediate area to the UCC if the UCC has contracts with managed care plans that help bring patients to local hospital areas, and attracting them to zip codes that they would not normally be attracted to.

As a whole, Hursh says the challenges healthcare and relationships face will become a question of trying to perform deals and trying to structure relationships under existing regulatory authorities with the concern that those regulations may significantly either be weakened or removed.

“It just makes it hard to structure a deal when you are unsure of whether the law is going to stay more or less static.  Particularly in M&A, the safe harbors and other laws have been in play for years, and years, and years.  You have some level of comfort.  The fact that there may be a whole new ball game out there soon, I think adds a little bit of uncertainty,” Hursh says.