Rent or Own? The Eternal Question 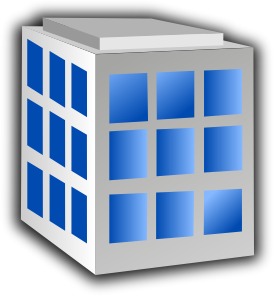 When either starting up a new urgent care business or expanding a brand via chains of centers, physician owners are faced with a very critical question: To buy or lease the retail property of your potential location? The Ambulatory M&A Advisor speaks with physician owners and accounting professionals to help bring to light the advantages and disadvantages of both leasing and owning your next urgent care location.

Dr. Morris Kokhab, an urgent care owner in Southern Calirfornia, currently owns all of the properties of his existing urgent care locations and believes that there are distinct benefits to owning one’s own property.

“One, there is a tax saving, two, instead of paying rent to someone else for many years, why not put the money back in your own pocket?  Instead of putting money into a traditional 401K, I invest money into these properties,” Kokhab says.

Kokhab adds that the most important reason for owning the property is that you are protecting your own business.

“You are investing all of this time and money into a business that is growing.  If you are not protecting your business by buying the property that it sits on, someone else can come and take over the land; force you to move; and possibly set up shop and wreak the benefits of your hard work,”  Kokhab expresses.

Amie Whittington, CPA, senior manager at Horne CPAs and Business Advisors says that comparing the buying and leasing of a business is very similar to an individual buying a house versus renting a house.

“On the one hand you are not building equity in the home if you rent the home, but if you buy the home you are building equity, but are then responsible for all of the repairs that go along with it,” Whittington says.

Kokhab explains that maintenance and other issues can be minor drawbacks that come with owning your own property, but he also says the benefits surely outweigh the problems.

“Owning the property is like running a separate business in it of itself because it requires certain duties such as corporate filings, accounting, maintenance and taxes,” he says.

Kokhab says another disadvantage to owning versus leasing is that owning does slow a brand down from growing.

Depending on whether you own the building or not, you may end up paying rent to yourself.  Whittington says the situation works as one entity earning rental income from the other; the other will have a rent expense of the equal amount.

“It ends up being a net out of the same thing, but you would need to keep a separate set of books if you do keep it in a separate entity,” Whittington says.

Ben Vallier, COO for Hutchinson Clinic says his company dabbles in both leasing and owning their three, soon to be four center locations.

Vallier approaches the benefits for leasing by saying that obtaining a lease means that it is not always a big commitment up front depending on the type of the property and how well outfitted it is at the outset.

“If it was a fast food restaurant previously, obviously that’s a different endeavor than a chiropractor or dentist’s office that may already have some of the medical feel to it and physical layout.  Assuming you can find a property that takes reasonable upfront investment, and you can lease it, for me, that’s always something of interest,” Vallier says.

According to Vallier, the interest of leasing pertains to not having to be involved with the day-to-day maintenance involved with owning a center.  Vallier also says that it is always much different to acquire a property in a high traffic location as opposed to leasing it.

“Many times when you are talking about de novo ventures like an urgent care clinic, you never know what the long-term outlook is going to be, so looking at a 3-5 year plan as opposed to a 10-15 year plan can be very different, particularly with retail locations on the corner, in a strip mall, or near suburban neighborhoods,” Vallier says.

If looking to buy rather than lease, Kokhab advises that before a potential physician owner jumps into the real estate ring, that they have to have the initial capital.

From a cash flow standpoint, Whittington says that owning a building, the owner would have to have cash at their disposal to handle maintenance issues.  However, with leasing it’s just a straight lease payment.

“You know exactly how much you are going to be paying each month.  Your rental could go up but there aren’t really any surprises when you have to go pay for repairs and things like that.  So, if you have the cash and you want to own the building and want to take that risk that it could depreciate later, that’s a good thing.  It’s the difference between cash flow versus building equity, meaning you could have more cash if you lease, in theory, but you’re not building any equity in it.  You are just paying rent to pay rent,” she says.

Vallier says that not only are there financial advantages for both owning and leasing, but there can also be advantages in terms of tax deductions based on your situation.

“I would always advise someone to get all of the essential details, all of the operating costs at as micro-level as they could, and then have their tax accountant do a little bit of a valuation,” Vallier says.  “In a purchase situation, you are able to deduct your depreciation and your interest expense from your net income, which would reduce your total tax outlay.  Whereas when you lease, you are able to deduct your entire lease payment as an expense against your net income. It really is a matter of what is your lease cost, versus what is your depreciation, mortgage payment, interest expense,” Vallier says.

From a tax standpoint, Whittington says the tax advantages depend on how you structure the business. Whether you own it personally, whether you are going to own it through your business, Whittington says  most clinics her company works with, if they do decide to own the building they will set up a separate entity to technically own the building, approaching the ownership from more of a liability standpoint.

“Most of our clinics, whether they are corporations or partnerships, they usually go that route if they do decide to own the building that they want to practice in.  I will say that we have sat in on discussions with physicians about whether they want to do this or not, and it kind of boils down to, “Do you really want to be in the real estate business?  Do you want to be responsible for all of your payors, all of the utilities, everything that goes along with that?”  For some people, it’s yes, for some people its no.  There are risks involved and eventually, especially if it’s a single person who owns the business, they are going to retire and may want to sell the building.  The risk is, the building could have depreciated in value and they don’t even get their money back off of it,” Whittington says.

It is not quite easy to receive funds through other external resources, generally to deal with soundness care needs. Very popular penicillin antibiotics that fights bacteria. These drugs does not treat a viral infection like a common cold. Kamagra is a cost effective remedy for helping men to sustain an erection. What about online cialis and cialis online? When you order medications like Kamagra you have to know about how to buy cialis safely. Other matter we are going to is undefined. Like many other medicines, Kamagra is also classified ergo of it’s active ingredient. Keep reading for a list of medicines that may cause health problems and what you can do to prevent probable side effects. The most common potentially serious side effects of such medications like Kamagra is back pain. This is not a complete list of feasible side effects and others may occur. Internet is a perfect way to find a physician in your area who treats this kind of malfunction.