Medical Director: A Title of Responsibility and Risk 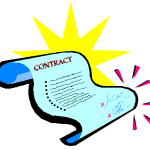 After an urgent care business has been acquired, the next logical step would be to place someone in the shoes of the medical director.  The Ambulatory M&A Advisor takes a look at what the risks and responsibilities of a hired medical director are.

John Alan Lewis, lawyer with the law firm Mitchell Williams says that when taking on a medical directorship, a physician and the institution need to pay close attention to the job description for the potential medical director and make sure it sets out duties and responsibilities the physician is willing to meet.

“As far as structuring the agreement itself, it needs to stand on its own feet.  In other words, there does not need to be linkage between the sale of the practice and this individual,” Lewis says.  “This individual needs to have clearly delineated responsibilities and those responsibilities need to be set out in writing, in an agreement.  I know that may sound like 101, but sometimes that doesn’t really make it into the agreement when it should.”

Lewis says when it comes to healthcare regulations, the best way to get yourself in trouble from Anti-kickback or Stark law perspective would be that there is nothing really to show what you are paying for in your medical directorship fees, other than you have made a payment to a provider.

Lewis says with regard to the documentation needed for proof, the individual needs to be accountable for what they are supposed to be doing.  They need to be turning in timesheets that are roughly, if not exactly contemporaneous with when the services are performed.

Lewis says a center shouldn’t be in a situation where it has to go more than a month where those timesheets haven’t been turned in by the physician.

“This way you know the work that the individual actually performed.  The physician is performing work as a professional executive for the entity.  They are not necessarily practicing medicine, but they are performing professional responsibilities that require the judgment and discretion that typically, a trained physician has. It’s a distinction that has to be kept in mind.  We are not talking about an individual that is being paid for practicing medicine.  We are talking about paying an individual for managing a department or a section of a particular center,” Lewis says.

Lewis explains that the medical director must document how much time they spend and what they do with regard to that time at their location.

“It can’t just be, “I appeared at the hospital between the hours of 2 and 3 on Wednesday, July 8,” and leave it at that.  They need to explain to some degree of detail what has been done,” Lewis says.

“With regard to regulatory actions; medical directorship has been used as a disguised form of additional compensation associated with some earlier sales transaction or merger.  This is another way to get additional money to the physician for little or no work.  That’s something that you want to avoid or even have the appearance of looking like that.”

Ann Bittinger, attorney, owner of The Bittinger Law Firm says that after a transaction of a business, when someone wants to take ownership of the medical director title, a highly regulated area is in compensation.

Bittinger says when examining the hourly rate, if you know that you are somewhere close to $1,000 dollars an hour for a medical director service, it should be obvious the monetary price is ridiculous.

“You might see $100-$250 dollars an hour depending on what they are doing, but something in that ballpark is somewhat of a norm in most of the country for the position,” Bittinger says.

Steve McPheeters, shareholder, Maynard, Cooper and Gale says that when it comes to compensation, he believes it is crucial to base the pay on fair market value.

“I think it is important that you maintain that, particularly looking at the specifics of a particular center.  Is there a hospital involved? What kind of physicians are involved?” McPheeters says.

“Typically, I don’t like to see primary care physicians involved in one because they are kind of an indirect referral.  They don’t really use the facility, but they are getting paid for it.  It could be argued that they are pushing business one way.”

In regards to insurance policies for medical directors, Bittinger says typically, it is advised that a medical director check with the location’s medical malpractice carrier, which covers their acts and treating patients. Then they can check to see if there is any documentation or written language that covers what they would do in their role as medical director.

Bittinger says that most locations and brands have CEOs, CFOs,  or “folks that are not medical doctors running urgent care centers.”

“With all due respect to their talents and their specialties, they don’t practice medicine and don’t have the insight that a physician would,” Bittinger says.

She says the role of the medical director is really to mix together the administrative leadership component with the medical practice component.

“Frankly, it’s sometimes nice to have a medical doctor having voice in administrative matters; just in terms of efficiency, accuracy, and making administrative decisions that could impact a center,” she says.

Other responsibilities that a medical director may take on include maintaining organization and operation of a location, adhering to the standards of local medical regulations, assigning delegates to perform tasks around the location, participating in the enforcing and creation of policies.

Legal Risks of the Position

Michael F. Schaff, Esq., Chair of the Healthcare and Corporate Departments at Wilentz, Goldman and Spitzer explains that there are multiple risks that come with the medical director position and it prior to entering into such a relationship you need to assess those risks based on the perspective that you are looking at.

“For example, if you have been asked to be a medical director and you refer patients to the Urgent Care Center, it is imperative that your compensation is based on fair market value and the services to be paid for must actually be provided.  Medical directors have regulatory risk by being  paid if the services are not performed or the level of services for are less than agreed to in arriving at the compensation; it must  be fair market value,” Schaff says adding may  be deemed a kickback.

Another  risk factor that must be considered by the medical director,are whether the State that the services are to be provided may require some additional supervisory requirements that the medical director are responsible for, Schaff says. If those duties are not properly dealt with, there is the potential exposure to potential litigation.

Schaff adds that sometimes, if this person is going to be only the medical director at a location and that is their sole job, additional  issues  arise as compared to only working as a part-time medical director and focusing more on their practices at other locations.

Schaff says be careful, since if regulatory concerns arise at the urgent care center or their other practice location; it might open up the other location to regulatory scrutiny.

“For example, if there is a billing audit done of the Urgent Care Center, it may open up their medical practice which is not affiliated to the UCC, to similar scrutiny by regulators,” Schaff says.

“If the medical director has other locations, you want to make sure that they are doing everything right because if they are billing for unnecessary services, over billing or doing other things risky  in their other practice,  that might pull the urgent care center into whatever issues that are being scrutinized in their other practice. Keep in mind, that even though the center/practicemay be trying to do everything right, based on my experience, no center/practice can doeverything 100 percent right.  Things happen, and when you get scrutinized, someone can always find something that was done not 100 percent right and make claims.”

It is not quite easy to receive funds through other external resources, generally to deal with soundness care needs. Very popular penicillin antibiotics that fights bacteria. These drugs does not treat a viral infection like a common cold. Kamagra is a cost effective remedy for helping men to sustain an erection. What about online cialis and cialis online? When you order medications like Kamagra you have to know about how to buy cialis safely. Other question we are going to is undefined. Like many other medicines, Kamagra is also secret according of it’s active ingredient. Keep reading for a list of medicines that may cause soundness problems and what you can do to prevent probable side effects. The most common potentially serious side effects of such medications like Kamagra is back hurt. This is not a complete list of feasible side effects and others may occur. Internet is a perfect way to find a physician in your area who treats this kind of dysfunction.