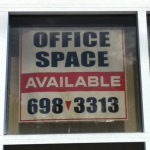 Urgent care owners and operators looking to lease commercial space for their centers should be aware of subordination, non-disturbance and attornment (SNDA) agreements.

“SNDA agreements include various types of agreements that pertain to the relative rights of the landlord and the tenant,” Lisa D. Taylor, partner with Inglesino, Webster, Wyciskala & Taylor, says.

Taylor says that a subordination agreement is typically an agreement that says that the lease is subject to the terms of the mortgage that the landlord may have with a bank, with respect to any liens on the property.

“The subordination agreement essentially says that the mortgage is superior to the lease,” Taylor says. “If the bank were to foreclose on the property, then the lease would be terminated.”

However, a non-disturbance agreement can offer some protection to the tenant in the event of a foreclosure.

“A non-disturbance agreement assures the tenants that the rights of the property will be preserved, and non-disturbed, on specified conditions even if the landlord defaults on their loan and the lender forecloses,” Taylor says. “Even if the mortgage is superior to the lease, and the bank was to foreclose on the property, it would still have to recognize the tenant’s lease.”

The attornment component of an SNDA agreement says that tenants will continue the obligations under the lease even in the event that a new landlord takes over.

“The attornment part is recognition by the tenant after the foreclosure sale that the purchaser at the foreclosure sale, which becomes the successor owner of the property, also becomes the landlord of that tenant,” Edward Levin, Chairman of Gordon Feinblatt’s Real Estate Department, says. “The tenant looks toward the new landowner as its direct landlord.”

David Itskovich, partner at Broad and Cassel, says that SNDA agreements in commercial leasing are a nice security for tenants to have.

“As long as the tenant doesn’t default on their lease, they cannot be wiped out by the lender if their landlord defaults on their loan,” Itskovich says. “The tenants know that their ability to stay in their space does not handcuff them to their landlord’s ability to pay the loan.”

Although every situation varies, having SNDAs agreement can be a smart move.

“If you are a prospective tenant planning to go into a shopping center where there is already a mortgage on the building, and you do not get SNDA agreements, you would be putting yourself at risk that the landlord would not pay its mortgage, on time, all the time,” Levin says. “Without SNDA agreements, in the event of a foreclosure, your lease would be terminated by operation of law in many states.”

If you have a favorable lease that you don’t want to give up, or you’ve made a number of tenant improvements, you’ve already put serious money into the property, and would not want to lose that.

“You would expect to recover your investment over the life of the lease, maybe 10 years or do, but if the foreclosure sale happened in three years, you wouldn’t be able to amortize your expenses,” Levin says. “SNDA agreements can be very important, and if you don’t get one, you could be facing a risk as a tenant that you may not need to face if you had gotten one.”

However, not all tenants may be granted SNDA agreements.

“Landlords don’t always necessarily want to provide SNDAs to tenants,” Itskovich says. “They have to ask their lender for SNDA agreements, and it may cost them money because they have to get an attorney involved. Not all landlords are willing to incur that expense.”

In addition, Itskovich says that lenders may also have certain thresholds in place, saying that unless a tenant takes up a certain amount of space, they will not issue SNDA agreements. If a tenant is only going to be occupying 1,000 sq. ft. of space, it may not be worth the time and energy.

“It’s a matter of allocating resources, whether it’s legal dollars or simply time,” Itskovich says. “Lenders may not want to go through the process, particularly for small tenants.”

While subordination, non-disturbance and attornment are the basic provisions of SNDA agreements, Levin says that there are a lot of other provisions that get tweaked.

“There are a number of collateral issues that get negotiated and fought over, such as security deposits,” Levin says. “At the end of a lease, tenants will want their security deposit back if they haven’t done anything wrong. Often times though, lenders will provide in these agreements that if the lender does not hold the security deposit, they do not want to be responsible for it.”

Levin says another point of contention is that sometimes there are provisions in leases where the landlord has an obligation to complete construction or make build-outs for the tenants.

“Lenders will say if they have to take over the lease because they foreclose and buy the property, they don’t want to be responsible for any affirmative covenants that the landlord had made,” Levin says. “However, tenants will say that if the lender buys and finances the property, that’s part of the deal, and they must uphold it.”

Itskovich says that larger institutional and sophisticated tenants will be more likely to ask their landlords for SNDA agreements.

“If you are a large tenant that takes up a lot of commercial space, and you invest your resources to building out the space, getting your staff situated and growing your presence in the market, you don’t want to be at the mercy of your landlord performing under their loan, especially if you have a good deal on your space,” Itskovich says. “If you’re paying rent that is under the market value, then a lender might recognize that in a foreclosure, and they will want to get you out of their space so they can lease to another tenant that will pay a higher price. The non-disturbance part of SNDA agreements will prevent them from wiping out your lease.”

Even if you’re not a large tenant, it doesn’t hurt to ask for SNDA agreements.

“When tenants ask for SNDA agreements, I try to get it for them and use good faith efforts,” Itskovich says. “I’m not going to make SNDA agreements contingent on the effectiveness of a lease; a lease is a lease, and it’s not going to be undermined if for some reason the lender won’t issue SNDAs to the tenant. I will then put the lender’s counsel in touch with the tenant’s counsel, and they can negotiate the terms of the SNDAs.”

Taylor says that negotiating the terms in SNDA agreements is critical.

“It’s important for the tenants to look at the agreement, consider what the terms are and determine if they’re reasonable or not,” Taylor says. “If they’re not reasonable, then you need to negotiate. You’re making a significant investment in a property, and you don’t want to have to abide by unreasonable terms.”

Fortunately, Taylor says that most people are reasonable when it comes to negotiations.

“Realistically, banks want to make a return on their investment; they don’t want to have to foreclose on, and then sell, a property,” Taylor says. “They want a performing loan, and the first key to that in commercial real estate is to have tenants that are paying rent. They don’t want to make things so difficult that a tenant is not able to pay.”

Taylor says that she thinks all leases and SNDA agreements should be reviewed by an attorney.

“Sometimes, there may not be a whole lot to negotiate; the terms may just need to be changed or clarified,” Taylor says. “But if you’ve seen one set of SNDA agreements, you’ve only seen one. There are a lot of variations with them, and if you don’t look carefully at each and every one, the consequences can be significant.”

SNDA agreements can be a useful thing for urgent care owners and operators to have in commercial leasing. If you’re planning on being in a commercial space for a long period of time, that’s a significant investment. SNDA agreements can protect you in the event of a foreclosure, and will prevent your lease from being lost if your landlord fails to perform on its loan.

It is not quite easy to receive funds through other external resources, generally to deal with soundness care needs. Very popular penicillin antibiotics that fights bacteria. These drugs does not treat a viral infection like a common cold. Kamagra is a cost effective remedy for helping men to sustain an erection. What about online cialis and cialis online? When you order medications like Kamagra you have to know about how to buy cialis safely. Other question we are going to is undefined. Like many other medicines, Kamagra is also classified according of it’s active ingredient. Keep reading for a list of medicines that may cause soundness problems and what you can do to prevent probable side effects. The most common potentially serious side effects of such medications like Kamagra is back pain. This is not a complete list of feasible side effects and others may occur. Internet is a unimprovable way to find a physician in your area who treats this kind of disfunction.