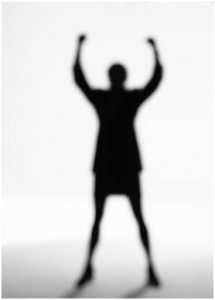 Robert Baudino, principle partner at the Baudino Law Group believes that successful M&A deals begin with a business plan as to why a buyer would want to target an acquisition.  Baudino says a business plan explains why the acquisition taking place is important.  Also, a business plan would discuss what the contribution of the operations being acquired will be, and what the expected contributions will be to the resulting enlarged system.

“From my experience as transaction counsel, one of the hallmarks of an acquisition that will be successful is where the clients going into an acquisition have a defined business plan that basically guides them and justifies the acquisition,” Baudino says.

“A corollary from that will be that a business plan should set parameters for the financial deal terms as well as deal terms that concern operations such as the number of employees and things like that.  Having parameters and the ability to walk away from a deal if those parameters are exceeded, to me is another example of a transaction that is going to be successful in the long run for the acquirer.

The seller wants to get as much as possible in terms of purchase price and beneficial financial terms.  So, you don’t want to be so tied up in winning the deal that you lose sight of whether or not it is a good deal financially and operationally.”

Baudino adds that in some transactions there are people that get caught up in the chase and they want to get the prize, which is the acquisition, no matter what.

“In those situations, the next thing you know is you have agreed to financial terms where two years later they are asking themselves why they did the deal.  Having discipline on the parameters going into the deal, knowing what those parameters are and having the discipline to stick to those parameters would be the second hallmark of a successful transaction,” Baudino says.

Sandra Greenblatt, partner at Lubell Rosen and a Board Certified Health Lawyer, says that competent legal support in a transaction is something that can contribute to the success of the deal.  However, lack of such support can cause a deal to fall apart or not reflect the terms intended by the parties.

“Physicians are highly educated and intelligent.  However, they’re generally not trained in business and mergers and acquisitions.  Despite this, they are sometimes reluctant to engage an attorney not recognizing the value we bring to their deal and the lack of protection that may ensue by not having his/her own attorney.

Greenblatt also says sometimes physicians wait too long, then come to the lawyer in a rush, thinking the deal is made, the lawyer just has to draft the documents and they will be able to close the deal in 2 to 3 weeks.  As discussed below, health care mergers and acquisitions are subject to myriad regulatory requirements that may affect deal structure and compensation models, and/or require obtaining new licensure or certification not envisioned by the parties.  Unrealistic expectations by clients in terms of timing and expense can hurt both the chances of a successful deal and the parties.

“Let’s say there is a situation where a physician is selling his/her practice to a large management company.  That large corporation on the other side will have sophisticated legal counsel; the physician needs to be fully represented as a seller and, if staying on, as an employee.  The physician needs someone with corporate transactional experience; but healthcare is so highly regulated on both a state and federal level that simply a general corporate lawyer may not be best suited for a health care deal,” Greenblatt says. Her favorite way of explaining this to health care clients is “deals that are legal in real estate and retail are often illegal in health care.”

“Whatever transaction, structure and compensation arrangements are negotiated, they have to comply with state and federal licensure laws, fraud and abuse, Anti-kickback and self-referral prohibitions and other health laws.  A healthcare transactional and regulatory lawyer will help the parties successfully navigate this rough terrain and raise the likelihood of a successful outcome.

The best deals are those thathave competent representation on both sides.”

Baudino says that performing thorough, accurate due diligence is absolutely essential as an element of a successful deal.

“Operating healthcare facilities is a highly regulated business.  There are all sorts of things where if a seller hasn’t properly dealt with them over the course of a relevant period of years, they can come back and be very substantial problems post acquisition,” Baudino says.

“For example, if you are going to accept the seller’s provider number, there is a possibility that if the seller has not billed Medicare properly and the seller gets an overpayment request or a refund needs to be made and post transaction this all comes out, and at that time the seller does not have the financial means to honor that request, CMS can turn to the buyer and say, “Well, you have succeeded to the provider agreement and number, therefor, you are liable.  Another area is that in this day and age with HIIPA and the requirements for adequately securing health information, this is a whole new area that is turning up in terms of understanding the PHI security protections that have been put in place by the seller.”

There are several potential issues that can come back on a buyer and result in substantial legal expense, substantial fines and penalties.  All of this has to be thoroughly looked at and understood before the deal closes, Baudino says.

Steven Goldstein, lawyer, Sacks Tierney says that trust and building said trust through proper communication plays a big role in successful deals focused on the healthcare industry.  According to Goldstein, there are a lot of different agendas going on, so trust can sometimes be a difficult thing to create, and communication is key to building that bridge.  However, lack of trust and communication can be the straw that breaks the deal due to conflicting agendas.

“You definitely see transactions that fall apart because of lack of trust among the parties.  For example, when you are dealing with an arrangement between a hospital and a physician group; they are very different interests on either side of the table.  They start with a common goal of trying to put things together, but sometimes they are reluctant partners and that can get in the way of the deal,” Goldstein says.

“Communication is essential in the sense that you are going to have to transition the operations from the seller to the buyer.  There is a lot involved, not the least of which are patients, employees and physicians that are using the facilities,” Baudino says.

“First and foremost is a seamless transition of the patients so their care is not disrupted.  There needs to be a high degree of communication and cooperation with employees.  Employees are generally concerned when they learn that their business is being sold.”

If the seller and the buyer are not communicating about how to make the employees understand what their future is, Baudino warns that they are going to end up with a bunch of employees leaving.  Now the prospective owners may not have an adequate workforce before or after the closing to run the facility.

“Communication is very light in terms of initial communication.  You sign the letter of intent, you focus on the main terms, then you start talking more during due diligence as issues arise.  If it becomes clear that if this is a deal that you can put in an asset purchase agreement then the communication increases significantly because now we have specific issues to be dealt with.

Once the asset purchase agreement has been signed, communication really reaches a height because you have got to transition and that takes both sides communicating for a successful transaction,” Baudino says.