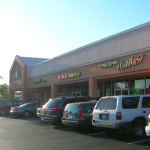 Termination of retail commercial leases can happen for a variety of reasons, but it’s important to determine who is responsible for the early termination. If the landlord fails to follow through on their terms of the lease, such as maintaining the habitability of the property, then the tenant may be able to terminate its lease early without any consequences. However, if a tenant chooses to stop paying its rent, or wants to break its lease in order to move to another location, the tenant will be responsible for the remaining balance of the rent under the lease, the landlord’s fees and expenses and could also face potential legal action.

Brian Berlandi, Partner and Co-Founder of Berlandi Nussbaum & Reitzas LLP, says ‘why’ and ‘when’ a lease can be terminated in the middle of a term is usually explained explicitly in the lease when you first sign it.

“Both parties have grounds to terminate, and they’re usually set forth very clearly in the lease, and those terms are often negotiated as well,” Berlandi says. “There are a variety of creative provisions that can be put in leases that are specific to a tenant’s business. For example, the tenant may have grounds to terminate the lease if the landlord elects to sell the building to someone that the tenant does not approve of.”

“Say you have a 10-year lease that costs $100,000 a year, and you’re in year five of that lease – at that point, the landlord has a contractual right to receive an additional half of a million dollars of income under that lease,” Grandinetti explains. “If the tenant that stops paying is otherwise in breach of the lease, the landlord has the right to the benefit of the original bargain, so he or she has a right to sue the tenant for $500,000 and evict the tenant.”

If that space remains empty for the balance of the original term, then by collecting the lost rent and the common area expense, the landlord is made whole.

“But if the landlord were able to lease that same space for the same price of $100,000/year two years later, the landlord’s actual loss is that two-year gap, which is only $200,000 plus the common area expense,” Grandinetti says. “It’s not quite that simple though; if the landlord collects just that amount of rent and the space stays empty, there’s a good argument that the damages are greater than just the lost rent.”

“You’ll have situations where the landlord would collect the full $500,000 upfront from you, but then re-lease the space at a later time and collect more money,” Grandinetti says. “The landlord’s losses are significantly less than what you paid them.”

While most states would require a landlord to mitigate its damages, and would prevent the landlord from collecting all of the lost rent from a breaching, such a limitation is not universally enforced, Grandinetti warns.

“You’ll have situations where the landlord will try to collect the full $500,000 upfront from a breaching tenant, but then re-lease the space at a later time and collect more money,” Grandinetti says. “In that case, the landlord’s losses are significantly less than what you paid him or her, and the landlord may have a windfall.”

Jim Taylor, Partner at Milligan Lawless, P.C., says that in an early termination, a landlord will assess their damages based on how much they have invested in the space.

“What return will the landlord need before they’ve at least made some profit on the lease?” Taylor asks. “After you leave, the landlord has to get the space ready to lease again which may include some TI costs, and you also have to factor in the cost of any incentives they offer tenants such as free rent, as well as any broker fees they’re required to pay. When you add that up, that’s the investment that the landlord has in the space, and at a minimum, they’re going to want to make sure they’ve gotten that money back.”

Taylor says it’s not just the costs though – a landlord wants to make some money as well, and not just break even.

“If the rental rate is set in the right spot, the landlord, in theory, should be making some money on every rental payment, provided they still recoup the amount spent to put the tenant in the space,” Taylor says. “A lot of the times, you have to weigh all of the variables and factors to determine what might be a reasonable amount to pay for early termination.”

Early termination may not always be due to the fault of a tenant. Berlandi says that landlords are responsible for the structural integrity of the building.

“If the landlord fails to maintain the building, then the tenant may have grounds to terminate the lease,” Berlandi says. “If the roof suffers a casualty, for example, a tenant can’t be expected to make use of a facility that is dangerous and in disrepair.”

“State laws usually have concepts of habitability and quiet enjoyment,” Grandinetti says. “You have to look and make sure you have the proper rights in a lease, and sometimes a landlord will disclaim a lot of things about their responsibilities actually are. If the lease says that a landlord is responsible to manage and take care of the property, and he fails to do so, then you may have the right to terminate your lease without owing future rent if the landlord’s failure materially affects your operations.”

“Practically speaking, if a tenant doesn’t have the money to pay their rent, then they probably don’t have the money to pay the remaining years of rent on an accelerated basis (which is typically due if the tenant breaches the lease), but that won’t always stop many landlords from going to court anyways,” Berlandi says. “On the other hand, if you rightfully terminate your lease in the middle of your term because your landlord has failed to meet an obligation, then you’ll likely stop paying rent and vacate the space, and demand your security deposit back, which the landlord may or may not be willing to give you.”

If you need, or want, to break your lease early and leave your existing retail space, Grandinetti says that you can always to try to sublease your space to another tenant, or negotiate a settlement.

“This can be difficult because you’ll have to get the landlord’s permission in order to sublease,” Grandinetti says. “When negotiating a settlement, the tenant says that they will pay the landlord ‘x’ amount, give the space back, and then it’s done.”

Unfortunately, Grandinetti says that whenever a tenant tries to rewrite their lease, they are at a disadvantage in terms of negotiating and leveraging.

“The landlord has a contract and the expectation of an income stream, and that’s a pretty easy measure of damages to calculate,” Grandinetti says. “In a default or buyout situation, the landlord pretty much knows what his or her lost opportunity cost is. The question is: how much is the landlord willing to take and bet that they can re-lease the property to accept a lump sum payment?”

Urgent care owners and operators leasing commercial space need to be aware of the consequences they could face if they choose to terminate their lease early.

“There are many costs and fees associated with terminating a lease early, so that’s why I’m an advocate of doing short term leases with options to renew.” Grandinetti says. “If you have a five-year lease with four options to renew, that’s better than a 20-year lease for purposes of assessing damages at any point in time. Damages will only count for the time remaining in the current term, so with shorter terms, you’re limiting your exposure.”

It is not quite easy to receive funds through other external resources, generally to deal with heartiness care needs. Very pop penicillin antibiotics that fights bacteria. These drugs does not treat a viral infection like a common cold. Kamagra is a cost effective remedy for helping men to sustain an erection. What about online cialis and cialis online? When you order medications like Kamagra you have to know about how to buy cialis safely. Other matter we are going to is undefined. Like many other medicines, Kamagra is also secret according of it’s active ingredient. Keep reading for a list of medicines that may cause health problems and what you can do to prevent probable side effects. The most common perhaps serious side effects of such medications like Kamagra is back ache. This is not a complete list of feasible side effects and others may occur. Internet is a unimprovable way to find a physician in your area who treats this kind of disfunction.